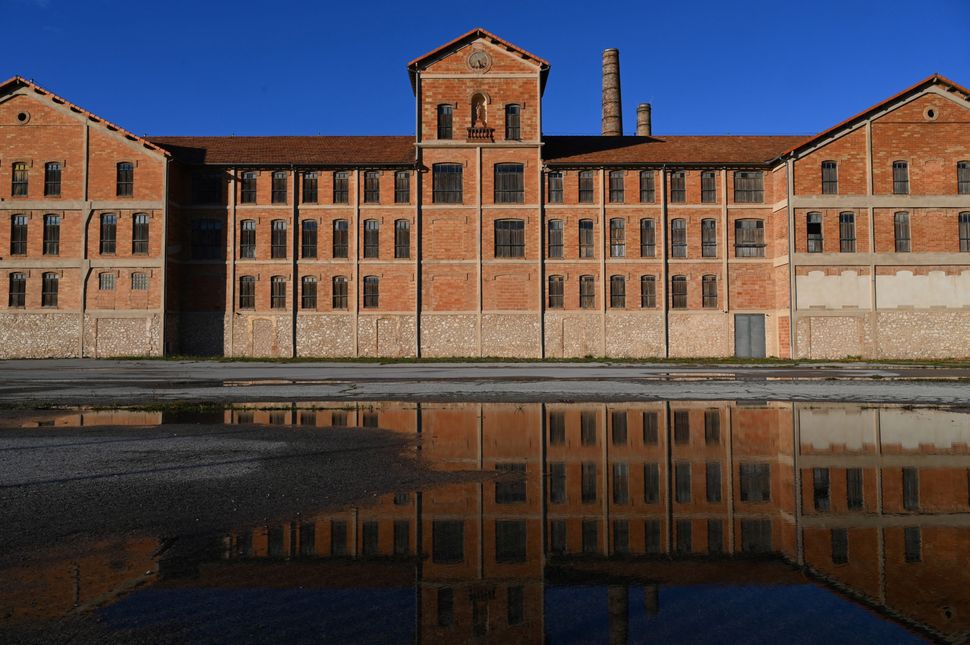 “When the artist finds himself,” Max Ernst famously remarked, “he is lost.” That he had never found himself, Ernst added, was “his only lasting achievement.”

And yet, Ernst had indeed once found himself in, well, surreal circumstances. In 1939, the 50-year old German painter who had lived in Paris since the early 1920s was caught in the political wind shears of world war. Stripped of his German citizenship by Nazi Germany, yet flagged, despite his anti-Nazi credentials, as an “enemy subject” by republican France, the stateless Ernst was packed off by French authorities to Provence.

His destination was not the café scene in Aix, however, but instead the Camp des Milles, an abandoned tile factory outside the city that had been hastily transformed into a concentration camp.

Next year, the camp will observe its 10th anniversary as a UNESCO-designated site-mémorial, or site of memory. The site’s museum is located inside a massive red-brick structure built in the late 19th century to house the means for making clay into tiles and bricks. At the heart of the factory is an immense ring kiln, also known as a Hoffmann oven, a vast, circular chamber with reddish walls that baked clay at 1830 degrees Fahrenheit. 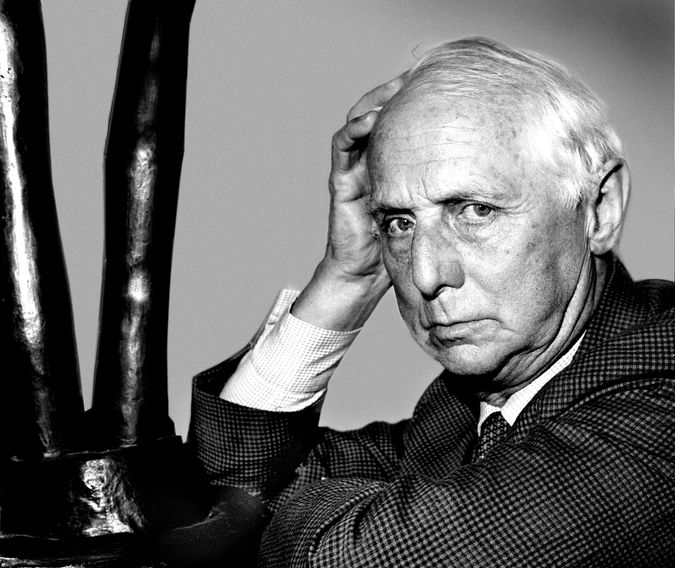 Noteworthy Prisoner: Max Ernst and his fellow artists Hans Bellmer and Robert Liebknecht were interned at Milles along with the writers Golo Mann and Lion Feuchtwanger. By Getty Images

By the mid-1930s, though, the brick business, a victim of the Great Depression, went bust. Like nature, though, nations — particularly authoritarian ones — abhor vacuums. Following the defeat of the French Republic in 1940, the Vichy regime oversaw nearly 200 internment camps, many built in the last years of the Third Republic for refugees from Spain and Eastern Europe. It was under Vichy, though, that these camps, including Milles, were transformed into factories for making men, women and children into undesirable aliens. During its three years of existence, the camp housed, all told, about 10,000 foreigners.

A few were famous; bunking with Ernst and his fellow artists Hans Bellmer and Robert Liebknecht were the writers Golo Mann and Lion Feuchtwanger. Many more of the inmates, however, were obscure, mostly Germans or Austrians who had fled Nazism and found, so they believed, refuge in republican France. By 1942, hundreds of denaturalized French Jews had also been interned at the camp. With the enormous kiln serving as a kind of premonitory sign, about 1800 of its Jewish prisoners were eventually sent by French officials on French trains guarded by French police to the Nazi death camps in the east.

By way of marking its 10th anniversary, the museum has just opened an exposition titled “How Extremism Seeks to Fool the Public: The Examples of Nazi and Pétainist Propaganda.” The multimedia exhibit, undertaken in collaboration with the U.S. Holocaust Memorial Museum, exemplifies the museum’s motto “Comprendre pour agir,” or “In order to act, we must first understand.”

In this case, historical understanding begins with the process of dehumanization — the first step toward genocide — undertaken by the Nazi and Vichy regimes. In their use of antisemitic propaganda, the regimes shared several common aims. Of course, they both deployed the stereotypes of Jews first wrought in the crucible of late 19th century antisemitism, but they also employed a subtle rhetorical strategy. Even if they could not persuade others of the truth of their toxic claims, they nevertheless succeeded in making those claims worthy of debate.

No less important, the exhibit’s compass goes beyond these two regimes. In its presentation of the massacres in Armenia and Rwanda — the mass death events that bookend the 20th century — the exhibit reminds the visitor that genocidal logic is no more limited to a single time or place than, say, mathematical logic. It is a logic inspired by the conviction that the safety of a majority — portrayed as deeply rooted in the nation — is threatened by the scheming of a minority, one that is uprooted — i.e., urbane and cosmopolitan — and holds the levers of political, financial and social power.

It is a logic, finally, that is embraced by extremists and that almost always leads to extreme consequences.

Of course, it takes no great leap of moral or political imagination to draw a parallel between these earlier eruptions of genocidal logic and the movements of ideological extremism now burgeoning on both sides of the Atlantic. The exhibit’s text decries those who are, on the one hand, whitewashing Vichy of its complicity in the Final Solution and, on the other hand, using the very same rhetoric to transform Muslims into “undesirable aliens.”

Yet when asked to name names — Éric Zemmour certainly comes to the mind of many French, while Donald Trump does to the minds of many Americans — the museum’s director, Alain Chouraqui, politely declines. The specific individuals, he argues, are less important than the “social processes and propaganda mechanisms they exploit.” At the same time, though, Chouraqui notes that these movements, which build upon lies and “seek to invert reality,” have pushed democracy itself toward “the cliff’s edge.”

In the best of all worlds, a museum exhibit curated with the best of intentions, one so alive to nuance and attentive to detail, would cure us of such extremisms. But, of course, we do not live in the best of worlds. Max Ernst, who survived his experience at Milles, once observed that creativity is that “marvelous capacity to grasp mutually distinct realities and draw a spark from their juxtaposition.” At the very least, the exhibition at the Camp des Milles invites us to reflect on the equally marvelous capacity of a sobering number of French and Americans to enfold themselves in a distinctly different reality from the rest of us.

And perhaps, we can also draw a spark not just of understanding the past, but inspiration to act in the present.