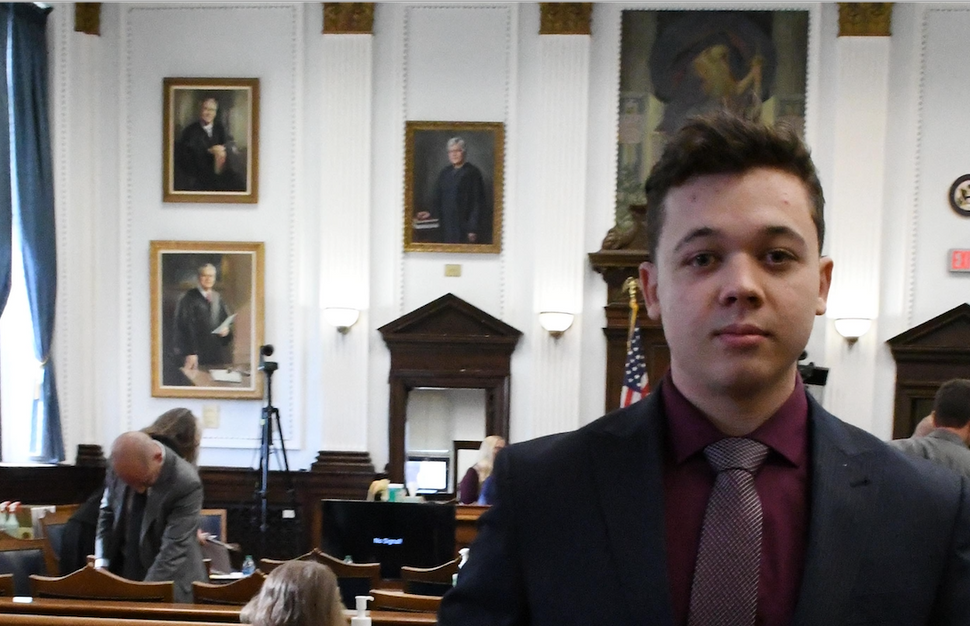 In her account of the trial of Adolf Eichmann, the SS officer who oversaw the transportation of European Jews to Nazi death camps during World War II, Hannah Arendt noted a divergence between the goals of the prosecution and judges. The former, conceived by Prime Minister David Ben-Gurion and carried out by the chief prosecutor Gideon Hausner, was to not just try Eichmann, but also to teach the “lessons” of the Holocaust. In short, Arendt declared, they were less interested in a trial than in a spectacle.

Fortunately, the three-judge panel, led by Moshe Landau, refused to play along. In their final decision — rendered almost exactly 60 years ago, Dec. 11 and 12, 1961 — they declared “no one has made us judges” of matters outside the realm of the law. Their remit was to weigh, as objectively as possible, the case’s facts and the counsels’ arguments, then deliver a verdict based upon law. They had convened this trial in the Beth Hamishpath, or House of Justice, “to do justice.”

That proved as knotty an issue at Jerusalem as it had several years earlier at Nuremberg, given that the unprecedented character of the crimes led to the equally unprecedented creation of new laws to define them.

On Friday, as I listened on the radio to the news from Kenosha, I could not help but think of Arendt’s book. Of course, the homicide charges against this teenager have nothing at all in common with the charges of genocide brought against Eichmann. Neither does the character of the trial — in Kenosha, it was a jury trial; in Jerusalem, it was a bench trial — the personalities of the two charged individuals nor the historical contexts in which they occurred.

Yet, Arendt’s reflections on the trial in Jerusalem do evoke parallels to the trial in Kenosha. Some of these parallels are superficial. For example, the trial occasionally veered into spectacle. Oddly, this was the work not of the prosecution, as it was in Jerusalem, but of the judge, Bruce Schroeder. He disallowed the use of the word “victims” to describe the slain men — an opinion “that very few judges,” he said, “share with me.” Or, when a military veteran gave testimony, Schroeder exhorted everyone in the courtroom to “give a round of applause” for those serving the country. 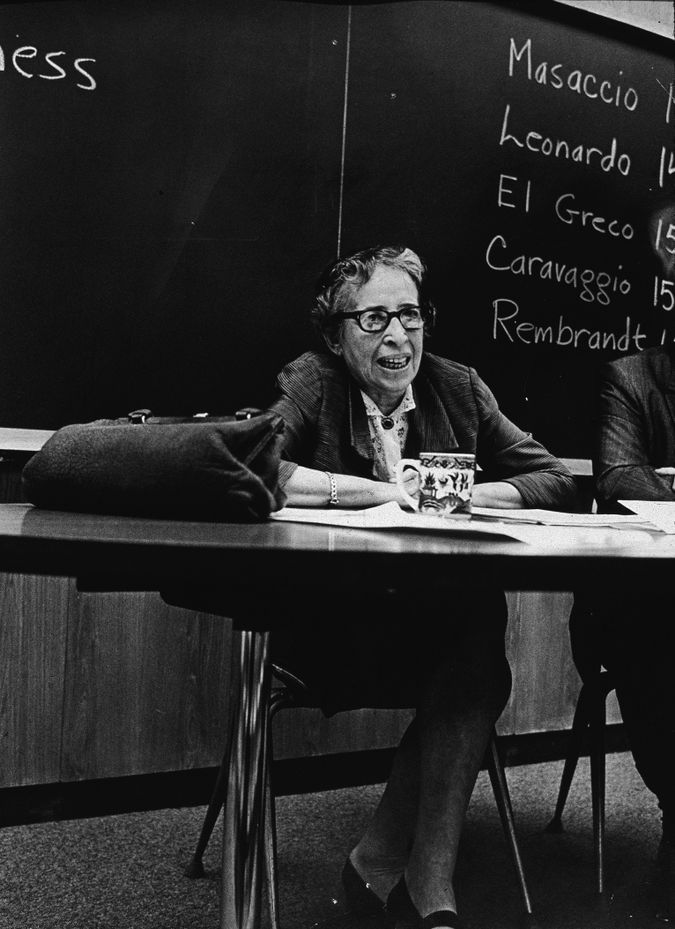 Arendt in Class: Hannah Arendt, seen here at the New School, noted a divergence between the goals of the prosecution and judges. By Getty Images

But there were other and deeper parallels. In Jerusalem, the prosecution confronted a moral and legal conundrum: in the context of Nazi Germany, whose laws were determined by the will and words of the Führer, Eichmann’s actions were perfectly legal. Had he refused to carry out orders, Eichmann protested, he would have broken the law, even if that law commanded him to ship millions of men, women and children to their deaths. This claim made Arendt pause: “This, admittedly, is hard to take.”

As for Rittenhouse, his claim that he acted in self-defense was hard to take only for those who believed he was guilty. And yet, the jury determined that the teenager, who was toting an AR-15 because it “looked cool,” had not violated state laws on that fatal night. Though he did not have formal firearms training, Rittenhouse was nevertheless permitted by Wisconsin law to openly carry a semi-automatic rifle. Moreover, as in most states, Wisconsin law not only allows someone to use deadly force if they believe themself at great risk, but also places a heavy burden on prosecutors to prove otherwise.

This, in turn, leads to yet other parallels. In her epilogue, Arendt dwells on a disturbing paradox: the imperative for a proper legal response to the unprecedented crimes of the Nazis and the incompetence of existing laws. We, in turn, must dwell on the confounding yet coherent conclusion of the Kenosha jurors. A teenager who, toting a deadly weapon with the intent to defend property he did not own, proceeds to use it in order to defend himself against individuals provoked by the sight of the gun, is within his legal rights.

Few legal scholars, on the left no less than the right, have disputed the jury’s conclusion. What the former rightly argue instead is that we must try to write new laws on self-defense based on a different kind of unprecedented reality. It is not, as was the case of totalitarian Germany, that of widespread obedience to leaders and the death camps they have built. Instead, it is that of democratic America, a nation of widespread resignation to the unwillingness or inability of leaders to confront the death factories built by gun manufacturers.

Finally, the Rittenhouse trial, like the Eichmann trial, confronts us with the vexed question of judging. Not the judging done by judges, but the judging done (or not done) by the rest of us when we try to distinguish between right from wrong. Arendt could not stop thinking about the most important accomplishment of totalitarianism: it demolished what we had believed about our capacity for moral judgment. Shockingly, we discovered that “a set of mores, customs and manners could be exchanged for another set with hardly more trouble than it would take to change the table manners of an individual or people.”

Sixty years later, the fragmentation of our media and polarization of our society — the factors that led not just to Rittenhouse’s presence in Kenosha, but national responses to his actions — seem to reconfirm Arendt’s earlier finding. Then as now, our capacity for judgment is not what we might hope and certainly not what we need. Arendt’s own thoughts on judgment are fragmentary. When she died on Dec. 4, 1975, a sheet of paper was found rolled into her typewriter. Titled “Judgment,” the sheet — the first page to her section on judgment for her book “The Life of the Mind” — was left blank.

Yet what Arendt understood by this faculty, as she wrote in her essay “The Crisis in Culture,” is the ability “to see things not only from one’s own point of view, but in the perspective all those who happen to be present.” As the crisis in culture seems close to critical mass, perhaps all of us should try to exercise this kind of judgment as we think about events in Kenosha.