Aaron Sorkin has done his homework on ‘I Love Lucy’ — does that mean we have to do ours? 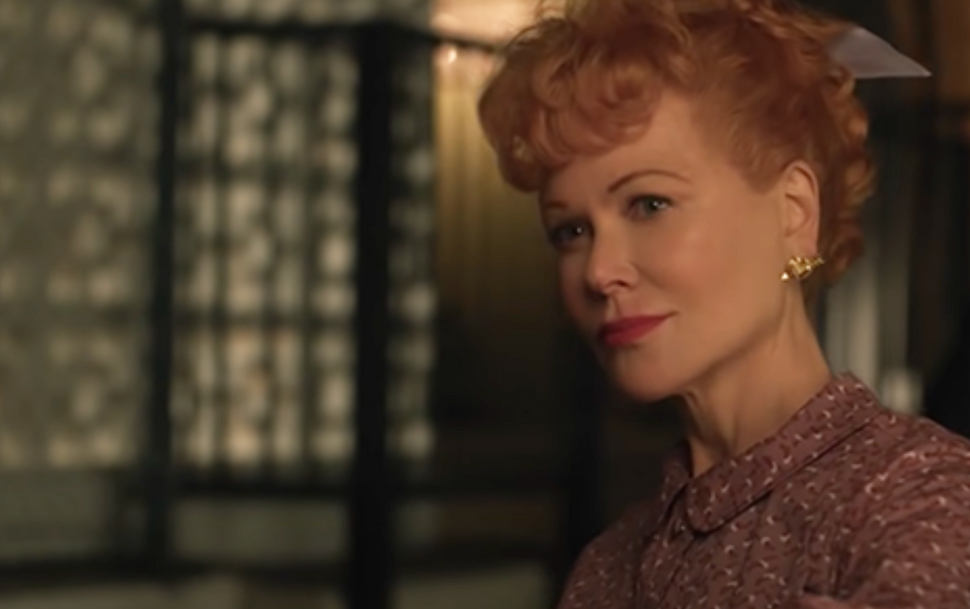 Nicole Kidman as Lucille Ball in ‘Being the Ricardos’ By Amazon

The films Aaron Sorkin writes and directs — so far those would be “Molly’s Game” (2017), about the real-life poker organizer Molly Bloom; “The Trial of the Chicago 7” (2020), about the real-life trial following the 1968 DNC riots; and now “Being the Ricardos,” about the real-life marriage of Lucille Ball and Desi Arnaz, the actors who played Lucy and Ricky Ricardo, the most famous TV couple in history — are premised on two rigid laws. The first is that no problem is so massive that it can’t be buried under a big speech and some nice orchestral music. The second is that, at some point before the credits roll, we will be treated to some A-plus bar trivia.

In “Being the Ricardos,” the trivia starts early — did you know that 60 million people watched “I Love Lucy” in its heyday, so many that between 1951 and 1957, water usage would plummet every Monday night at 9 p.m. EST? I didn’t. Nor was I aware that J. Edgar Hoover saved Lucille Ball’s career. This second bit of bar trivia is baked into the movie’s big, climactic speech. Trying to nip rumors in the bud, Desi (played by Javier Bardem) assures a live studio audience that his wife (played by Nicole Kidman) is not a Communist. Then he proves it by ringing up Hoover, who gamely says his lines and then gets back to wrecking the country or whatever. The audience cheers, the violins shriek with joy, and the next episode of “I Love Lucy” commences filming. In the industry, this is known as a deus ex machina, the machina being a rotary phone and the deus being the founding director of the Federal Bureau of Investigation.

In between the water usage stats at the beginning of the movie and the Hoover call at the end, there is almost no bar trivia. I found this very disappointing. I enjoy useless facts, and usually I enjoy Aaron Sorkin dialogue, too — I appreciate how mannered and artificial it is, how little it cares for the cult of historical accuracy. In the past, this has helped me enjoy Aaron Sorkin movies themselves, much to my middlebrow-averse friends’ confusion; the secret, I’ve found, is to savor the words for their own sake and tune out the plot, much as you should tune out everything but the driving in “The Fast and the Furious” and everything but the sex in porn.

This time, it didn’t work. There is not one line in “Being the Ricardos” worth quoting or savoring, and a couple that are so terrible Sorkin has to elbow us in the ribs to remind us to chuckle — at one point, Desi actually says, “Good one!” in response to a colleague’s joke. If there’s any irony in this exchange (here — as with the Hoover business, as with this movie in general — it seems like there should be some), I did not notice.

The plot, then: the year is 1953, “I Love Lucy” is the most popular TV show in the country, and Lucille Ball has just been pronounced American by the House Un-American Activities Committee. Then, the radio demagogue Walter Winchell announces that Ball is a Commie after all. The same week, Ball learns that she’s pregnant, and that her husband may be cheating on her, and for the next two hours she and a gaggle of costars, producers, writers and other colorful CBS employees scramble to solve all three crises while maintaining a typical work schedule.

All this didn’t sound like all that much when I agreed to write this review — then again, neither did two hours about the creation of Facebook, and look what Sorkin did with those. The problem here is that he doesn’t seem much more interested in his material than I am.

Asked about “I Love Lucy” in a recent Hollywood Reporter interview, Sorkin said, “It’s not a show that if we took a fresh look at today, we’d think was funny, I don’t think.” There are, sure enough, only about three minutes of recreated “I Love Lucy” scenes in this movie. Kidman plays Lucille Ball, not Lucy Ricardo: the tough, business-savvy striver, not the character who made her famous.

Sorkin’s Lucille Ball is quite unlike Lucy Ricardo — as we are frequently reminded, just in case we didn’t get it the first 200 times, female performers had to conform to sexist expectations to succeed in a macho midcentury milieu. It is hard (impossible?) to argue with the insight that actors are not their roles, and almost as hard to build an interesting movie around this insight alone. Yet build Sorkin has.

He is helped by his two charismatic stars. To Lucille, Kidman brings the same blend of sensual and innocent, hard and soft, opaque and vulnerable that one usually finds in her best performances. Bardem’s Desi is a jovial charmer, a Cuban immigrant accustomed to hiding in plain sight even before getting hitched to Lucille — he’s equally plausible as a cad and a doting husband. Less plausible is his chemistry with Kidman. Save for one short, matter-of-fact flashback, this is a weirdly above-the-waist movie — almost hypocritically so, given what a big deal Sorkin makes of how neutered 50s television was.

In fairness, eros has never been Sorkin’s strongpoint — it says a lot that “Molly’s Game” feels as unerotic as it does, considering all the rat-a-tatting between Jessica Chastain and Idris Elba. In any case, there’s nothing in “Being the Ricardos” to rival the sparks between Adam Driver and Lady Gaga in “House of Gucci” (to name another period piece playing in multiplexes near you), nothing to divert us from the plangent point that Lucille and Desi weren’t Lucy and Ricky.

Besides all this, “Being the Ricardos” is sluggishly paced and soggily edited — “The Social Network” seems to have given Sorkin the idea that you can speed things along by skipping around in time, which is true, though here the skips have a funny way of increasing drag. I left the theater suspecting that Sorkin’s heart wasn’t really in this one, and that was before I learned that the film was partly inspired by his producer Jenna Block’s undergraduate thesis.

As Sorkin understands, some facts are so fitting you wouldn’t dare make them up. If I hadn’t known the truth, I would never have guessed that “Being the Ricardos” began as a homework assignment. It would have felt too on-the-nose — too perfect a backstory for a film that made me feel like a weary adjunct professor, never bothering to earn my interest because it expects my undivided attention.

Aaron Sorkin has done his homework on ‘I Love Lucy’ — does that mean we have to do ours?