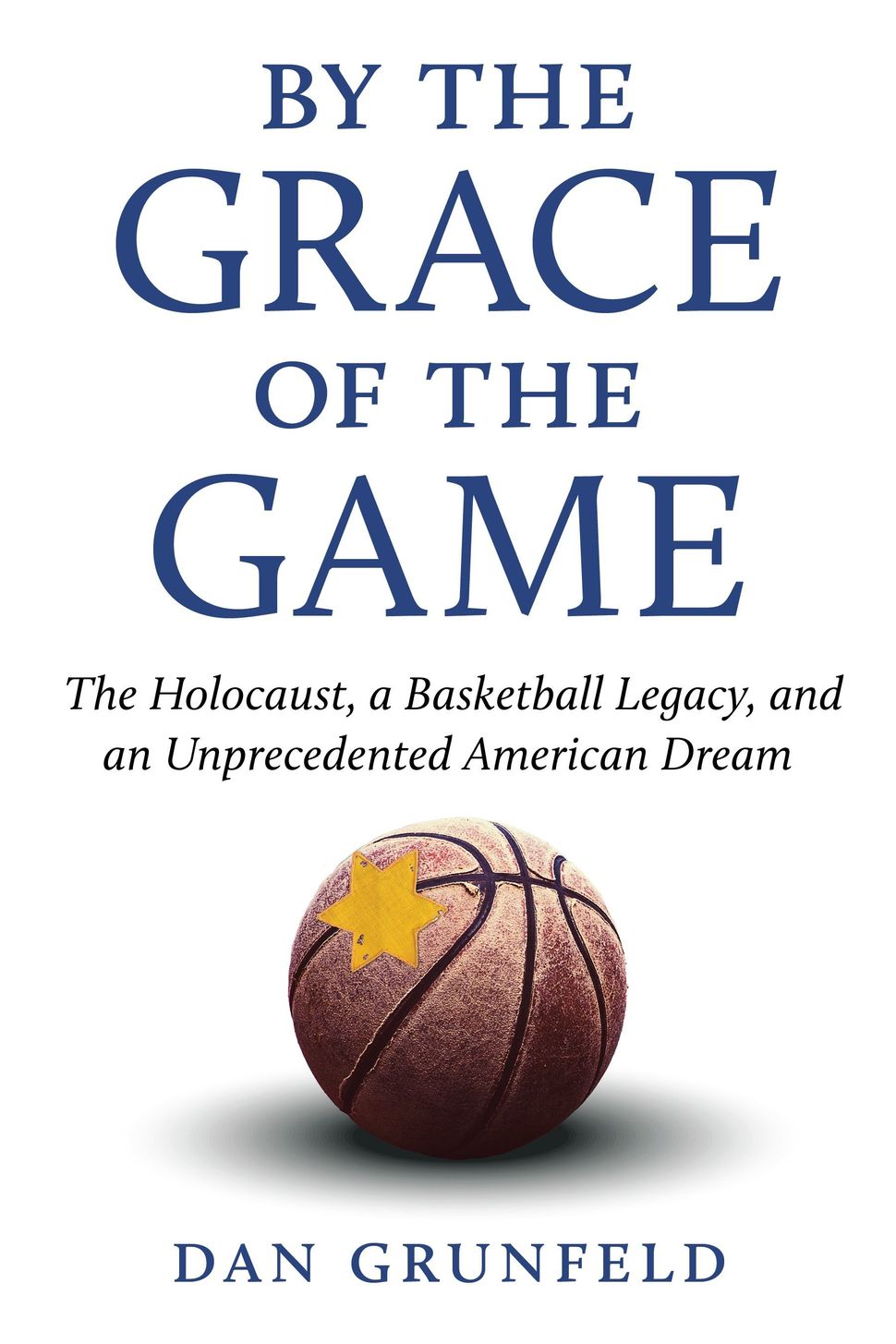 For the grandson of a Holocaust survivor, the irony of Dan Grunfeld’s first contract offer to play professional basketball was a bit on-the-nose. It was not just that it came from Germany. The team that wanted him was from Oldenburg — the first state to put the Nazi party in power.

Grunfeld’s new book, By the Grace of the Game: The Holocaust, a Basketball Legacy, and an Unprecedented American Dream, is about these full-circle moments. Alternating among the stories of his grandmother, now 96, who hid in a Budapest attic as Nazi soldiers executed thousands of Jews outside; of her son, Ernie Grunfeld, a Romanian immigrant who became an NBA ‘lifer’; and his own, Grunfeld tells a powerful tale of Jewish American redemption through basketball.

In the annals of Jewish basketball players, Ernie Grunfeld is as accomplished as they come — a nine-year playing career with the Bucks, Kings, and Knicks and a gold medal with Team U.S.A., followed by decades as a team executive. At the heart of this book is his assimilation into American life on the streets of Queens, and the pride his son — whose birth was scheduled around Knicks road trips so Grunfeld could attend the bris — takes in retracing his family’s steps.

Dan Grunfeld sat with the Forward to talk about the book. The interview has been edited for length and clarity.

Was it hard playing for a German pro basketball team considering the Holocaust’s place in your family history?

I’m probably the only professional player who had to ask his grandmother’s permission to sign his first contract. When I asked if she was okay with me playing in Germany, she said sons are not responsible for the sins of their fathers, and I’ll never forget that. That perspective really had an impact on me, because I can’t say that it wasn’t in the back of my mind at times, especially when I would meet some of the older folks in Germany, wondering what their histories were.

But as it relates to my teammates and the friends I made, I just treated them like people and that’s what I’ve always learned from my grandma and my dad.

How did this book come about?

I interviewed my grandma and my dad for a year and a half. And I didn’t tell them exactly what I had in mind. I needed space to kind of make sense of it all, and I don’t know if I could have written it if everyone was kind of aware. So I did the research, wrote the book, and then I shared it with my family.

My dad is very proud of me, very grateful that I’m telling this story. I talk a lot in the book about privilege, like that’s one of my privileges — I have a generation of separation from this tragedy and trauma, so I can go back and talk about it. So, I think he’s grateful for that, but it’s difficult.

Between your father’s basketball story and your own, the contrast is pretty dramatic. 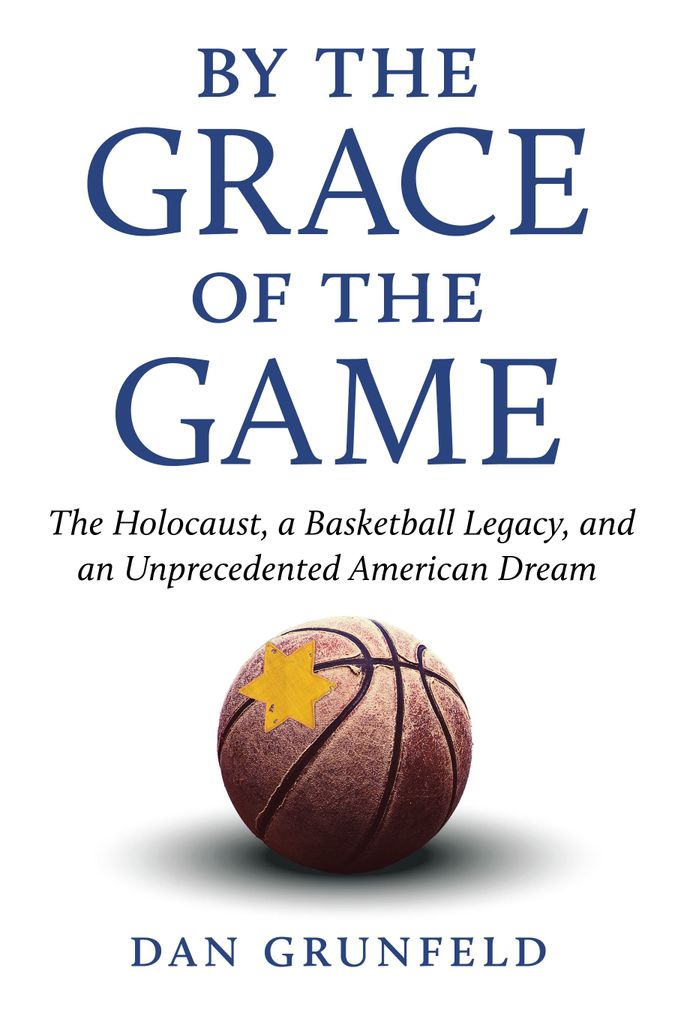 Yeah, my dad’s career and my career are kind of inverted in certain ways. My dad was born in Romania under communism, came to the United States, was a gold medalist for the U.S. and played in the NBA. I was born in an affluent suburb outside of New York City, played for the Romanian national team, and made my career in Europe.

You played in Germany, Spain and Israel in your career. What was your favorite overseas playing experience? I was lucky — I played in really good countries with strong leagues. But Israel was my favorite.

When I was playing in the Maccabiah games in 2009, I remember telling my sister, I’m going to finish my career here. It was just such a special, meaningful experience. As I wrote in the book, my dad and my grandparents had passports to emigrate from Romania to Israel, but at the last minute were able to come to the United States. But the majority of the rest of our family settled in Israel. So to be able to reconnect with that history, to be able to understand the State of Israel and the history there, I just had a wonderful time. And the food’s amazing, too.

You experienced withdrawal as your basketball career wound down. I’m curious how long that lasted. To what extent is the game still a part of your life?

I was really burnt out by the time I retired. I didn’t touch a basketball for a year, though I was working for the NBA at that point. I think I needed that space.

But after some time, I started shooting around a bit, playing a bit. And now I play once a week, when I’m in the Bay Area, and I have a pickup game with some folks that I enjoy playing with. And listen, I have a great time. You know, basketball is one of my greatest loves, I still love to play it. I love to watch it and read about it — it’s in my blood.

And this is how my book starts, right? I was born around the NBA schedule, you know, and Judaism, right? So my dad could be there for my birth and my bris. From the beginning, basketball has been there, and it’s not going anywhere.

There are fewer living Holocaust survivors every year. And concerns about antisemitism and antisemitic attacks are growing. Do you talk about this with your dad and grandmother?

Yeah, we definitely talked about it. I remember speaking to my grandmother after the terrible shooting in Pittsburgh years ago, and she said, “I couldn’t sleep.”

For my grandma, she had seen what can happen. So if there’s a synagogue that’s desecrated, or a fire started in a sacred Jewish place, it’s upsetting.

We try to think about ways to make a difference, and for me, telling my family story is a small part of that. The Holocaust wasn’t that long ago, and it wasn’t that far away. And we need to do everything that we can to make sure it doesn’t happen again.

If there’s one thing people take away from your book, what would you want it to be?

There’s darkness in the book, but there’s a lot more light. You know, ultimately, this is a hopeful story. I’ve always drawn inspiration from what my grandmother overcame, what my dad overcame and from what the game of basketball has done for us. So I hope when people read it, it has that same effect.