Why Bob Einstein — aka Marty Funkhouser from ‘Curb,’ aka Super Dave, aka Officer Judy — contained multitudes 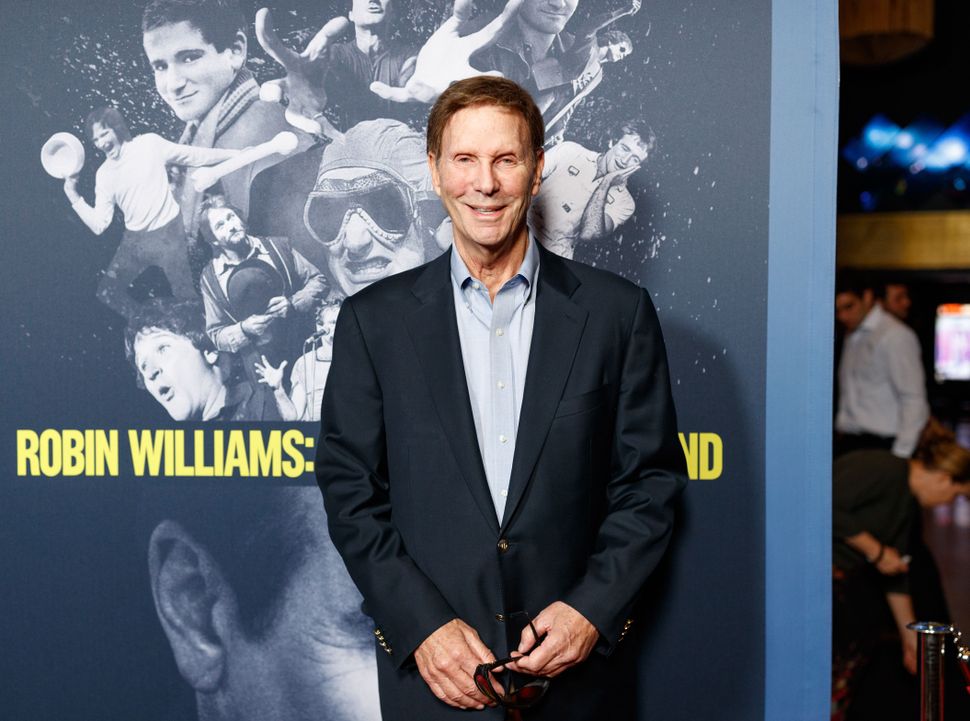 Bob Einstein was a comedic test case in nature versus nurture. In the end, comedy was what came naturally.

The son of vaudevillian Parkyakarkus (né Harry Einstein), who was a crackup on the radio and around the dinner table, Einstein had a showbiz pedigree. And yet, he rejected the call of entertainment until he was 26 for reasons that sound a lot like the origin story of a grim anti-comedian – or at least a very unfunny accountant.

Harry Einstein died onstage during a roast of Desi Arnaz and Lucille Ball. Bob, who had just turned 16, was appalled when he saw his father’s friends using the funeral as a chance to do their acts. So Einstein, who was 6’5 – as his brother Cliff says, “for a Jew that’s like being 7’2” – played college basketball. He worked as an adman. He chided his younger brother, Albert Brooks, for his own designs on Hollywood.

But as chronicled in a new HBO documentary “The Super Bob Einstein Movie,” out Dec. 28, Einstein would eventually make his own contributions to film and television – and do it in his own way.

While Albert made a career for himself as a cerebral auteur and Parkyakarkus was a broadly theatrical dialect character, Bob Einstein was sui generis, a one-man straight man. He was the king of deadpan delivery, even when squashed, pummeled or smeared on the street as daredevil Super Dave Osborne. On talk shows, not even Charles Grodin pretended to take himself so seriously. And no one delighted in Einstein’s comedy more than Einstein himself.

The film, by director Danny Gold of the showbiz documentaries “If You’re Not in the Obit, Eat Breakfast” and “The Bronx, USA,” tracks Einstein’s career from his early days as a writer and occasional actor on “The Smothers Brothers Comedy Hour.” From there we see him launch his own creative enterprises with the subversive cable show “Bizarre,” “Super Dave” and, of course, cement his late-in-life legacy as Marty Funkhouser on “Curb Your Enthusiasm.”

Gold, who spoke to David Letterman, Steve Martin, the main cast of “Curb” and Einstein’s brothers (wait’ll you hear Albert’s impression of Bob) has made a riotous tribute to the late comedian, who died in 2019. And in so doing, he created what he calls a “comedy masterclass.”

I spoke with Gold over Zoom about what made Bob Einstein a one-of-a-kind comedic presence, how the Barenaked Ladies ended up on the soundtrack and why rappers are so fond of Super Dave. The following conversation has been edited for length and clarity.

PJ Grisar: We hear in the documentary how everyone became aware of Bob Einstein, whether it was as Officer Judy or Super Dave. I would love to know how you first encountered him.

Danny Gold: As a fan of comedy, my first awareness of Bob Einstein was Officer Judy on “The Smothers Brothers.” I’ll be honest, I saw it in repeats. I loved his persona. I love the deadpan and then I got to see him in “Modern Romance” and obviously, Super Dave Osborne and Marty Funkhouser.

When did you first meet?

I was interviewing some famous writer-producers of comedy on television and I was fortunate enough to get the opportunity to interview Bob for that. And then, after that, Bob and I became friends. A typical phone conversation with Bob was he’d call you up and he would tell you two or three jokes right off the bat. And then we would discuss the Dodgers. And then we’d have to spend a few seconds on whatever business we had to talk about. So when he passed, I knew what I had and through Hollywood magic, it just came to fruition with HBO.

There are a lot of big names in this but of course, they all knew and loved him and I’m sure were thrilled to be participating — even though Larry David kind of jokes about being reluctant.

Everybody who participated in this movie, first loved him and really had a lot to say about him. The film, in my opinion, in some ways is a masterclass in comedy.

If you watch the film, you see Bob from his first television appearance ever. He has this deadpan down. The way that he would deliver something, he would give you the longest wind-up, the longest set up to the point where the host of the show, whether it’s Carson or Letterman or Kimmel, are almost uncomfortable! And then he would deploy the punchline when he needed to, when he wanted to, when he felt it was appropriate. Bob went for the funny all the time, and it shows. And what’s really cool in this film is you have people like Letterman and Kimmel and Steve Martin showing their appreciation of that and explaining it.

In this particular film I employed this way of doing an interview where I was showing the clip to the interviewee and filming their contemporaneous reaction to it — laughing in appreciation or giving rise to whatever anecdote or explanation they wanted to give. I really wanted to show that connection.

I was sort of surprised how resistant he was to entering show business at first. What do you think flipped that switch for him?

I think that he was influenced by his father and was a fan of comedy in general. And I think he, deep down, had something to say comedically, and he went for it. That first clip he performed when he was still in advertising – he just did it for a goof. But look at what happened. That happens fortuitously to have been seen by Tommy Smothers and then, all of a sudden, the advertising person is in the writers’ room of the Smothers Brothers.

And Martin mentioned how that ad man style made him a unique, punchy voice. I think Albert Brooks says Bob was closer to their dad. He had polio as a kid and stayed home and he ended up doing more long-running characters like his father. But of course these characters are so different from Parkyakarkus!

Bob definitely had his voice and it was the deadpan voice that worked. As Jerry Seinfeld says in the movie, “You only need one thing if it works.” But there was a breadth to his career. Bob wasn’t just this character comic on television. He was a hard-working producer and writer, and I think that really helped him. And then when he got into “Curb Your Enthusiasm,” it’s improvisation, another discipline that he excelled at.

We get a sense of Bob as a a kind of tough, no-nonsense producer from that guy from Barenaked Ladies — and we have this great song now too.

That’s a story in itself.

Yeah, how did how did that end up happening?

I was looking for a song for the film and I wanted an original song. I wanted Barenaked Ladies because I thought they had the right tonality, the right point of view, and I thought that would be perfect. So I reached out to them, through their management, and we had a discussion and it turned out — and this is the fortuitous part now — the drummer Tyler Stewart worked for Bob out of film school in Toronto when Bob was doing “Super Dave” and Ed Robertson, the lead singer of the group, he was a big fan of Bob’s as well and had gone to a few tapings of “Super Dave” in Canada. So they were meant to be.

I was surprised too to learn that Super Dave was getting so many name drops in hip-hop songs. Was that something you knew about going in?

When you make a documentary, you investigate, you research. All of a sudden that started turning out that he was a reference in a lot of hip-hop tunes. And so we were fortunate enough to reach out to Money-B of the Digital Underground. I think he said every hip-hop artist had some Super Dave reference in their arsenal of lyrics. Tupac and A Tribe Called Quest. That just shows the extent of his reach.

Everybody has a favorite Bob Einstein moment that they share in the film. What’s yours?

I’ve got two favorite Super Daves: “King of the Road,” and also “Simba the Elephant,” the very beginning of the sketch where climbs up the scaffolding and he says he’s gonna jump onto the side of an airbag. And all of a sudden, he jumps and he goes, “Oh, I missed it!” It was just so subtle, but just so Bob. There’s so many. The hardest thing about making this movie was whittling it down. Even in the Smothers Brothers I love when Ringo Starr and the Smothers Brothers are singing “The No No Song” and then he comes on with his punchline as Officer Judy.

I was really honored and fortunate to get to spend a few months making a movie about a guy named Bob Einstein who I really admired and considered a friend. We went for the funny. We wanted to show the essence of his comedy, and we were darn lucky to have amazing people commenting on it.

Why Bob Einstein — aka Marty Funkhouser from ‘Curb,’ aka Super Dave, aka Officer Judy — contained multitudes