Lucille Ball may have prevailed over censorship, but on Dick Van Dyke’s show, it was another story 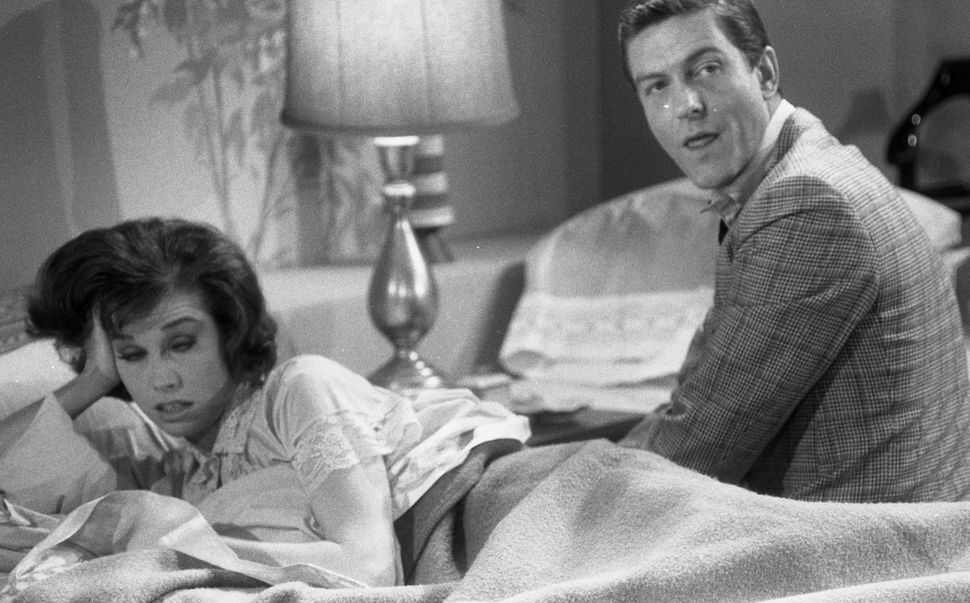 While I was watching “Being the Ricardos,” Aaron Sorkin’s film that dramatizes Lucille Ball and Desi Arnaz’s feud with CBS over showing the star of “I Love Lucy” pregnant, I was reminded of the stifling censorship that existed when I broke into television writing.

Even 20 years after the events depicted in the movie had passed, censorship remained rigid, and the network sent a memo after receiving an episode I’d written, saying, “This is entirely unacceptable.”

It was a response to the first script I wrote for “The New Dick Van Dyke Show,” which included an off-camera scene where the daughter opens the door to her parents’ bedroom while they’re making love.

This series debuted five years after the last episode of “The Dick Van Dyke Show,” the original series that featured the sitcom writer Rob Petrie and his wife Laura. In this one, he was the actor Dick Preston married to Jenny, played by Hope Lange. The scenario in this particular script came about because I’d told producer Carl Reiner, “Dick and Hope don’t have the same chemistry he’d with Mary.”

“OK, let’s fix that,” Carl said, and we went about outlining the plot. With my mother’s “oy gevalt” always in my head, I feared the audience might be uneasy that their 11-year-old daughter Annie had been traumatized by what she’d seen. After consulting with a psychologist, I decided to have the parents discuss that Annie seemed to be avoiding them and wonder why. They realize what happened when they get a phone call asking about a telegram they should have received. Notifying them that an event they were to attend was being postponed.

Horrified that the telegram came while they were having sex, Dick exclaimed to his wife, “That’s why Annie’s been avoiding us. She tried to deliver it and must have seen us.” They initiated a conversation with her, assuring her she’d done nothing wrong, saying they were sorry if she was uncomfortable about seeing something private.

“Does this mean I’m going to have another brother?” Annie asked, relieved to hear it didn’t. To show she was fine, we had her laugh and say, “You sure did look silly,” before putting the incident behind her.

Despite the impact of the Women’s Movement and the availability of the pill, TV in the 70’s remained puritanical, fearing sponsors and audiences would flee if they loosened up. CBS claimed this episode was incompatible with Van Dyke’s family-friendly image.

Devastated that my script had been rejected, I had the chutzpah to send a letter to the president of CBS, asking, “Would you consider airing it with the disclaimer saying it contained sensitive material?”

“The writers of the Bible had more freedom than those of us doing sitcoms,” I complained. Because we were prevented from dealing with bodily functions and sex, censor memos could be funnier than what we wrote. The following were typical of notes sent to show runners at that time:

Please delete “Are you on the Pill?!!”

Please revise “my father was an ass”; calling his father a jackass would be acceptable. 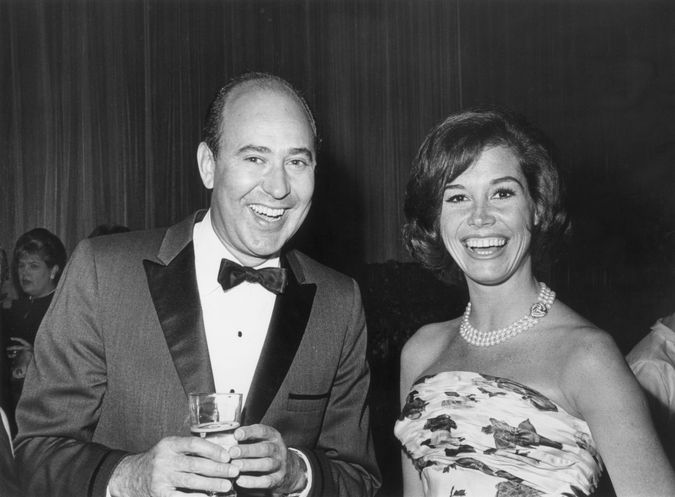 Man of Principle: Carl Reiner (pictured here with Mary Tyler Moore) threatened to leave ‘The New Dick Van Dyke Show’ if he didn’t get to shoot a purportedly controversial episode of the show. By Getty Images

Carl Reiner was angry. He wanted the freedom that was denied to everyone but Norman Lear, who was allowed to deal with bigotry, impotence and abortion on “All in the Family” and “Maude.” He told CBS that he and Dick Van Dyke would cover the costs of shooting the episode.

“If you don’t air it,” Carl told them, “I’m walking off the show.” The episode was broadcast in Canada and though there were no letters of protest, the network refused to run it in America. Carl followed through on his threat, and Dick decided he didn’t want to go forward without him. After three seasons, the series went off the air.

The incident got a lot of publicity, and I wound up being offered a surprising number of assignments that included “The Bob Newhart Show,” “Maude” and a Lily Tomlin special.

“Writing must be hard,” friends and family were saying to me. They were referring to coming up with stories and jokes, but I had more difficulty dealing with sexism and a lack of power in what had been a no-woman’s land. Men often resisted our attempts to present formidable and funny females, not unlike ourselves, so I was excited when my colleagues created “Designing Women,” “The Golden Girls” and “Murphy Brown.”

It took decades but eventually the small screen started to reflect reality. A far more explicit version of my story that CBS had killed was seen by viewers of ABC’s “Modern Family.” “The Americans,” the FX series about Russian spies, went even further with the daughter discovering her parents engaged in mutual oral sex. I was pleased that women were having success with groundbreaking comedies, like HBO’s racy “Girls” and “Orange is the New Black,” where female inmates earned money by selling underwear they’d worn. Meanwhile, “Will and Grace” cleared a path out of the closet, and on “Grace and Frankie,” two women forged a friendship after their husbands left them to marry each other.

Sex seemed to be in the public domain though I felt Amy Schumer should have gotten royalties whenever someone romped around on the small screen. She broke all taboos, spoofing sex and ageism in a sketch using writers and actors Tina Fey, Julia Louis-Dreyfuss and Patricia Arquette, all in their 40s and 50s, celebrating their “last f—kable day.”

I was envious that those responsible for “Modern Family,” “Broad City,” “Insecure,” “Fleabag” and “Insecure” were able to have fun with sex. Ironically, as TV got raunchier, the medium gained more respect – during prime time, late night and even the morning after. Still, when one of their actresses got pregnant, they hid the bump with props or wardrobe unless they came up with a creative way to do it. “How I Met Your Mother” chose to put the character in a hot dog eating contest and attributed the bump to the 29 frankfurters she’d eaten. “Frasier” sent their pregnant woman to a fat camp and “Friends” had theirs serve as a surrogate for her brother and his wife.

As delighted as I am by the changes, I wish they’d happened earlier. A few years ago, I participated in a panel with others who’d worked when I did and was asked, “Which shows would you choose to work on now?”

“All of them,” I answered. “I would have liked to have what they’re having – happy endings.”

But if my struggles played any part in opening doors for today’s women writers, I will settle for that as my happy ending.

Lucille Ball may have prevailed over censorship, but on Dick Van Dyke’s show, it was another story