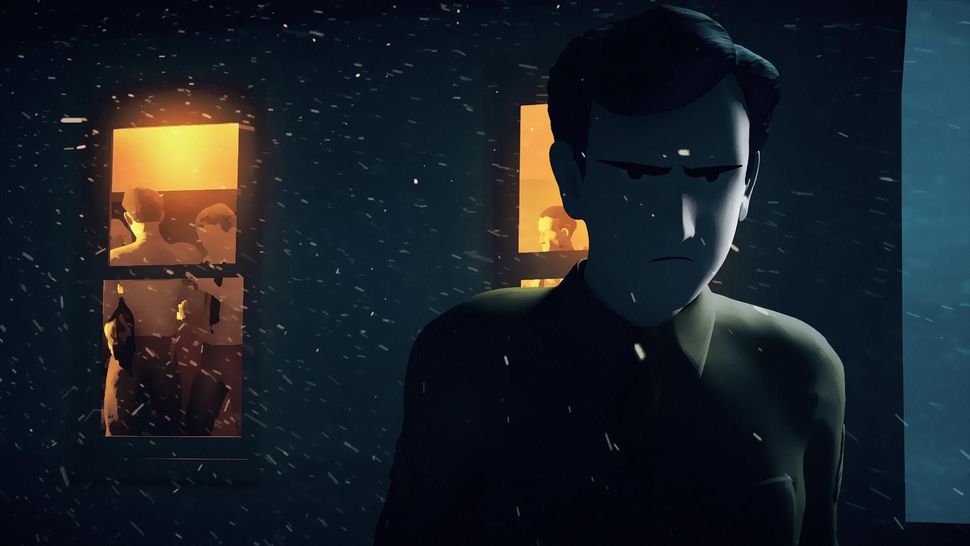 U.S. soldier frowning walking in the snow outside a building; warm light comes out the windows and Nazis can be seen inside socializing Courtesy of netflix

In the wake of World War II, the world united in an attempt to bring top Nazi officials to justice. Though many attempted to flee, they were hunted down; some were assassinated by Mossad, and others were prosecuted in military tribunals and widely-publicized hearings such as the Nuremberg Trials. Those who evaded capture remained the targets of Nazi hunters, on Wanted lists until their deaths. All of them, that is, except for the many Nazi scientists who the U.S. welcomed with citizenship, high-ranking jobs and no repercussions.

Through Operation Paperclip, the U.S. government recruited and relocated Nazi scientists and officials to aid them in the Space Race and the looming war with the U.S.S.R. The initiative is still shrouded in secrecy but even less well-known is a camp, codenamed P.O. Box 1142, where U.S. soldiers — nearly all of them Jewish refugees from Europe — wined and dined top Nazi scientists in an effort to recruit them for the Cold War.

The camp, which was just outside D.C., was destroyed after the project ended, and most of the documentation burned; it remained shrouded in secrecy until the National Park Service discovered its remains. Now “Camp Confidential,” from Israeli directors Daniel Sivan and Mor Loushy — the team behind award-winning docs such as “The Oslo Diaries” and “The Devil Next Door” — finally explores the story of the heavily- classified project; the animated documentary short has just been short-listed for the Oscar. 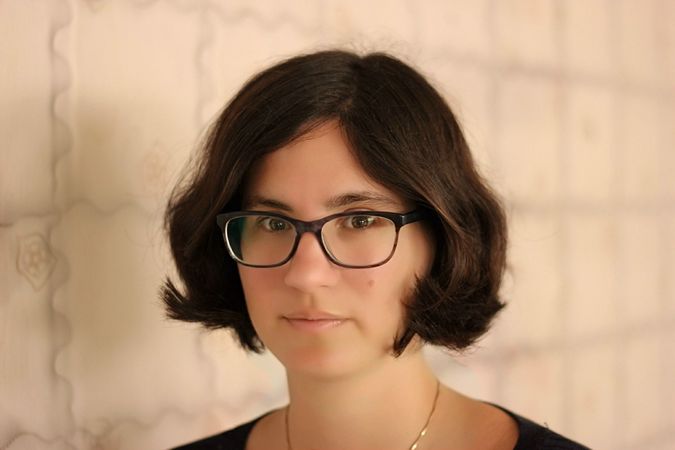 In an interview, Sivan and Loushy said they could barely believe P.O. Box 1142 was real when they first heard about it from producers Benji and Jono Bergmann who were turning the events into a scripted series. But after combing through 300 hours of recorded interviews with now-deceased veterans of the project, done by the National Park Service in 2006, the pair jumped into action, realizing there was little time left to interview the only two still-living soldiers — both in their 90s — who had staffed the camp in the 1940s. 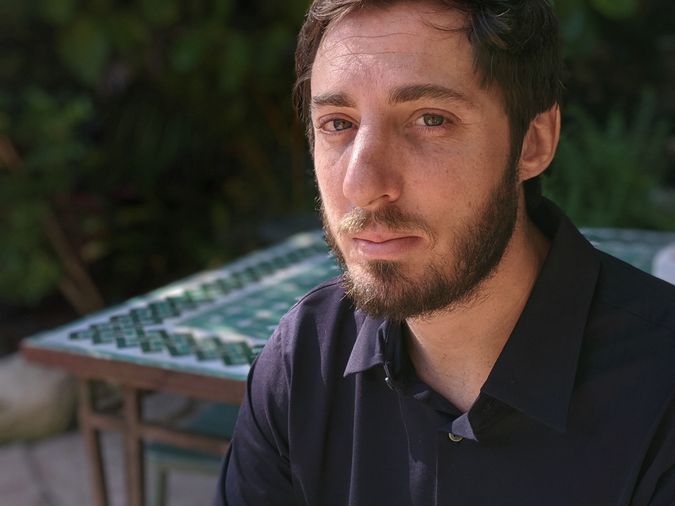 “It was really emotional to go film them because it wasn’t about milking the story out of them — it just erupted,” said Sivan. “It wasn’t that they have repressed it for 50 years. They were dying to tell the story, but it was forbidden. Most of the people took it to their graves.”

Since most of the evidence had been destroyed, Sivan and Loushy decided to combine their interviews with animation to fill in the gaps and bring the story to life. “We always had that challenge of this very big historical event on one hand but very personal testimonies that have been censored,” said Loushy. The animation allows them to bring out the human characters in a way archival footage rarely is able to do.

In the 35-minute film, currently streaming on Netflix, we learn that the soldiers thought they were going to Europe only to be taken in a bus with boarded-up windows to a camp near the nation’s capital. Most were recruited especially for the project because of their German fluency — and, Loushy guessed, because, as Jews, they were highly unlikely to become double agents.

“You have these Jewish refugees and they’re dreaming of taking vengeance on their perpetrators,” said Sivan. “And then it gets turned on its head and they become, well I wouldn’t say slaves, but their servants.”

Illustrations and the archival photos of soldiers at P.O. Box 1142 that inspired them. Courtesy of netflix

At first, the soldiers questioned their German prisoners, with a particular eye to learning more about Germany’s V-2 rockets, the first long-range guided missiles. But the goal soon shifted to recruiting them. “Rocket scientists who were essential to the Nazi war effort were now becoming essential to our war effort,” said Peter Weiss, one of the two surviving soldiers interviewed in the film.

And part of that recruitment was keeping them happy; P.O. Box 1142 became something of a leisure camp. “A decision was made to make me the morale officer,” said Arno Mayer, the other surviving soldier interviewed in the film, “which is a ridiculous title to have.”

The soldiers were tasked with supplying German residents with magazines and whiskey, taking them to nightclubs on the government’s dime and even funding shopping trips at luxury department stores to buy gifts to send to their wives and families back in Germany.

The scientists included men such as Wernher Von Braun, who created the pioneering V-2 rocket. Von Braun worked for the military on ballistics during the Cold War, then later joined NASA, where he became the director of the Marshall Space Flight Center and won a National Medal of Science; he never went to trial for his role in World War II. 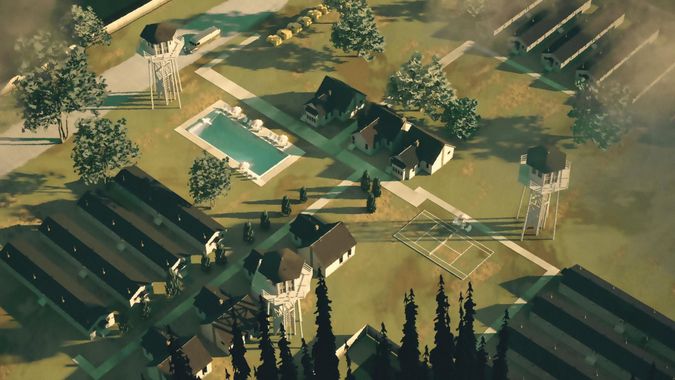 An illustration of the camp based on testimonies and documents. Image by netflix

Sivan and Loushy said that since the film came out, they received some responses defending the recruitment of the scientists given their later success in service of the U.S. “We’re not trying to judge anything in hindsight, but if it was such a clever and moral move to recruit these scientists, why censor it?” said Sivan “The fact that the U.S. bulldozed the camp, classified it for 50 years and burned the documents, it means the higher-ups understood that there was something shameful.”

One of the most surprising takeaways from Sivan and Loushy’s research is how early the U.S. government was concerned about war with the U.S.S.R. — the interviews show that the U.S. had already begun trying to amass intelligence on its weaponry and recruit Nazi scientists to help improve their own military power when the camp was founded in 1942, well before World War II even ended. This completely changes our understanding of the Cold War, yet it’s hard to grasp from the film alone.

This was a purposeful choice; the directors wanted to focus on the emotional impact, instead of cramming in the complex historical implications of the camp.

“When you look at documentaries, they will never be as insightful as a simple Wikipedia page or an article or definitely a book,” said Sivan. “For us, the best thing a documentary can do is give you a good punch in the stomach and make you go read a book.”