In the post-Anthony Weiner and Harvey Weinstein era, a battle against sexual, moral and viral contagions 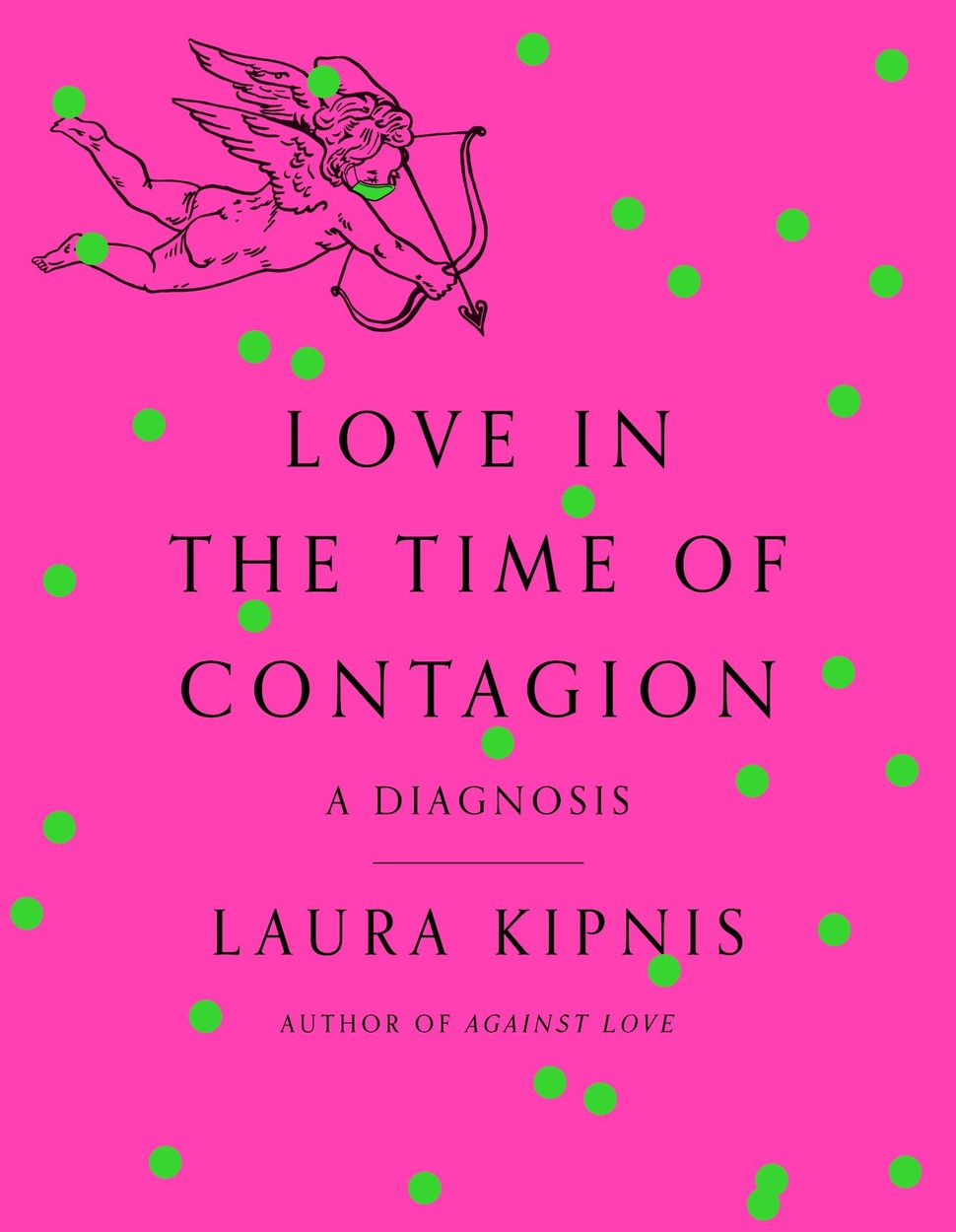 ‘Love in the Time of Contagion,’ by Laura Kipnis By Knopf

Love in the Time of Contagion: A Diagnosis

Enmeshed in a seemingly endless pandemic, we’ve all become amateur epidemiologists, as Laura Kipnis notes, even if we’re not all equally adept at it. In Kipnis’s latest book, she harnesses her caustic prose and scathing wit to another amateur pursuit: a ripped-from-the headlines exploration of social psychology.

In four essays and a coda, “Love in the Time of Contagion” offers what she calls “a diagnosis” of contemporary romantic relationships. It’s a subject ripe for analysis. COVID lockdowns, quarantines and other protocols — and the many quarrels and divides around them — have inevitably shaken the lives of couples and families, not to mention the landscape of dating and the notion of community. Our social arrangements, as Kipnis suggests, have mutated along with the virus, and we haven’t a clue how much trauma, or transformation, will persist. Kipnis’s book, offering testimony mostly from the elite precincts of Manhattan, is a lively, unsystematic, and far from definitive foray into this fascinating terrain.

A prolific cultural critic and former video artist, Kipnis has written widely, and controversially, about love, sex and gender. In her breakthrough 2003 polemic, “Against Love,” she skewered monogamous partnerships as “domestic gulags” and celebrated the excitements of adultery. She’s often managed to be both autobiographical and attuned to the cultural moment. Her experiences as the improbable target of a Title IX gender discrimination investigation by Northwestern University, where she was teaching, inspired her 2017 book, “Unwanted Advances.” Expanding on the essay that triggered her troubles, the book dissected what she calls “sexual paranoia” on campus.

Writing as both a feminist and, at times, an antifeminist provocateur, Kipnis is as likely to spark argument as agreement — which is no doubt fine with her. “Love in the Time of Contagion” borrows the conceit of its title from Gabriel García Márquez’s 1985 novel, “Love in the Time of Cholera.” It aims to ask leading questions about how pandemic stress has affected social and sexual mores. Conclusions are in short supply: After all, everyone’s relationship is different, and some people naturally find it easier to tolerate the cramped quarters and exquisite monotony of pandemic life. The perpetually restless Kipnis — no surprise here — is not among them.

The essay that treats the pandemic most directly is the first, “Love and Extinction.” COVID, Kipnis says, “scrambled open marriages and secret trysts,” making those accustomed to stepping out step back in. Within couples, disputes over COVID protocols raised the question: “What’s a rational precaution, what’s an irrational bulwark against the unknown, and what’s a thin excuse for payback?” 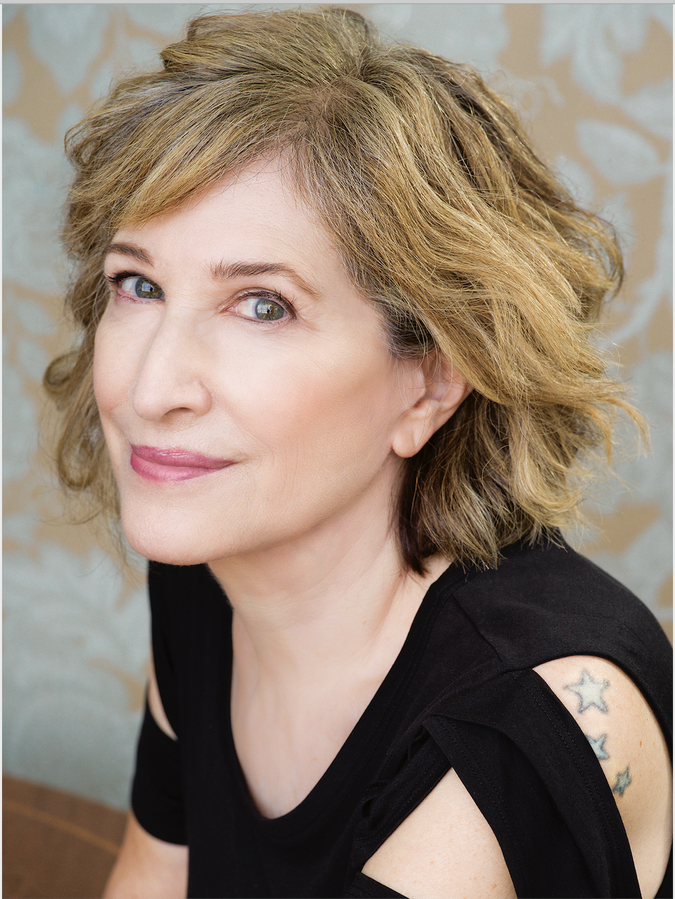 Diagnosing a Sexually Dysfunctional Era; Laura Kipnis suggests that our social arrangements have mutated along with COVID, and we haven’t a clue how much trauma, or transformation, will persist. By Nina Subin

Kipnis sheltered with her boyfriend in his Harlem one-bedroom, leaving behind her own, even smaller Chelsea apartment. The couple, chafing at enforced togetherness, referred to each other as cellmates. “Couple ambivalence that dared speak its name in a pandemic felt unpatriotic,” she writes, “like black marketeering during wartime.” Still, as the irritations mounted, along with trash in New York streets, Kipnis became “a grudge collector par excellence.”

She ends up analogizing the anxieties of intimacy to a viral infection. The challenge, she writes, is, “How to protect your defenseless cells or inner being from spiky roving things that want to invade you, seduce you, bend you to their purposes?”

In “Vile Bodies: Heterosexuality and its Discontents,” Kipnis’s focus is on the #MeToo movement, which she supports — up to a point. The pandemic contributes mainly some terminology, with Kipnis describing the feminist uprising as “a vaccine” against heterosexual male entitlement. Oust the Harvey Weinsteins of the world, she agrees. But what about other men guilty mainly of undesirability (“vile bodies”) and awkward advances? With even a bad joke now seen as a “cultural toxin,” she worries, “the question one brings up at one’s peril is where the new lines should be drawn.”

Among the uncomfortable issues she raises: the gleeful attention being paid to the unattractiveness of male harassers, why women sometimes return repeatedly to abusive men with no obvious power over them, and whether “compulsive sexuality of the encroaching sort” is really a choice on the part of the perpetrator. Former U.S. Congressman Anthony Weiner (D., NY), with his apparent addiction to self-sabotaging sexting, is Exhibit A.

“No one’s hands can be clean enough,” Kipnis concludes. “We’re fighting contagions on every front — moral, viral, sexual.” Waxing uncharacteristically hopeful, she wonders whether the pandemic could “turn out to be a reset, a chance to wipe the bogeyman and -woman from the social imagination, invent wilder, more magnanimous ways of living and loving.”

In “Love on the Rocks: ‘Codependency’ and its Vicissitudes,” Kipnis interrogates the notion of codependency, its relevance heightened by “endless months of compulsory coupled domesticity.” She asks: “Don’t you invariably wind up complicit in the other person’s forms of stuckness, whatever they are?”

Much of the essay reports her dialogue with a male friend still reeling from his divorce from an alcoholic wife. Alcohol also figures in her own relationship; her boyfriend drinks as a means of avoidance, she says, while she embraces “an ethos of clear-eyedness.” In other words, she writes, “we’d both managed to choose partners guaranteed to maximally torment us.”

“Love and Chaos” peers at the romantic exploits and travails of one of Kipnis’s former students, Zelda, described as “queer, Black, and very online.” Mostly eschewing pandemic caution, Zelda has no shortage of dates or lovers. But their in-person meetings are only part of the drama. They all use “phones and screens to create unbelievable romantic chaos and misery,” Kipnis writes. Their online machinations — the tweets and Instagram posts and texting and blocking of texts and tweets — are exhausting to follow. Kipnis suggests that they are emblematic of a more general obliteration of the “public/private divide.”

The book ends with a chapter titled, “Coda: Antibodies,” a listing of comments lifted from the internet “mid-lockdown.” Most mention fights or growing animus or boredom between couples, but a few are brighter in tone. “He’s fun to be with and laughs at my jokes,” says one. “Which is everything.”

“Love in the Time of Contagion” is deliberately prickly and provocative. Its component parts don’t quite form a coherent whole, and they hardly constitute the last word on the important subjects they tackle. But it helps immeasurably that Kipnis writes with such remorselessly entertaining brio.

In the post-Anthony Weiner and Harvey Weinstein era, a battle against sexual, moral and viral contagions