I was Jerry Lewis’ secretary; I believe what people are saying about him 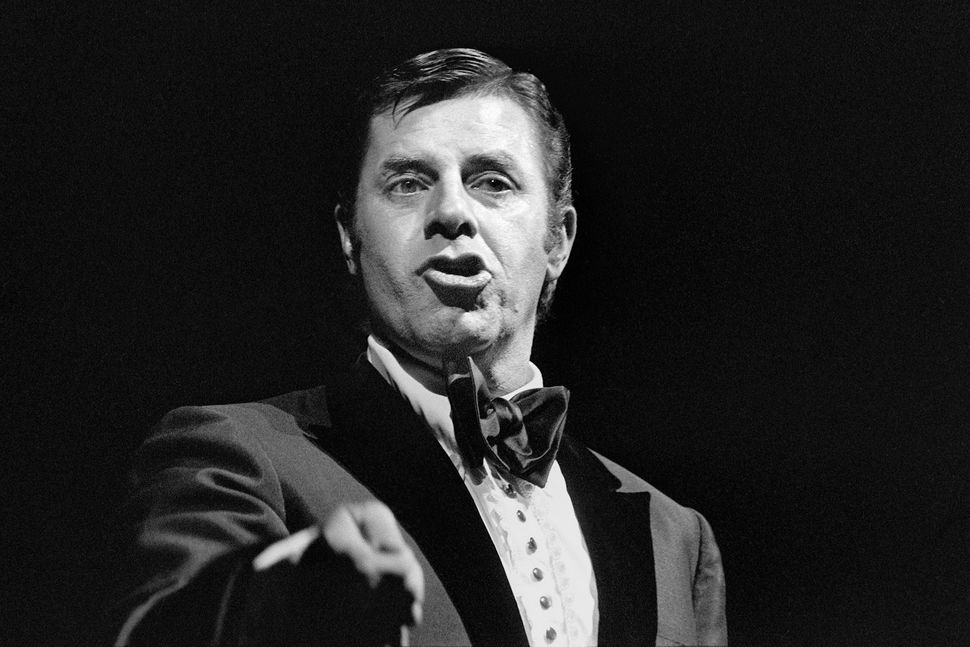 Recent stories about Jerry Lewis having harassed and assaulted actresses brought back memories I’d chosen to forget from the year and a half I worked as the comic’s secretary.

Twenty-three and new to Hollywood, I was excited to be hired by the internationally-known star who played an adorable shlemiel in movies and onstage. But I soon discovered, he was nothing like that character, whom he referred to as “the kid.”

Lewis had a two-girl office. My job was to answer the eight phones. “Get it by the second ring,” the other secretary warned, “or heads will roll.” I would be ordering supplies. “If we run out of his memo pads or cologne, heads will roll. Address him as ‘Mr. Lewis,’ and throw in, “Sir” when you can.”

Minutes after I’d buzzed him and said, “Your wife is on the phone,” I got chewed out.

“Refer to her as ‘Mrs. Lewis,’ not ‘your wife’,” the office manager scolded.

Puzzled, I asked, “Why? Is there more than one?”

“Saying ‘Mrs. Lewis’ is more respectful,” he told me.

“And what should I say when his mistress calls?” I wondered though I didn’t dare say that out loud.

My boss often assigned the same tasks to more than one employee, so the atmosphere was more competitive than collegial. But one lunch hour, the valet, who packed the 20-something suitcases the performer took whenever he traveled, called out that he’d brought back food. “If you want lunch, it’s in the conference room. Help yourself,” he said.

I rejected the selection of McDonald’s hamburgers, and helped myself to a handsome platter of rare roast beef au jus and took it to my desk.

“Where’s my dog’s food!” I heard Lewis scream from the conference room. “Who ate Puff’s lunch?”

I ran back to ask, “Who in their right mind would eat dog food?”

“The roast beef from the Brown Derby was for Puff, stupid!” he growled.

My face was the color of the meat as I put back what was left on the plate and took a Big Mac. The barking order was clear.

I was looking forward to a respite from the craziness when I saw Mr. Lewis and his entourage preparing for a tour to publicize “The Big Mouth,” the movie he’d just shot. But pointing to a huge carton, the other secretary told me, “That’s the fan mail that came when the old man hosted ‘The Tonight Show.’ He’d like you to answer them while we’re away.”

“We have a fan mail service,” I reminded her.

“And I want a detailed report of what those letters say,” Mr. Lewis hollered from another room.

There went my holiday.

Because I’d had a series of temp jobs, staying longer would be useful for my resume. So, instead of quitting, I tried to figure out what I could do to make them regret giving me scut work. What I came up with was to answer the 392 letters on expensive, embossed, Tiffany stationery reserved for personal notes from Jerry Lewis to the White House or Buckingham Palace. And the report I compiled was a work of fiction, expressing my feelings, not those of the writers.

Tossing out the original letters, I sent the report and my replies to Jerry Lewis’ hotel suite in St. Louis for the other secretary to sign. We’d both learned to duplicate his signature. It’s not impossible that people are buying fan photos on eBay that were autographed by one of us.

The call I expected came. “Heads are rolling!” the other secretary said. “Do you have any idea how much this stationery cost?”

On the rare occasions Jerry Lewis communicated with me, he spoke at me, not to me. It was highly unusual, so I was surprised to hear his voice over the intercom, summoning me to his office. I knew not to expect a thank you for correcting grammatical mistakes he’d made when dictating a letter, but I froze when he pressed a button under his enormous desk and both doors slammed shut. I heard them lock.

“Are you afraid?” he asked.

Though I was terrified, I said no, remembering from a documentary shown in a high school science class that you should never let an animal know you’re frightened. My boss said nothing, so I filled the silence by quipping, “What’s the worst you can do? Fire me? I’ll get another job in seconds. Bet I’ll make more money too.” He hit the buttons and I was released.

Hope Holiday told Vanity Fair that, while she was appearing in Jerry Lewis’ 1961 film “The Ladies Man,” he had her come to his dressing room, then hit a button that locked the door. That detail gave her total credibility with me. She said he put on a one-man show she’d rather not have seen. Though he’d suffered many terrible reviews, I’m quite sure he’d have been most hurt by hers as she called his body part “the ugly thing.”

The actresses recounting Lewis harassing and assaulting them explained they hadn’t disclosed their stories earlier because he was so powerful; doing so would have endangered their careers. Until they went public, I didn’t realize that I’d narrowly escaped being part of the #MeToo movement. He was probably turned off by my response, but I’m left to wonder where this might have gone if I’d answered differently.

My mother used to tell me, “Men don’t like funny women.” She didn’t realize that sometimes it could be a good thing.

I was Jerry Lewis’ secretary; I believe what people are saying about him