With Jewish practice being constantly updated, it’s about time for Judaica to catch up 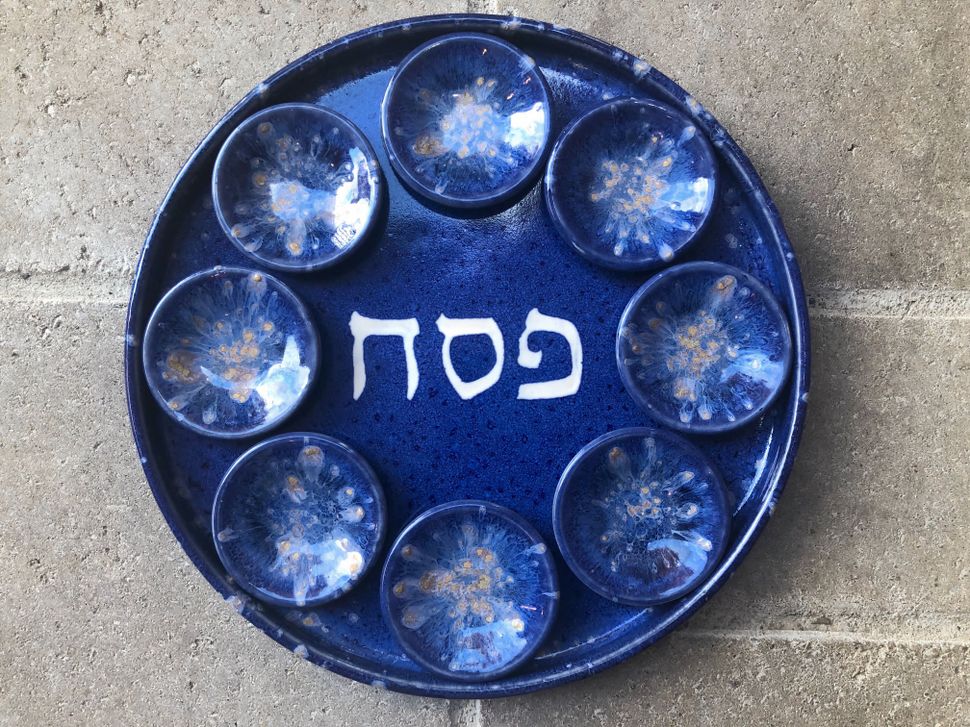 For a religion that has never been static, Judaism has been utilizing many of the same outdated, unchanging ritual objects for what seems like eternity. Judaica has never kept pace with Judaism’s ever-evolving rituals and beliefs, and that’s precisely what Montreal-based potter Sarah Dolin is determined to change.

Dolin creates updated, progressive Jewish ritual objects — many of which have a feminist spin — in an effort to bring inclusion and representation to the forefront of even the most sacred of Jewish rituals.

“I’m taking ideas that have been very well accepted in liberal communities and the ritual objects just haven’t caught up, or they could complement the ritual better,” Dolin told me during a Zoom interview. A New Spin on Pottery: Sarah Dolin at the potter’s wheel. Courtesy of Sarah Dolin

For Dolin, working with clay has always been spiritual, so she said it seemed only natural to start making Judaica with a progressive twist.

“Having the ability to be an activist through my art was very important to me,” Dolin said. “I was really missing the part of me that was fighting for something, and so I’ve been able to satisfy that need inside of me to change things and to move ideas forward that I think improve communities that I care about.” 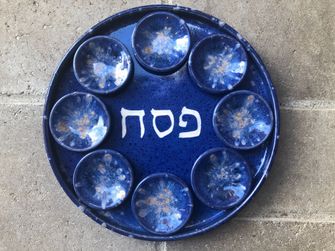 Dolin, who sells her work on Etsy, makes everything from Seder plates to serving pieces, though her objects look different from what you might find at your local Judaica store.

Her Seder plates use eight small dishes instead of the traditional six, providing space for non-traditional objects such as an orange, which is used to represent the hope that marginalized Jews — particularly women and queer people — can be embraced fully by the community. These plates are decorated with words describing vegan substitutions for the egg and shank bone. Dolin’s serving pieces, meanwhile, are adorned with gender-neutral or feminist sacred texts, and she makes Miriam’s Cups to be filled with water and placed on the table next to the Cup of Elijah during Passover as a way to draw attention to the importance of the women, who are often overlooked in the Exodus story. 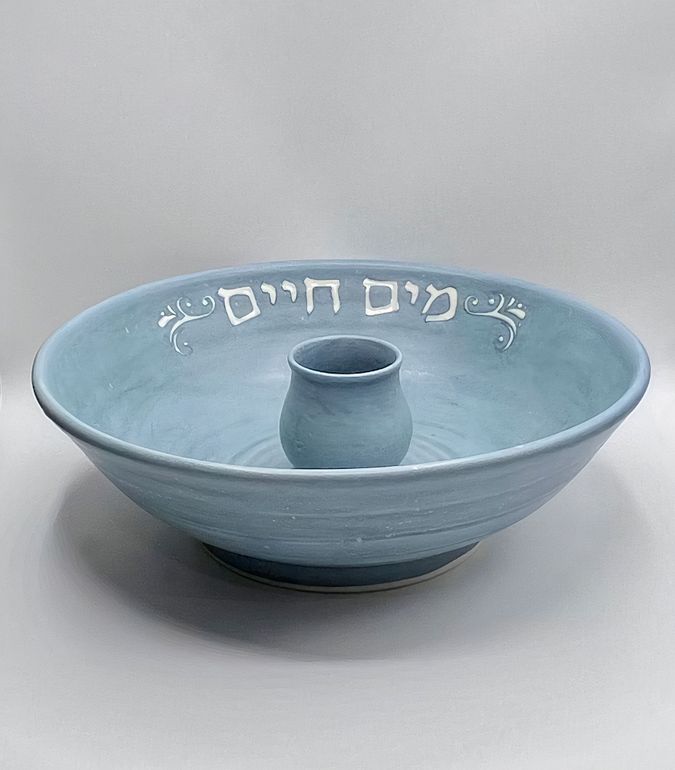 Dolin also makes brit rehitzah (covenant) sets used to wash babies’ feet, often girls, during the naming ceremony — a progressive ritual that was created by female rabbis to remedy the disparity between how Jews celebrate the birth of a baby boy versus a baby girl.

Making sure these progressive ritual objects exist for those who need them is about more than just convenience, she said, it’s about “walking the walk and talking the talk.”

Dolin says she isn’t in the business of trying to convince Orthodox Jews to update their traditions; she is merely creating objects for people who already practice these rituals but have been making do with random kitchen utensils for far too long. 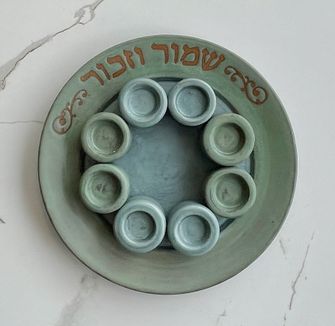 And while she creates these ritual objects for communities that already practice progressive versions of Judaism’s traditions, she said she is also making them for her children and all the other young Jews who long to see their beliefs and values reflected in the religion of their ancestors.

“If we don’t want Jews to grow up feeling like outsiders,” she said, “their way of practicing has to be celebrated.”

Mira Miller is a freelance journalist based in Toronto.

With Jewish practice being constantly updated, it’s about time for Judaica to catch up