Once exceptional, the lives of American Jews have become lachrymose 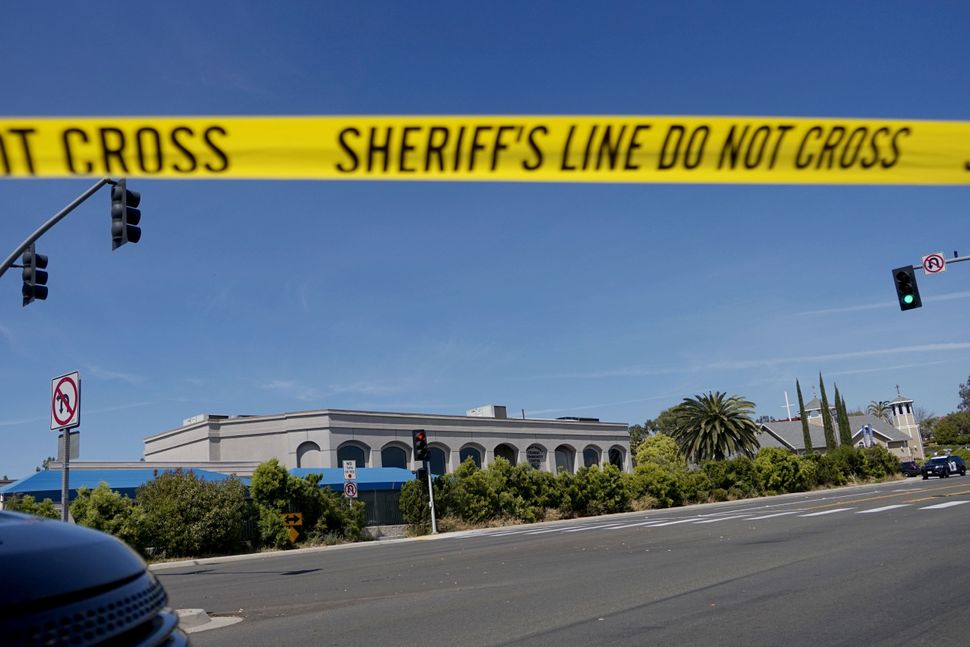 Chabad of Poway: Sheriff’s crime scene tape is placed in front of a synagogue after a shooting on April 27, 2019. By Getty Images

“The Tears of History: From Kishinev to Pittsburgh,” by the renowned French historian Pierre Birnbaum, takes its title from the work of the influential Jewish-American historian Salo Baron. In rejecting what he called the “lachrymose” account of Jewish history, Baron instead insisted that, both in medieval Europe and modern America, our history was more fortunate than Baron and most Jewish historians believed.

In this slim and eloquent work — not yet translated into English and published in France as “Les Larmes d’histoire: De Kichinev à Pittsburg” — Birnbaum takes up this issue by tracing the rise of antisemitism in the United States. Reading the book just days after the attack on the synagogue outside Fort Worth, I contacted Birnbaum, asking him to explain how Baron’s belief — that American Jews, unlike their European brethren, would never know the “valley of tears” — had now become little more than a historical curiosity. I have translated and slightly condensed his reply. 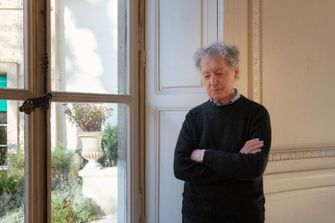 Refuting Salo Baron: In his new book, Pierre Birnbaum traces the rise of antisemitism in the United States. By Francesca Mantovani

Robert Zaretsky: Your book’s title is taken from the work of the historian Salo Baron, who opposed what he famously called the “lachrymose conception of Jewish history.” Given the focus of Baron’s work, why do you use him to start a work on the history of antisemitism in America?

Pierre Birnbaum: Salo Baron strove to show that Jewish history, particularly during the Middle Ages, was brighter than the ‘valley of tears’ portrayed by historians like Heinrich Graetz. Instead, Baron argued, it was only the modern period of emancipation that Jewish history turned ‘lachrymose.’ Shortly after testifying at Adolph Eichmann’s trial, Baron concluded that only American exceptionalism could now give Jews a secure and tearless communal life — one comparable to what medieval European Jewry had known, despite the many crusades and anti-Jewish violence that marked those centuries.

Your book suggests that American Jews, unlike their European peers, succeeded in “preserving a happiness that, while devoid of glory, was based on lives rooted in flourishing local communities.” Could you explain more fully what you mean?

Whether in suburbs or small towns, especially in the Midwest, American Jews had long been sheltered from national crises. As George Washington promised the Touro Congregation, they had found safety under ‘their vine and fig tree.’ While Jews were largely excluded from political power and Ivy League schools, they nevertheless rose from the poverty of the Lower East Side into the liberal professions. This contrasts with the experience of those French Jews who graduated from elite schools and gravitated towards politics, where, like Adolphe Crémieux and Léon Blum, they became national figures. The consequence for French Jewry, though, is that their prominence spurred a virulent form of political antisemitism that American Jews did not know until the turn of the 20th century.

Kishniev pogrom of 1903 plays a pivotal role in your account. In fact, it becomes a kind of historical and hermeneutical ground zero for American Jews for most of the 20th century. Could you tell us why?

Though it was not the deadliest, the Kishinev pogrom of 1903 occurred in the midst of the great wave of Russian Jewish immigrants to the United States. It thus established itself as a founding event in the collective memory of American Jewry, a memory so vital that it felt as if the pogromists themselves had crossed the Atlantic to attack American Jews. It is striking how, even today, Kishinev remains the point of reference for American Jews whenever they are threatened. The events in Kishinev, which figure in the works of writers like Philip Roth and Saul Bellow, Henry Roth and Bernard Malamud, came to represent the ‘lachrymose history’ that Baron had denied. 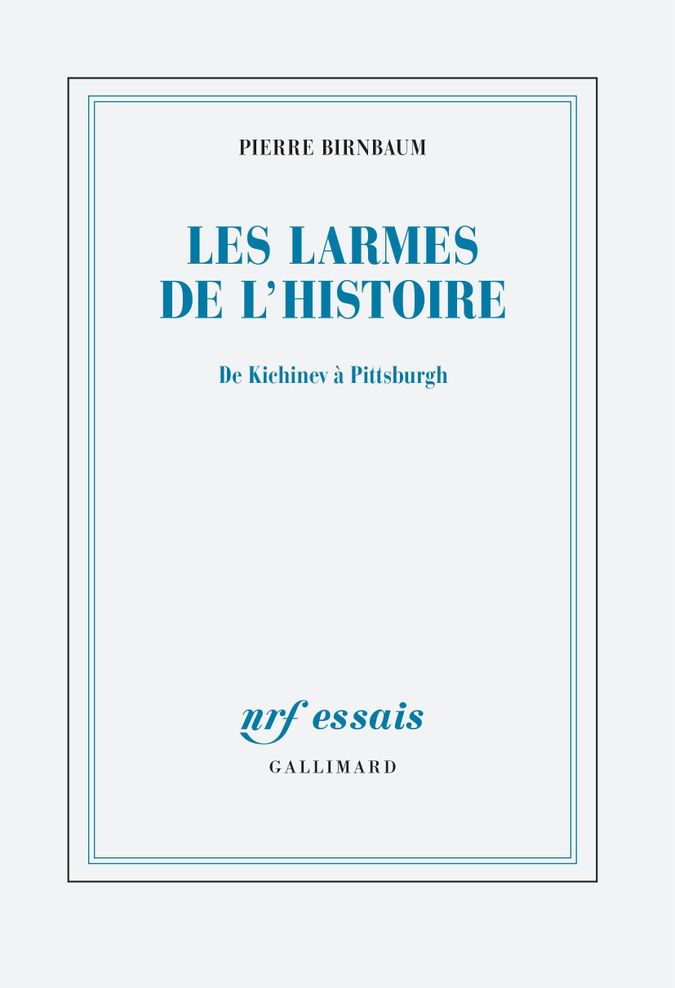 A View From Afar: The title of Pierre Birnbaum’s book translates to “The Tears of History: From Kishinev to Pittsburgh.” Courtesy of Gallimard

Slightly more than a century later, the lynching of Leo Frank in 1915 still shocks. It also serves, in your book, as a counterpoint to the Dreyfus Affair in France. What are the parallels and what was the event’s impact on American Jews?

For several centuries, not a single American Jew had been killed by dint of being a Jew. The Leo Frank affair thus marks a turning point in the consciousness of American Jewry. On the eve of World War I, a respected member of Atlanta’s business community, a Jewish American named Leo Frank was accused of murdering Mary Phagan, a young girl whose body was found at the factory he operated. The accusation sparked an explosion of antisemitic writings that aimed the libel of ritual murder at Frank. Though the one witness to the event repeatedly changed his testimony, Frank was found guilty and sentenced to death.

Pardoned at the last minute by the governor, Frank was nevetheless lynched a few days later by a mob. Due to a number of similarities, this event assumed the contours of an American Dreyfus Affair, but with one crucial difference: the centralized French Republic protected Dreyfus against the mobs, while a decentralized American Republic failed to do so.

You observe that, come the 1930s in America, it appears that France had “exported” its brand of antisemitism to the U.S. How so?

The New Deal radically transformed the destiny of American Jews. For the first time in American history, an effort is made to build a state equipped with powerful programs and institutions with national reach. In some ways, it resembled the model of the French state that had impressed Felix Frankfurter. In fact, as had long been the case in France, Jews like Frankfurter and Henry Morgenthau now rose to high governmental positions, while Louis Brandeis took a seat on the Supreme Court.

Also as happened in France, this newfound prominence of American Jews on the political stage mobilized antisemitic forces like those led by Father Coughlin. As in republican France or, for that matter, Weimar Germany, antisemites in America declared that Jews, having taken over the government, would spell the end of America’s ethnic and religious identity.

Paradoxically, the New Deal offers a raw deal to American Jewry —at least insofar as it spurs the growth of antisemitism. How does this happen and what role is played by figures like Felix Frankfurter, who embodies what you call the “Juif de l’État.”

As in France, the newly-acquired political visibility of American Jews led to the growth of menacing and violent forms of political antisemitism. The period from Roosevelt to Obama has witnessed the rise of the alt-right. It espouses a radical antisemitism, inspired by “Mein Kampf” and the “Turner Diaries” (which was written by William Pierce and calls for a Jewish genocide) which has encouraged countless attacks on Jewish institutions and individuals.

From the neo-Nazi march in Charlottesville to the massacre at the Tree of Life synagogue in Pittsburgh, antisemitic violence continues to grow. In fact, the massacre at Pittsburgh, like the lynching of Leo Frank, marked a turning point in American history : the valley of tears has reached your shores, shattering the hopes of Salo Baron.

In your introduction, you cite Alexis de Tocqueville’s work on America. Two centuries later, yet another Frenchman — Pierre Birnbaum — explains America to American readers. What can a French perspective tell us about American that American historians might miss?

During his travels in America, Tocqueville did not meet any Jews. This deprives his “Democracy in America” of an important comparative dimension with France. The French experience casts light on part of America’s destiny: with the growth of the state and the concomitant rise of Jews into the political system, the destiny of American Jewry, which has shifted from the periphery to the center of public affairs, threatens to fuel the nationalist and populist movements harnessed by Donald Trump. Evidence of this is found with those antisemitic groups that, brandishing the “Turner Diaries,” joined in the Capitol insurrection blessed by the ex-president. Unhappily, the tear-bathed history of the Jews still has a bright future on both sides of the Atlantic.

Once exceptional, the lives of American Jews have become lachrymose