Is this particular strain of antisemitism and bigotry becoming endemic? 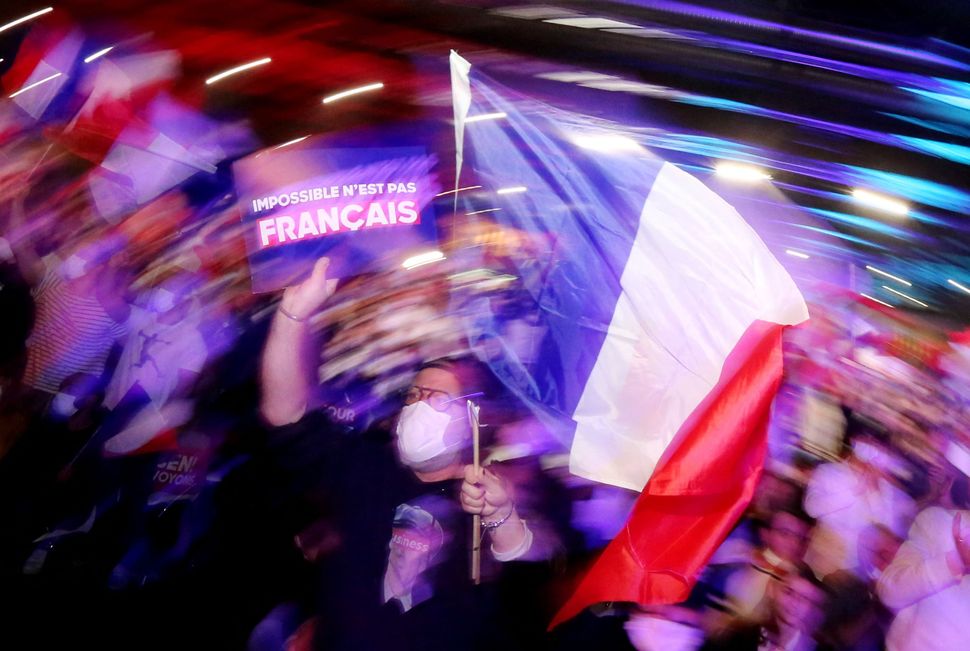 The past two years have made amateur epidemiologists of us all. We have learned that “aerosol” applies to more than hairsprays, that “crushing the curve” means more than slamming a pitch into the bleachers, and that ingesting bleaches will not crush the coronavirus. We have also learned the distinction between pandemic — the exponential explosion of an infection — and endemic, or the chronic but manageable presence of an infection.

As we ride the cresting wave of the omicron variant, we are told to expect calmer waters, a future that promises not the eradication of the coronavirus, but instead its domestication. We seem bound to settle into an endemic relationship with this virus, one that will resemble the seasonal flu and not, say, the bubonic plague.

Yet this is not the only kind of viral pandemic the world has lately confronted. There is, as well, the virus of political extremism. These strains are most active and worrisome on the white supremacist right. According to the Center for Strategic and International Studies in Washington D.C., there have been 267 rightwing plots or attacks in the United States since 2015, leading to more than 90 deaths. Over the past six years, several dozen Black, Islamic and Jewish houses of worship have been the targets of either attacks or plots. “The number of domestic terror plots and attacks,” Seth Jones, the CSIS database director, observed, “are at the highest they have been in decades.”

Given the “pan” in pandemics, France has not been immune to strains of this ideological virus. Over the past decade, the nation has been repeatedly rocked by Islamist terrorist attacks that have targeted French Jewry. But there, as here, politics has also been a hothouse for rightwing extremism that, embracing nativist and racist convictions, is antisemitic. The evolution of this ideological strain suggests that, like the novel coronavirus, these novel and virulent far right novel movements tend to become endemic.

This tendency is exemplified in this year’s presidential campaign, which is marked by a struggle between two parties for the support of the hard-right wing electorate. One of the parties, the Rassemblement national (National Rally), had long been relegated to the margins of France’s political landscape. Baptized the Front National upon its founding in 1972, the movement was labeled by many political observers as neo-fascist. The words and actions of its historic leader, Jean-Marie Le Pen, often reinforced this characterization. A defender of Vichy and French Algeria, Le Pen was notorious for his so-called dérapages, or verbal slips, including his claim that the Holocaust was nothing more than a “detail of history.”

In 2011, Le Pen retired as leader of the Front National, bequeathing the position to his daughter, Marine Le Pen. Though the party remained a family firm, the younger Le Pen grasped that it could only grow if the most toxic ideological weeds were first ripped out. Purging the ranks of its neo-Nazi and Pétainist elements, she also rebranded the party in the hope that the kinder and gentler Rassemblement national would nudge voters to forget its cruder and coarser ancestor.

The rebranding was, at best, a qualified success. Though Le Pen made it into the second and final round of voting in the 2017 presidential election, she lost to her opponent Emmanuel Macron. Objectively, the results were devastating: Le Pen won just 33 percent of the vote. Relatively, though, the results were promising: the daughter doubled the percentage of votes her father had won when he ran against Jacques Chirac in 2002. Quand le vin est tire, il faut le boire: Once you uncork the bottle, you need to drink the wine. Le Pen has since pursued her initial strategy of making both her party and she herself more benign and less, well, virulent to mainstream conservative voters.

With the bright new packaging, Le Pen’s sharp angles have been filed down and her ready anger has been filed away. The ideologue who had, not that long ago, threatened a Frexit to match Brexit and railed against a Muslim “occupation” of Paris has given way to a motherly figure who chats about her cats, ogles at Christmas displays, and even jokes about her stormy relations with her father. (Asked what her first thought would be if she won the presidential election, Le Pen smiled and said, “My father. I hope he will not be at campaign headquarters since he would talk my ear off the rest of evening.”

There is a bit of substance to the changes. Last week, Le Pen announced that she no longer favored the suppression of double nationality, which allows one to obtain French citizenship while maintaining one’s original national identity. It was a provocative, but also pragmatic move. Though this measure has long been a demand of the hard-right, for whom nationality is singular and indivisible, Le Pen treated it as ideological ballast that had to be jettisoned. When asked why she changed her mind, Le Pen replied that she had “evolved” on the question.

Of course, we should not make too much of a single word. And yet, it is hard not to see a parallel between the evolutions of an illness and an ideology. With the advent of the Omicron variant, SARS-CoV-2 has done what all successful pathogens do: it has adapted to its host population, establishing a kind of mutual accommodation. In this process of mutation, the virus can also toss off other variants too virulent to achieve this form of co-habitation with its host.

So, too, with the pathogen of neo-fascist politics in France. The nation is now experiencing a recent mutation that we can call the Zed variant. It is, of course, named after the racist propagandist Éric Zemmour, who entered the presidential contest late last year. A serial provocateur who has been repeatedly charged and found guilty of inciting racial hatred, Zemmour has named his party “Reconquête!” or “Reconquest,” a deliberate evocation of the Spanish Reconquista. Just as Christian forces ultimately wrested the Iberian Peninsula from Muslim control in 1492, Zemmour promises to defend France from the “grand replacement” by Muslim immigrants. This helps to explain his otherwise odd declaration last week, when he announced at a campaign rally, “I don’t want to see a kebab stand in every town in France.”

It is not clear how many French agree with Zemmour about the desirability of a kebab stand in each of their nearly 35,000 villages, towns and cities. What is clear, though, is that the Zed variant is not faring well. Since his official declaration, Zemmour has not been able to attract more than 12 percent of French voters, and half that number believe he will win. Moreover, 62 percent of voters deem Zemmour to be a danger for French democracy. Meanwhile, Le Pen remains in second place in most polls, registering around 18 percent, while “only” half of respondents see her as a danger to the republic.

To paraphrase Karl Kraus’s quip about psychoanalysis, Zemmourism is the disease for which it pretends to be the cure. It is simply too virulent to become endemic. But this does not mean that the evolution of Lepenism, having become endemic to the French political landscape, is harmless. Far from it. Pathogens, whether they are microbiological or ideological, are complex. While Le Pen cuddles her cats, the man she chose to lead the party while she campaigns, Jordan Bardella, has embraced the notion of the “grand replacement” that, he declares, “will change the face of France” if nothing is done. Like the seasonal flu, Lepenism will always have the capacity to prove fatal to its host.

Is this particular strain of antisemitism and bigotry becoming endemic?