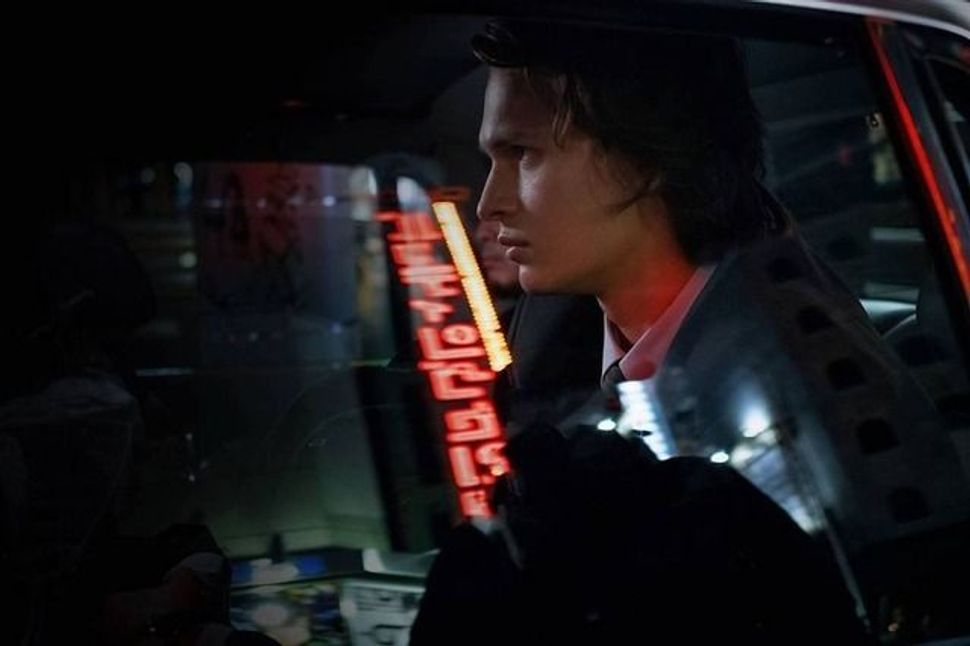 Ansel Elgort in “Tokyo Vice.” Image by Courtesy of HBO

It’s Jake Adelstein’s first week as a reporter at The Yomiuri Shimbun, one of Tokyo’s biggest newspapers, and the protagonist of “Tokyo Vice,” a new crime miniseries from HBO, is already questioning how things are done.

Jake (Ansel Elgort) is covering a stabbing, and he writes that the victim was murdered — as he certainly was. But that’s against the rules at the Shimbun, as the newspaper is colloquially called. Until the cops say otherwise, everything is manslaughter. Jake’s editor Eimi (Rinko Kikuchi) takes the blame for his breach of protocol, and when he asks why he can’t do as he sees fit, she turns on him.

“You will follow the rules and write what you’re told to write like everyone else,” she tells him sharply. “Or you will be gone.” This kind of scene, with its provocation of the plucky newcomer, will be familiar to watchers of almost any kind of TV. We’re supposed to sympathize with Jake, the upstart whose willingness to question authority leads to spectacular success.

But my heart was with Eimi. She’s a beleaguered female editor trying to make it in a male-dominated office. Her new hire, after touting his cultural competence during the interview process, has already breached etiquette by calling her “Eimi-san” instead of addressing her, more respectfully, by her surname. And now he has issues with an eminent newspaper’s time-tested style. Who wouldn’t want to take him down a peg?

Based loosely on real-life journalist Jake Adelstein’s memoir of the same name, “Tokyo Vice” follows its protagonist as he proves that despite his aversion to following the rules, he’s pretty good at breaking news — especially when it comes to the yakuza, the crime families who control the city’s underworld. Slick and elegant, with leisurely nightlife scenes that give it the feel of an updated noir, the show reframes the typical gangster drama by telling it from the perspective of several outsiders, including Jake. But the show’s deployment of Jake’s Jewish identity, and the conclusions it reaches about what it means to work with others on the margins are never quite satisfying.

“Tokyo Vice” is most compelling when it explores the outsider status of people who could easily be stock characters: the gangster, the femme fatale, the harried journalist. Immediately visible and distrusted as a foreigner, Jake is also othered by his Jewishness. In his Shimbun interview, a besuited newspaper executive informs him that many Japanese believe Jews control the world economy and asks what his position on that theory is. Later, some sympathetic colleagues report that a particularly hostile editor has been going around the office maligning him as “half-ape, half-Jew.” (Jake’s response: “First of all, I’m full Jew.”) 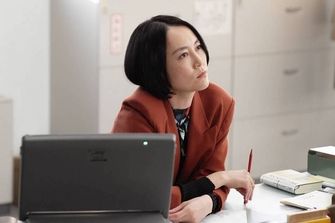 The show’s secondary protagonists are outcasts as well. Eimi reveals only gradually that she’s of Korean descent, her reticence likely due to the long history of anti-Korean discrimination in Japan. Samantha (Rachel Keller), Jake’s love interest (because of course there is one) works at one of Tokyo’s famous hostess clubs; eager to escape her skeevy boss by starting her own establishment, she finds it impossible to rent space as a foreign woman with no man to guarantee she’s good for the money. Our glimpse into gang operations comes via Sato (Shô Kasamatsu), a young yakuza with a penchant for the Backstreet Boys who’s just a little too tender to thrive in the world of organized crime.

I wanted Jake’s Jewishness, so often invoked as a sign of foreignness, to inform his perspective as a journalist. His minority status could make him more attuned to the plight of loan shark victims, often poor people with few resources to help themselves. It could help him understand how Eimi is vulnerable in their shared workplace.

But that doesn’t happen, at least not in the five episodes provided to critics. Rather than an outsider’s empathy, Jake brings a stereotypically American arrogance to his work. Apparently by virtue of brazen overconfidence, Jake gains access to the police and the yakuza that his Japanese colleagues can only marvel at. While Eimi stays busy explaining his antics to the big bosses, Jake is snapping pictures of gang confrontations and eating extravagant dinners with police sources. I wanted to watch the show’s misfits unite to break the big story — as a team, the way most big stories get broken. Instead, “Tokyo Vice” presents the uneasy spectacle of a novice American teaching Japanese journalists how to report on their own city.

“You’re an American, so you think you’re more talented than you actually are,” one of Jake’s colleagues ribs him. The moment seems to disown Jake’s arrogance, to suggest that eventually he’ll realize he needs his colleagues as much as they need him. But that realization never comes. In the end, the show wants to convince you that Jake — and no one else — is exactly as talented as he thinks he is.