‘The Offer,’ a miniseries on the making of Francis Ford Coppola's masterpiece, emphasizes Jewish resonances in an iconic immigrant tale “The Offer,” which chronicles the creation of Francis Ford Coppola’s masterpiece “The Godfather,” is now streaming on Paramount+. Photo by Nicole Wilder/Paramount+ 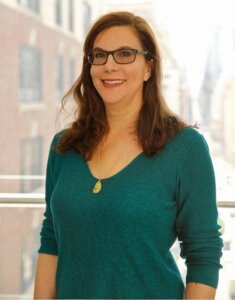 There’s a moment midway through “The Offer” when enraged film executive Robert Evans (Matthew Goode), a senior executive at Paramount Pictures, demands to know why Al Ruddy (Miles Teller), the producer of an as-yet-unknown movie called “The Godfather,” stopped off in New York instead of coming immediately to see him in Los Angeles.

The two Jews look at one another — and despite his anger, Evans is forced to smile.

Packed with Hollywood machers, Yiddish terms of endearment, and bagels and blinis, Michael Tolkin’s new series “The Offer,” now streaming on Paramount+, has the most intense Jewish feel of any recent show on TV. Ostensibly, the series chronicles the transformation of Mario Puzo’s novel “The Godfather” into Francis Ford Coppola’s masterpiece, one of America’s best-known films. But the real story of the show — and one that critics have completely overlooked — is Tolkin’s re-examination of the Jewish roots of the Godfather story.

The scion of Jewish American comedy royalty, Tolkin is exactly the man for the task. His father, Mel Tolkin, was the head writer of “Your Show of Shows,” the most successful comedy sketch series on American TV at the time and the place where Mel Brooks, Neil Simon, Larry Gelbart and Carl Reiner got their start. The younger Tolkin moved out of his father’s shadow and made his own name with the 1992 film “The Player” (based on his 1988 novel by the same name), one of the most brilliant, subversive looks under the hood of Hollywood ever committed to film and a movie which is a paean to the writers and artists who actually create the scripts that make money for the studios.

In “The Offer,” Tolkin continues in the same tradition, returning the Jewish resonances to this most iconic American immigrant story. Mario Puzo (Patrick Gallo) was a broke literary fiction writer with gambling debts when he pitched a treatment of a potboiler about the mafia to Evans and Peter Bart (Josh Zuckerman), two Jewish Paramount executives from the Upper West Side. Their boss at the time at Gulf and Western, the conglomerate that owned Paramount Pictures, was Charlie Bluhdorn (Burn Gorman) — the ultimate Viennese Jewish macher who made it big in America and the man with the final say over whether the movie got made. When a fourth Jew, the aforementioned Ruddy, takes the reins as producer of the film, it is the beginning of a wild ride.

In “The Offer,” Bluhdorn, Bart, Evans and Ruddy overcome the myriad obstacles that threaten to derail the production. Through a combination of chutzpah, perseverance and humor the movie gets made. Though their copious screaming matches might have you think otherwise, the four men are deeply loyal to one another and to their Italian American comrades, Coppola and Al Pacino (played by Dan Fogler and Anthony Ippolito, respectively). In “The Offer,” the real enemies of art are the WASP suits at the studio who only care about the numbers.

Over the 10 episodes, Tolkin produces a shrewd, subtle and often Talmudic rereading of the story of “The Godfather.” Where Puzo famously removed Jews from his story of organized crime in New York City, Tolkin’s exegesis puts them back in. For good or for ill, the story of the American mob is a Jewish-Italian one. In fact, the show’s first act of violence is committed by Mickey Cohen (Louis Mandylor), the LA thug who worked closely with the Italian mob in a group of criminal organizations known by the contemporary press as the National Crime Syndicate. Coppola’s choice to cast the late, great James Caan as Sonny Corleone in “The Godfather” is another example — a tough kid from Sunnyside, Queens, Caan grew up near the director and represents a hybridity between Italians and Jews that grew out of their shared street life. Tolkin is aware of all of this history; he operates in a tradition his father, born in Odessa, Ukraine, would likely also have known well — no one ever portrayed Jewish gangsters better than Isaac Babel in his “Odessa Stories.”

Besides reminding us of the Jewish roots of organized crime, the show also establishes a stark and satiric contrast between the romantic movie-loving Italians and Jews, and the WASP bean counters from the Gulf and Western board. When one of them disparagingly refers to Bluhdorn as “you crazy Austrian,” it’s clear this is code language for “you crazy kike.” As the show portrays it, American cultural production relies on those outside of the Ivy League centers of power. The tools outsiders use for culture building are irony, postmodernism and gags. It is the Jews, the Italians, and the female assistant Bettye McCartt (played brilliantly by Juno Temple) who appreciate the art of Coppola’s masterpiece. To enjoy the sleight of hand and the manner in which Tolkin is decentering the mainstream, however, you have to look between the lines and read a Midrashic text that is both obvious and understated.

Almost every review I have read has utterly missed Tolkin’s message. On the aggregate site Rotten Tomatoes, the critic score sits at a lowly 54%. Critics have derided the show for being too heavy-handed in showing the ties between the production and the content of the movie, for its numerous cliches, and for a perceived lack of diversity (Jews, I guess, don’t count as diverse). But most of all, they hate it for being 10 hours of TV about a two-and-a-half-hour film. The critics don’t understand what Jewish culture creators always have understood: The Midrash, or the story about the story, is just as important as the story itself. Sholem Aleichem, “Your Show of Shows,” Mad Magazine, Seinfeld and Larry David (I could go on and on) and the other Jewish greats know that the kernel of art lies exactly in commenting on an established story — and by doing so, subverting it utterly.

The public, however, is in on the game as usual. On Rotten Tomatoes, the audience approval score is a formidable 97 percent, the highest audience score of any television drama this year. While the critics hate the show’s tonal differences from “The Godfather,” the audience loves “The Offer” for its pacing, irony, comedy — and, I would argue, its brilliantly transgressive, clandestine Jewishness.

It is an old and popular Jewish technique to take a serious theme from the goyish world and create a funnier, more profane Jewish version. The Jewish brain trust of culture in America, from the Marx Brothers to Broad City, have all employed hilarious revisions of mainstream tropes in their stories and shows. At the same time there have always been, of course, scores of snooty critics who balk at takedowns of accepted cultural narratives. Fortunately, they don’t get the final word — the audience does.

During the Tribeca Film Festival in June, I went to see Al Pacino and Robert De Niro speak about their classic crime film, “Heat.” Starring a heavily Italian cast and helmed by Jewish American director Michael Mann, it’s a film whose multicultural references testify to the legacy of “The Godfather.” During the Q&A portion of the evening, someone from the audience asked Pacino if he was watching “The Offer.”

“Of course, I love it!” Pacino said with a laugh and a wink. “Oy vey — poor Al Ruddy, the things he went through to get that movie made.”

Leah Garrett is the director of Jewish Studies at Hunter College, CUNY. She has published five books, including “X Troop: The Secret Jewish Commandos of World War Two,” and won numerous literary prizes. She is currently working on a new project about the Jewish mob in the United States and England.