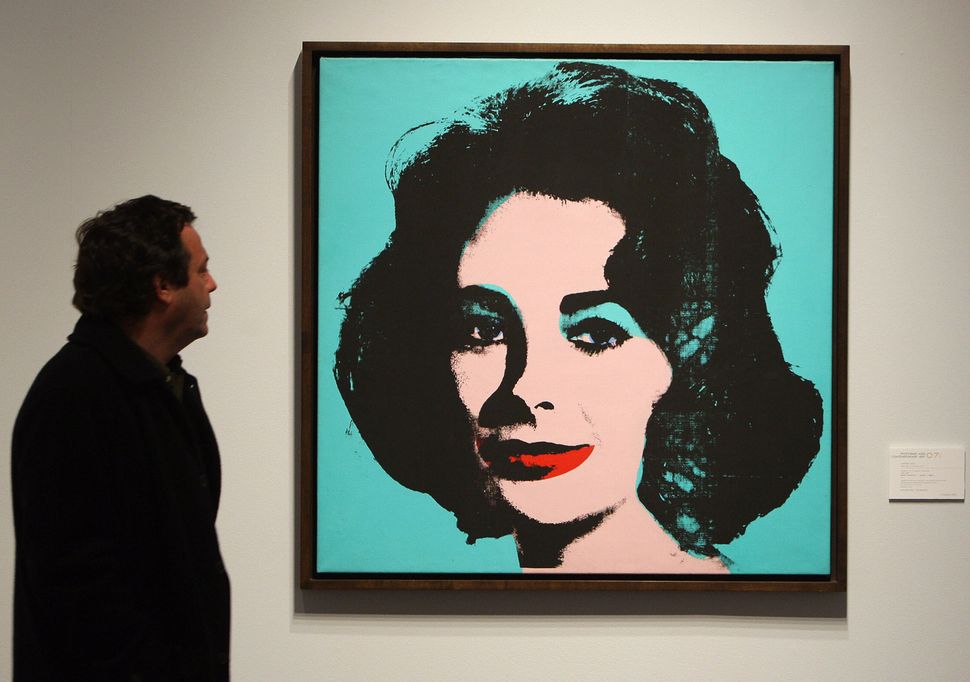 Beauty in Chicago: Andy Warhol’s “Liz” (1963) was part of Stefan Edlis’ donation to the Art Institute of Chicago. Image by Getty Images

The largest art gift in the history of the Art Institute of Chicago has been donated to the museum by Stefan Edlis, a Vienna-born Jewish industrialist and art collector, and his wife Gael Neeson.

The over 40 works from Edlis’ collection of Pop and contemporary art that will go to the museum include nine silkscreens by Andy Warhol, four paintings by Gerhard Richter, three by Jasper Johns as well as two canvases by Roy Lichtenstein. Edlis, who is 89, decided to donate after the Art Institute agreed to keep the works on display for at least 50 years. “It’s a win-win-situation for me and the Institute and Chicago,” Edlis said in an interview with the Chicago Tribune. He also said that the agreement to not have the art in a “warehouse” was crucial.

The Institute’s board approved of the donation, which is worth nearly $500 million, on Tuesday night, the Wall Street Journal reported.

Edlis started Apollo Plastics Corporation in Chicago in 1965, and started buying art in the late 1960s without any formal training. In the beginning, he only bought art made out of plastic, but stopped when he realized that dealers told artists to use plastic because Edlis would buy it, Plastics News reported. He then focused on Postwar and Pop Art, and hangs Roy Lichtenstein works in his bedroom.

Edlis grew up in Vienna, and escaped to the United States in 1941. During World War II, Edlis was a sailor, and worked as a toolmaker after the War, where he taught himself about plastics.

Edlis and Neeson, who is 71, still get to keep around 200 pieces of art, the Chicago Tribune reported. According to the Tribune, Edlis wanted to donate a significant part of his collection so his wife wouldn’t be burdened with it.