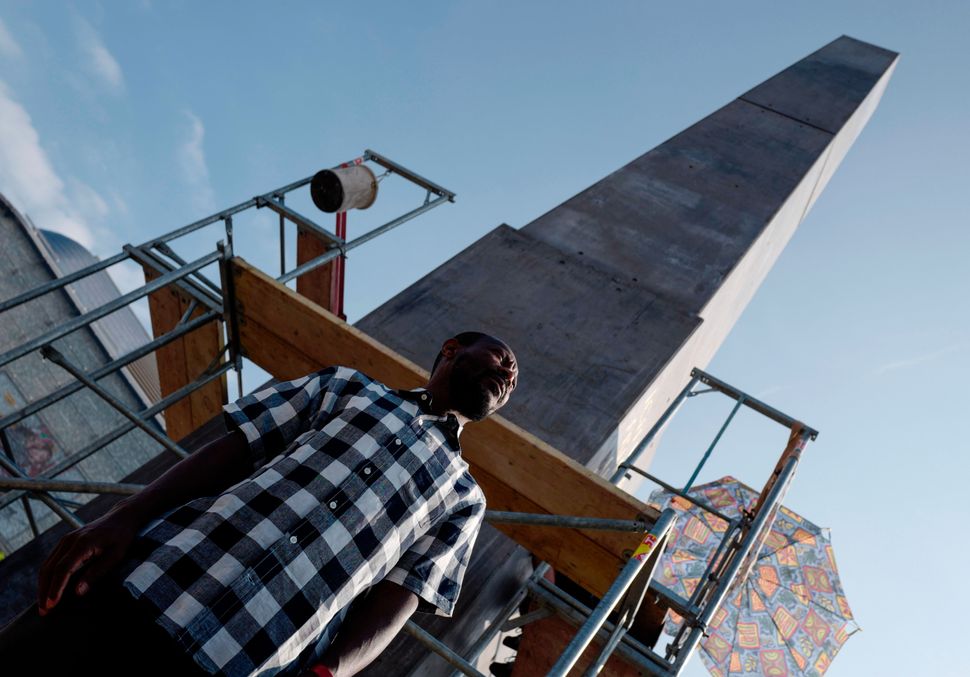 Documenta, Germany’s leading contemporary art festival, which takes place every five years in the city of Kassel, has been sued by far right members of the city’s council. According to a report by Henri Neuendorf in artnet, the councilmembers, who belong to the Alternative for Germany (AfD) party, are accusing the festival’s leadership of misappropriating funds.

The quinquennial, which had its 14th iteration earlier this year, has been facing financial difficulties, with its organizers admitting that it’s still unclear how it made use of its $44 million budget. This year’s documenta took place in Athens, Greece as well as Kassel, a decision that caused some degree of pecuniary strain. The state of Hesse and the city government stepped in at the last minute to act as guarantors, with each contributing a $4 million loan to placate the festival’s creditors. In September, a group of over 200 artists and intellectuals, including Jonas Mekas, Alvin Lucier, Antonio Negri and Geta Brătescu signed a letter in support of the festival’s leadership, reported in artnet, praising documenta’s focus on social justice and declaiming attempts to use the festival’s debts to discredit its larger project.

“What we do not need is a neoliberal logic, as well as its institutional critique, that does not allow the possibility of alternative methods, stories, and experiences,” the letter read.

Earlier this year, the nationalist, anti-immigration AfD became the first far-right party to win seats in the German parliament since the country’s defeat in World War II. The party’s busy year has also included previous conflict with documenta.

In August, the party took exception to a sculpture by Nigerian-American artist Olu Oguibe. The work consisted of a black, 16-foot obelisk etched with the bible verse Matthew 25:35: “I was a stranger and you took me in.” The phrase is repeated on each of the structure’s four sides in English, German, Turkish, and Arabic. Kassel city council member Thomas Materner, a member of AfD, caused controversy when he was reported to have characterized the sculpture as “disfigured art,” an echo of the Nazi phrase, “degenerate art.” Later, Materner said that he had in fact called it “disfiguring,” though the difference between the two words doesn’t quite suffice to extinguish its disquieting Nazi-era connotations.

Materner also threatened that AfD would hold demonstrations at the monument “after each terrorist attack carried out by a refugee or immigrant.”

An independent audit of the festival by PricewaterhouseCoopers is due to be published in November. According to Neuendorf, the scandal has set off a debate about political and economic threats to artistic freedom.

Daniel Witkin is the Forward’s Culture Intern. Reach him at witkin@forward.com or on Twitter, @dzwitkin