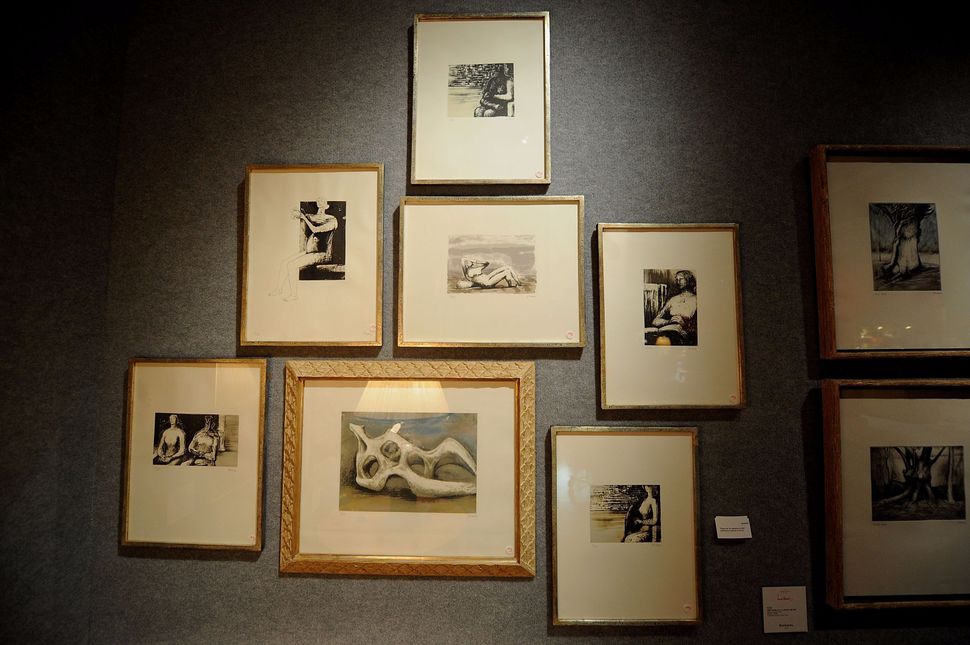 Paintings by Henry Moore are seen at The Lauren Bacall Collection. Image by Getty Images/Brad Barket/Contributor

A drawing by the British sculptor Henry Moore, estimated to be worth over $90,000, has been discovered in the most notorious hoard of Nazi-looted art found this century.

As The Guardian reports, Switzerland’s Kunstmuseum Bern asked the BBC program “Fact or Fortune” to determine the origins and authenticity of the watercolor sketch, which depicts several reclined nudes. While the work, which is dated to the 1920s, is unnamed, it comes from the infamous Gurlitt hoard, a group of over 1,500 artworks collected by Hildebrand Gurlitt.

The hoard contains, among other works, pieces by Cezanne, Monet and Picasso that Gurlitt passed on to his son Cornelius Gurlitt, in whose apartment the hoard was discovered in 2012. (The younger Gurlitt, now deceased, was at the time under investigation for tax evasion.) Gurlitt, one of four art dealers who worked on the Nazi Commission for the Exploitation of Degenerate art, accumulated his collection by cheaply buying artwork that was stolen from Jewish collectors or that was deemed “degenerate” by the Third Reich.

The crew at “Fact or Fortune” believe that Gurlitt acquired Moore’s sketch legitimately. Moore, one of the most celebrated British artists of the 20th century, gave the sketch to a German museum, where Gurlitt purchased it before the war.