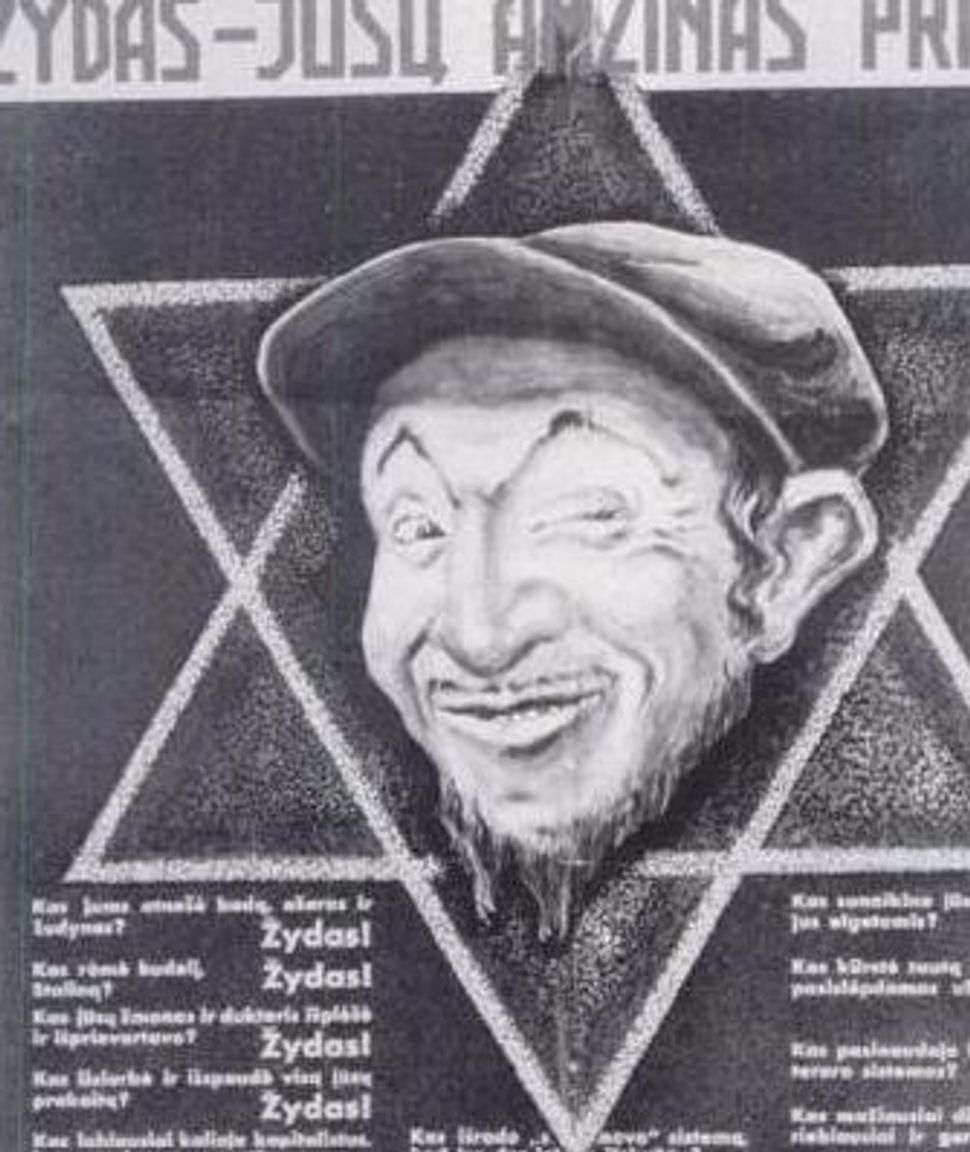 An anti-Semitic drawing of a Jew from Nazi Lithuania. Image by Wikimedia Commons

A month after a Virginia high school student’s drawing solicited concerns from community members who believed the artwork to be anti-Semitic, The Washington Post ran an editorial condemning the school district’s official response as “a groveling apology” with a “feeble reference to students’ First Amendment rights.”

The editorial was titled “A High Schooler’s Controversial Artwork Should Have Been Celebrated, Not Censured” and was published following The Post’s earlier reporting on an apology issued by Scott Brabrand, Fairfax County Schools Superintendent.

On March 28, Brabrand posted a letter of apology to the Fairfax County School District’s website explaining that the work in question, titled “Jewish People” and depicting a hook-nosed man with a sack of money, a kippah and sidelocks was drawn as part of a series aiming to call attention to racial and ethnic stereotypes. 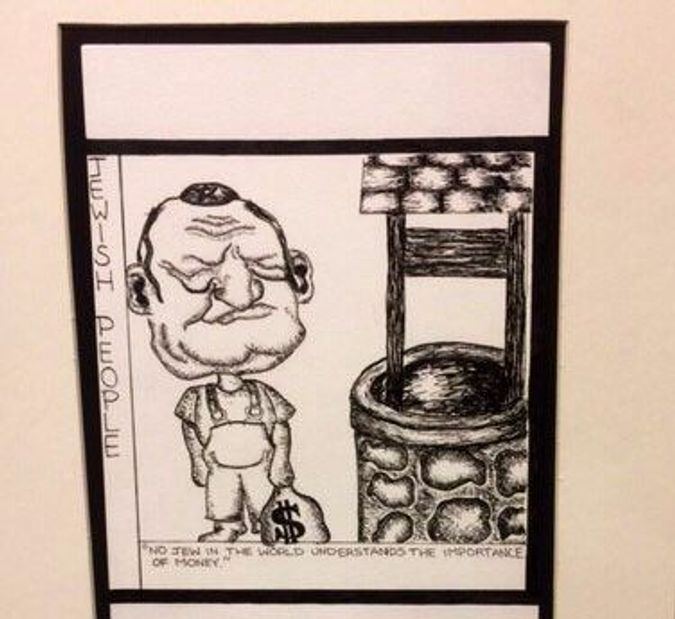 Brabrand lamented the fact that the artwork, which won a Scholastic “Silver Key” and was included in an exhibition of Scholastic Art & Writing Awards winners at a local community college, was displayed without an artist’s statement explaining the student’s intent. The superintendent also announced the district’s plans to review its submission policy for the Scholastic Awards and to work with teachers to demonstrate “the need for cultural awareness and responsiveness along with the importance of emphasizing those skills with their students.”

The Post editorial responded to the apology April 12, stating that school officials “should be sorry — but not for anything that this young artist did. Instead, they should apologize for their own cowardly retreat, which sends a chilling message about free expression.”

Noting that “the provocative image” and its goal of skewering stereotypes “would have been more apparent had the work been displayed with proper context,” The Post concluded that “a simple explanation from the school system about the omitted context should have put to rest the understandable concerns and would have reassured the public of its commitment to free expression.”

The piece went on to criticize the Suburban Virginia Republican Coalition (SUVGOP), a Republican PAC, saying the group “condemned the artwork and lashed out at the art teacher who had the temerity to stand up for her student by pointing out the work was commentary on the ugly racial policies of the current president.”

On April 14, Mike Ginsberg, co-founder of SUVGOP, responded to The Post editorial in an open letter. Ginsberg had previously been critical of the student’s teacher, Justyne Fischer, and her response to a local rabbi who characterized the “Jewish People” drawing as “an example of bigotry and anti-Semitism.”

Ginsberg believes the editorial whitewashed Fischer’s “hostile, condescending, and wholly inappropriate” letter to the rabbi and quoted her response in full in the letter to the editor.

“My student is using her freedom of artistic expression to respond to a president who calls Mexicans ‘rapists’ African countries ‘S[***] Hole Countries’ and White Supremacists, ‘Very Fine People’” Fischer wrote in her email to the rabbi. “Instead of jumping to conclusions and assuming the worst, take a breath. Instead of vilifying me and a 17 year old student, look at your president who is in ‘your own back yard.’”

SUVGOP’s initial response to Fischer, whose comments were published by the local ABC affiliate WJLA, expressed concern over her anti-Trump bias.

“We remain concerned about the teacher’s clear ideological animus,” Ginsberg wrote in the letter to The Post. “The student’s statement of intent, which the Post liberally quoted in its editorial, says nothing about President Trump. It was the teacher who dragged Republicans and President Trump into the discussion.”

The Post editorial called shame for the district’s apology and its implication for free speech and student expression, calling the artist’s anti-stereotype crusade the “epitome of caring and inclusiveness.”

Ginsberg objected to The Post’s language asserting that an artist statement would have made the student’s goal “more apparent,” believing the paper insinuated that the context could be perceived without its inclusion.

“There was nothing at all ‘apparent’ about the drawing to suggest it was intended to oppose stereotypes,“ Ginsberg wrote. “This is not about the First Amendment – it is about basic common sense and good manners.”