Art In Jerusalem Matters— 6 Biennale Artists Tell Us Why 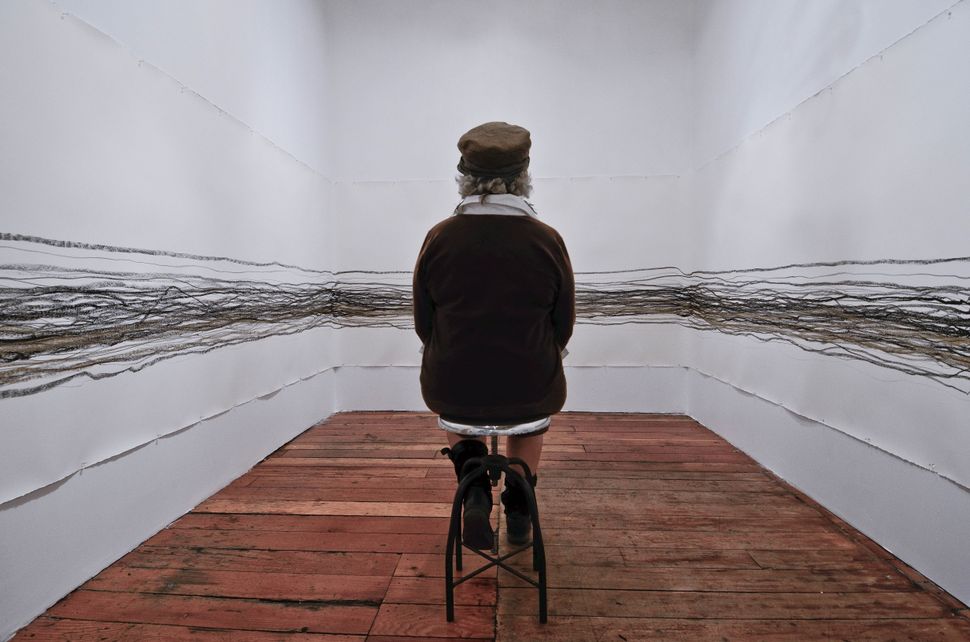 The fourth Biennale for Contemporary Jewish Art is currently being held in Jerusalem, featuring the work of 200 artists in 30 exhibitions. The theme of this year’s Biennale is “For Heaven’s Sake,” and it centers on the Jewish penchant for discussion and argument. In that spirit, the Forward reached out to a half-dozen artists in the Biennale to understand their work, their influences, and what it means to be a part of this exhibition. Their remarks have been edited for clarity and flow.

“Jerusalem Is A City Where Diversity Reigns” 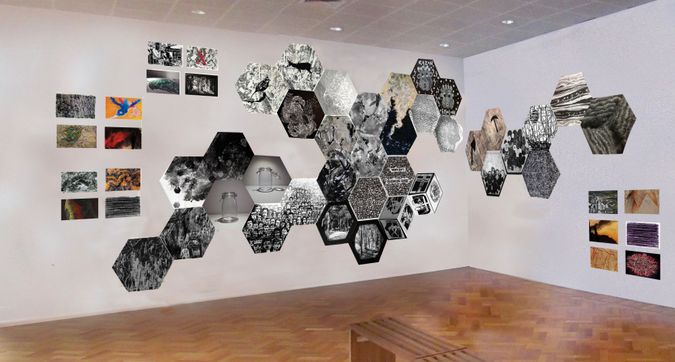 I define myself as a “cultural Jew.” I believe that if we look at Jewish law and history as a metaphor, we can find an incredible correlation with contemporary reality. Diversity is one of the issues that we must face and learn to accept. We are living in times of cracks and migrations. Jerusalem is a city where diversity reigns. I live in Argentina and I am here with an exhibit of 18 Argentine artists; half are not Jews. Bringing those artists to Jerusalem, where they can perceive in first person something of the complex Israeli reality, contributes to the external opinion of Israel. The connection between the artists is a small collaboration in the fight for the good for humanity.

I grew up looking at a book of Gustav Doré’s engravings that illustrate scenes from the Bible, and when I was an adult, I realized, that, even though Doré was illustrating images from the Old Testament, the interpretation was not at all Jewish. That is why my aim already for many years is, both as an artist and curator, to reach the deep meaning and representation of a concept, not necessarily its “illustration” or external shape. — Mirta Kuperminc

“To Be Recognized Is An Honor I Don’t Take Lightly” 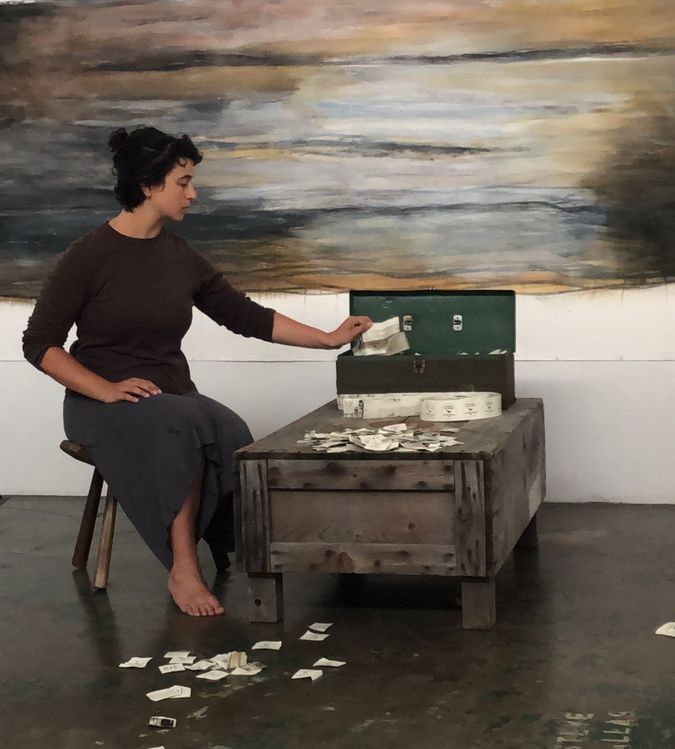 Reliquary: An Ascent: A work by Doni Silver Simons Image by Brinna Sales

Jewish law and history teach us not to harbor baseless hatred, which is a current worldwide problem as well as a historical one. Unfortunately, it is an issue that has expanded recently in the United States as anti-Semitism continues to rise. As we enter our sukkahs and all that they represent, it is incumbent upon us to extinguish the frictions that are destructive. 7,586 miles separate Los Angeles from Jerusalem. But the separation of the heart (and, therefore, the art) knows no bounds. As a Jewish artist, having my work in Israel was a dream. To be recognized within the borders of our homeland is an honor I don’t take lightly. — Doni Silver Simons

“I Am Privileged To Be Living In This Era.” 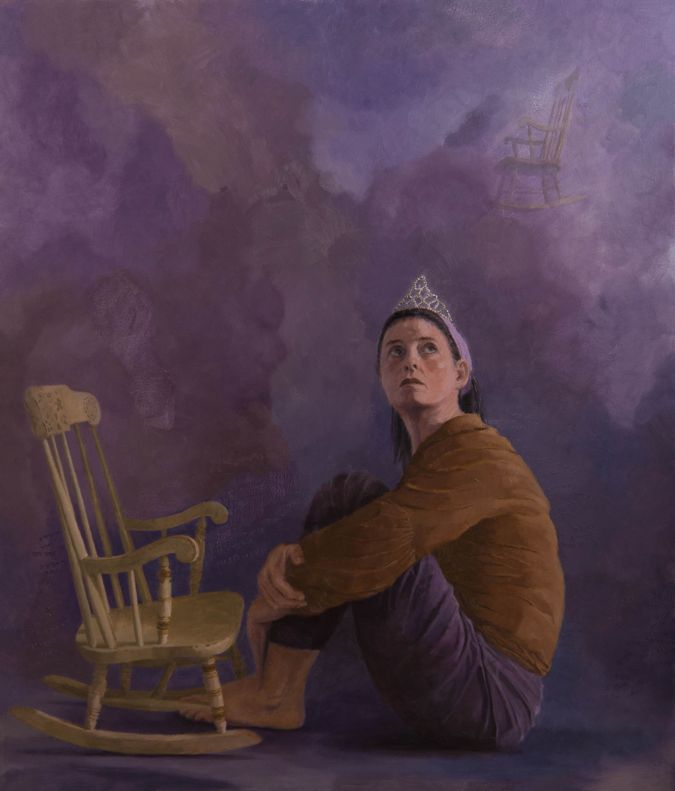 Jewish heritage is based on several pillars. The pillar of wisdom and the pillar of justice, the pillar of compassion and the pillar of peace. One pillar that is unique to the Jewish heritage is the pillar of hope. Jewish hope is a persistent and irrational sort of hope. It allows people to believe in salvation in the worst times in their lives. Look at the Jewish prayer book. When the Temple in Jerusalem was destroyed, the Great Knesset members wrote the Siddur – the Jewish prayer book, for the Jewish people. Jews have been praying words of hope three times each day ever since. What is special to Jewish hope is that it is an irrational hope. It is hope that relies on something beyond normal everyday life. It is a belief that the normal, predictable events in our lives can take a different and surprising route. This hope allows people to believe in the impossible, and so, allows the impossible to become possible. If we teach ourselves to hope, we can overcome and cope with difficult and scary aspects of our lives, and empower ourselves to take action in order to improve our lives.

I feel very blessed that I live in a generation that allows me to exhibit my art in Jerusalem. Through the years, I have thought of the generations of my forefathers that could not come to Jerusalem, although they painfully longed to. I have thought of my father and my grandparents who suffered the horrible Holocaust because they were haunted Jews with no home. Only after the war did they come to Israel and build their home in the Jewish homeland. I am privileged to be living in this era as a Jew in a Jewish Jerusalem, and I am privileged to exhibit artworks inspired by the tremendous depths of Jewish writings.

When I was a girl, my father had a book of Rembrandt’s artworks and kept it in our home library. As a young girl I would go through the book back and forth, experiencing the paintings in a very deep way. I would feel the characters’ feelings, try to guess their thoughts and experience their story. When I grew older, I traveled to London and visited The National Gallery, where I first met Rembrandt’s brilliance fully in the painting “Bellshazzar’s Feast,” which left me speechless with awe. It filled me with a great yearning to learn how to paint. — Chani Cohen Zada 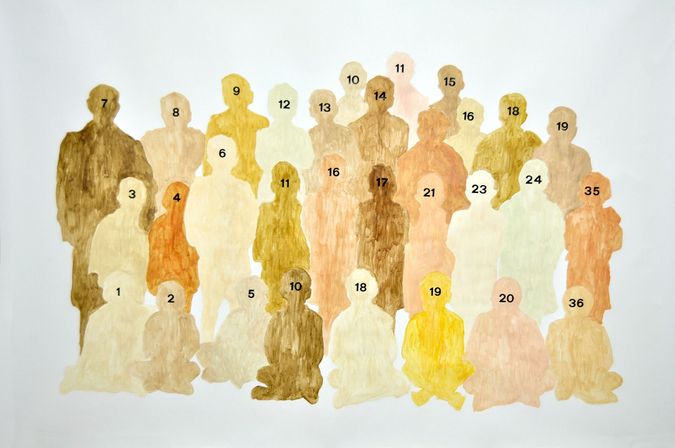 **A Debut:* Spanish artist Jorge Gil is exhibiting in his first Biennale. Image by Jorge Gil

This is my first Biennale and it is also the first time that my work is being shown in Israel, so I am doubly thrilled. My art has been influenced by “Double Bind,” an installation Juan Muñoz presented in the Tate Modern’s Turbine Hall in 2001, a few months before he died. For me, it is a work that has everything: atmosphere, space, the illusion, intriguing scenarios which play on perspective, the game of what is visible and invisible and, of course, drama. — Jorge Gil

“Having The Privilege To Exhibit In Jerusalem Is Powerful” . 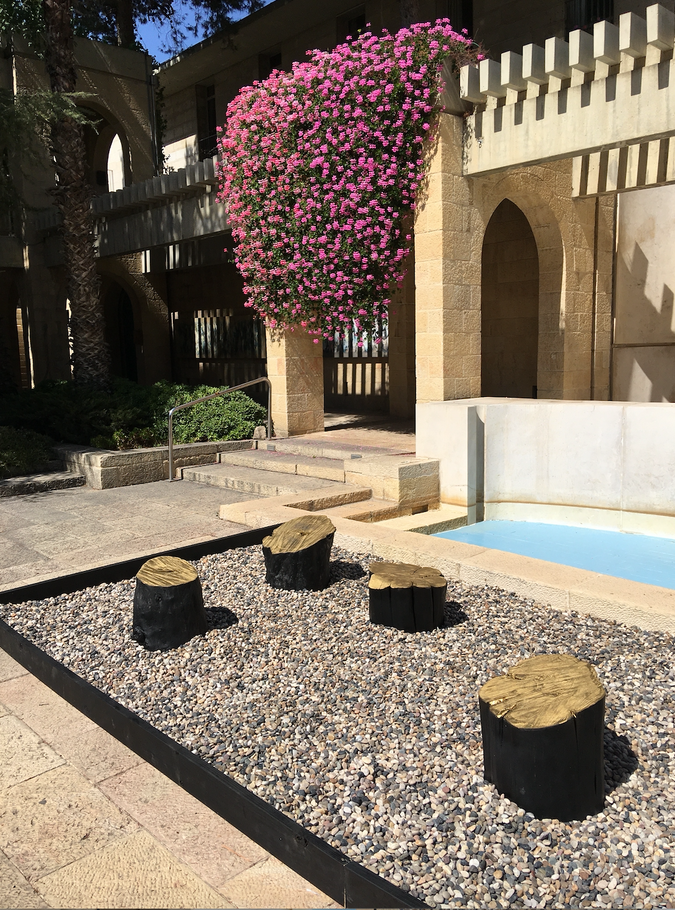 I think in any time of history, the challenge is using our free will to be ethical and loving and caring and to remain optimistic in the face of life’s inevitable difficulties. Being Jewish and having the privilege to exhibit in Jerusalem is powerful for two basic reasons. One, the historic significance since King David made it the capital of his kingdom and two, the fact that it is the capital of present day Israel. It symbolizes the pride I have in being Jewish.

The most important influence on my work and my life was not an artwork, but the landscape in the western part of the United States. I was getting my Master of Architecture at the MIT and decided that I needed to do construction work to help me better understand the architecture profession. So I took a summer job near Prescott, Arizona. While I did learn some basic construction skills and a better understanding of the process of being an architect, by far the most important result was the experience of the landscape. This experience totally changed my sense of spirituality, religion and aesthetics. I had grown up in New York City and had experienced the ocean and some of the beauty of the gentle landscape around the area, but nothing prepared me for the awakening I would experience when I saw the dynamic nature of the west. The vast areas of the plains, the horizon being miles away, the feeling of the vastness and openness of nature. Nature was never so powerful to me as when I witnessed this landscape for the first time. Although this experience was close to 50 years ago, it remains my most important inspiration. — Jeffrey Brosk 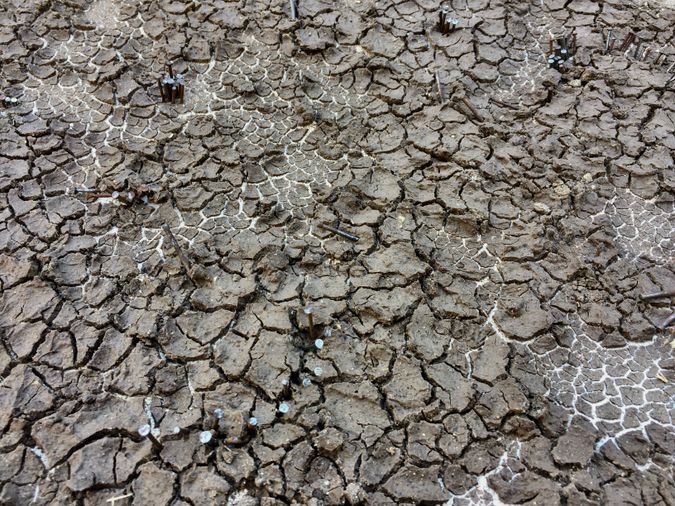 An artist of French-Moroccan origin, Ines Abergel has been inspired by the work of Kader Attia. Image by Ines Abergel

For me, faith can help us overcome struggles, because in the end humans need to rely on someone or something to guide them. But beyond religion, I think it’s the comprehension of others and the solidarity between human beings which help us live through this moment. Jewish culture has an emphasis on responsibility towards others; each Jew is responsible for one another, and I believe this mentality is what can help people to rely on each other and be in a safe place.

Jerusalem is the holy city of the three largest monotheistic religions, and my work is about the displacement and the deprivation of a culture (connecting with different Jewish diasporas and Palestinian history), and the reunification of people through this new constellation. My work in this exhibition has a symbolic value too as it brings together 18 Jewish and Muslim artists from Morocco, which offers a wonderful illustration of how to live together.

My biggest inspiration is the work of Kader Attia. In his work about collective trauma and repair, he articulates his art through the body, which had a significant impact in shaping my work. It also led me to reflect on influence of the Occident on the psyche of extra-Occidental culture. — Ines Abergel

The Jerusalem Biennale runs through November 28.

Art In Jerusalem Matters— 6 Biennale Artists Tell Us Why