After the horrors of the Nazi invasion, a darkly gorgeous fairy tale emerges 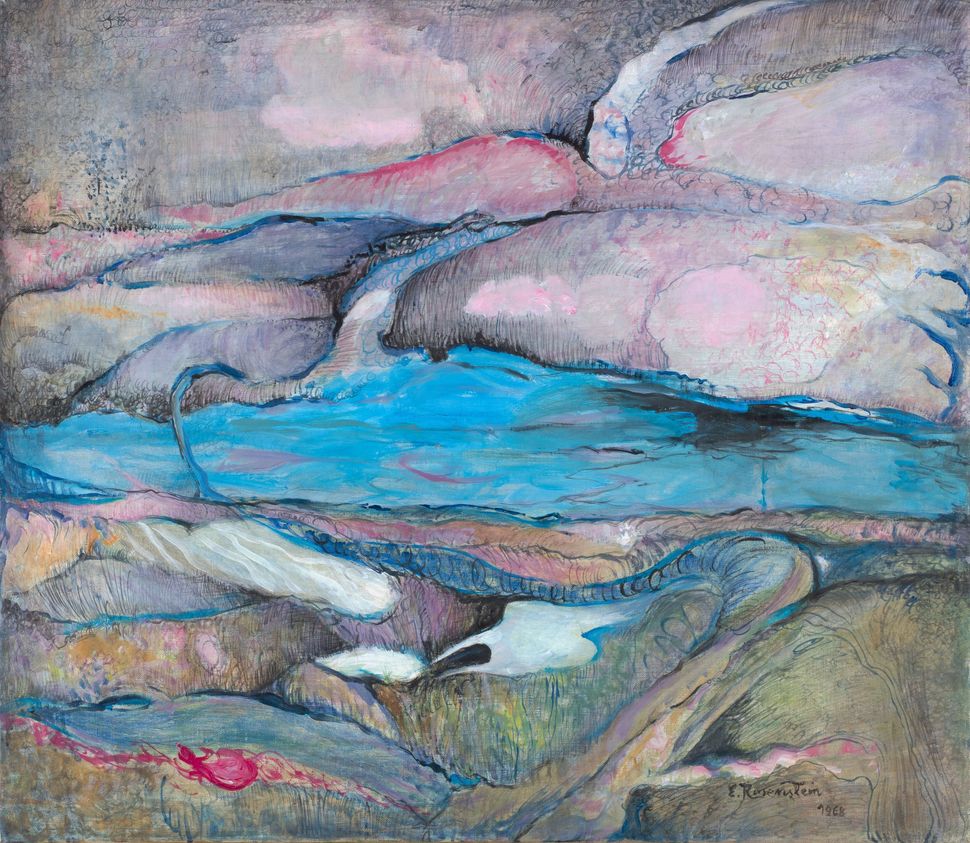 The Polish artist Erna Rosenstein (1913-2004) often called herself a fairy or a witch. In letters to a friend, she would sign off as “Fairy Rosenstein.”

Rosenstein had a long-running interest in fairy tales and wrote and illustrated her own, like the charmingly surreal, surreally charming “Tiny Tale of Snail and All His Friends.” And so the show of her work at Hauser & Wirth — the first monographic exhibition for the artist outside of Poland — is called “Once Upon a Time,” inspired, in part, by “Bardzo dawne” (From Long Ago), an undated work of paint and pencil on particle board, its title drawn from the traditional beginning to Polish fairy tales. 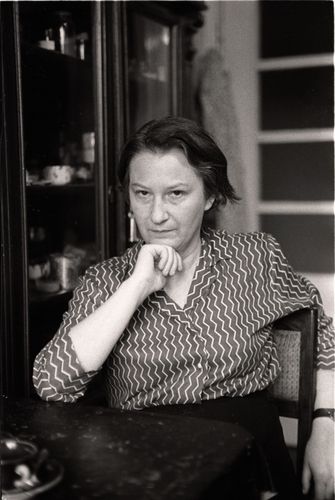 But one only has to glance at the sepia “Bardzo dawne,” which shows two disembodied heads, a man and a woman, floating like lost, stringless balloons over a smoke-trailing train rolling through an indistinct landscape, to gather that this fairy tale is a distinctly tragic one, the terrible story of the 20th century in Eastern Europe.

The heads in this and in several other works included in “Once Upon a Time,” belong to Rosenstein’s parents Anna and Maksymillian. Secular, assimilated Jews, the Rosensteins represented the fulfillment of the Bourgeois Dream (another fairy tale!). A well-to-do family, they owned property in Lwow (then in Poland, now Lviv in Ukraine), Krakow and Vienna. The father was a lawyer, and, eventually, a judge. Erna rebelled, became an artist — despite family hopes and expectations that she would follow in her father’s illustrious footsteps — and a communist. But then she rebelled as a communist too; though an ardent believer, she resisted calls to Socialist Realism, embracing instead surrealism and a personal iconography, part abstraction, part figuration). 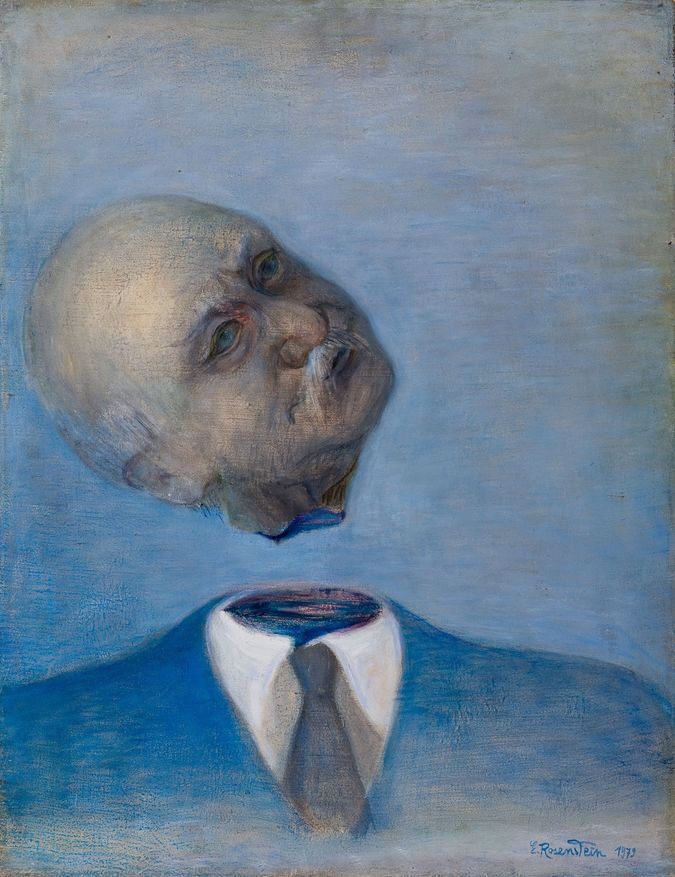 Dawn: A portrait of Erna Rosenstein’s father. By Paweł Czernicki

The artist became associated with the Krakow Group, an important avant-garde collective of Polish artists; she visited Paris and saw Breton’s International Surrealist Exposition. Soon after that came the Nazi invasion of Poland, and the Rosensteins were confined to the Lviv ghetto. They managed to escape, but, in 1942, the parents were killed in front of their daughter, who was seriously injured. Rosenstein spent the rest of the war in hiding, assuming a series of fake identities. Once the war was over, she chose to remain in Poland, staying through the purge of Polish Jews in 1968, as Polish workers were made to denounce Zionism, and more than 13,000 Jews emigrated after losing their jobs. 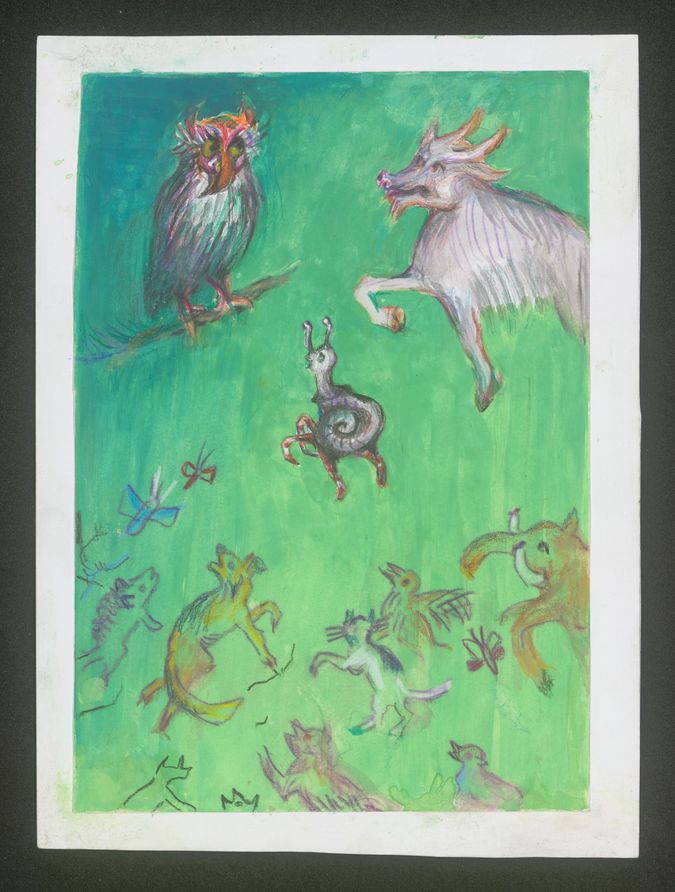 Tiny Tale of Snail and All His Friends: Crayola and watercolor on paper by Erna Rosenstein. Courtesy of Courtesy Hauser & Wirth and Foksal Gallery Foundation

Rosenstein’s oeuvre traces, over some 60 years, the toll of living on the margins and insisting, over and over that she existed, that she survived. The curator Alison M. Gingeras, who has overseen “Once Upon a Time,” notes that the visibility of the artist’s signature in her paintings is a triumphant act of defiance, of reinstatement, an insistence on a name and an identity that was repeatedly taken from her or otherwise made difficult to bear. She was an early contributor to the USC Shoah Foundation, giving an interview about her Holocaust experiences; her testimony, reprinted in the monograph Hauser & Wirth is publishing alongside the show, concludes: “I don’t know if I could say that it is my credo that ‘one should stay here despite everything.’ I don’t know if credo is the right word. But that’s what I felt. That’s how I felt.”

But what is remarkable about Rosenstein’s work is the way in which it alchemizes her lamentable history into something poetic that is at once personal, particular and broad, even universal. It is her assemblages in particular that strike me as surprising and contemporary, meaning both of their own time and yet of this moment. There is “Szafa” (Cabinet), a wardrobe that had been in her studio and that became, over time, a striking work of accumulation. The cabinet is a kind of memorial, evoking a coffin or tombstone, a lamppost papered by a visionary, an overstuffed family album, a vision board. 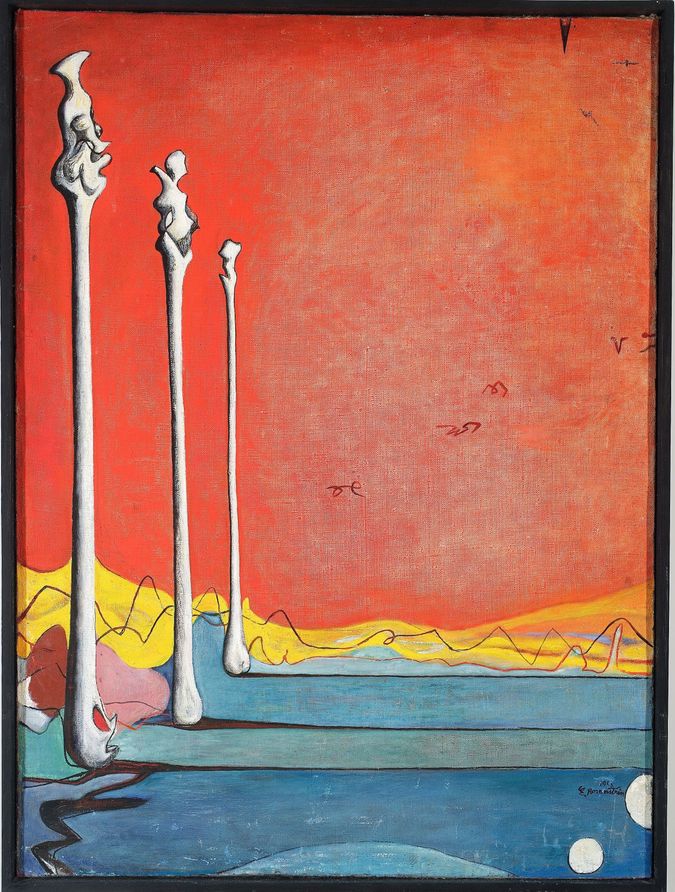 There is the “Untitled” cigarette pack, painted over and collaged with clay so that it becomes a face, curiously smiling and menacing. There is “Skarbiec” (Treasure Chest), a chocolate box filled with painted cotton balls and string and foil, like an artifact of an ancient culture, like fossils of mysterious creatures. And there is the “Untitled” telephone, literally broken, with a leather belt, twiney-looking clumps, and preserved chicken feet spilling out, like a nightmare or a punchline or a misunderstanding. (I keep thinking about this one.)

It’s a facile comparison perhaps, but the one I am tempted to make is to Alina Szapocznikow, another Polish Holocaust survivor, rediscovered, as it were, by Western art historians, and recently shown by Hauser & Wirth (and MoMA). Both women made art that is essentially unsentimental, that acknowledges the darkness of history, both personal and collective, not by transmuting it or transcending it, but by seeing it and refusing to deny it. In Rosenstein’s portraits of her parents, their heads float free of their bodies. In two of the works on display here, the parents’ heads appear to have been torn, hovering above their necks, a process that hints, at once, at violence and liberation. There is a tenderness on their faces, a bemused, quizzical quality, as if attempting to maintain a patented kindness in spite of all that has been witnessed. It is a magical realism with the magic bled out of it. 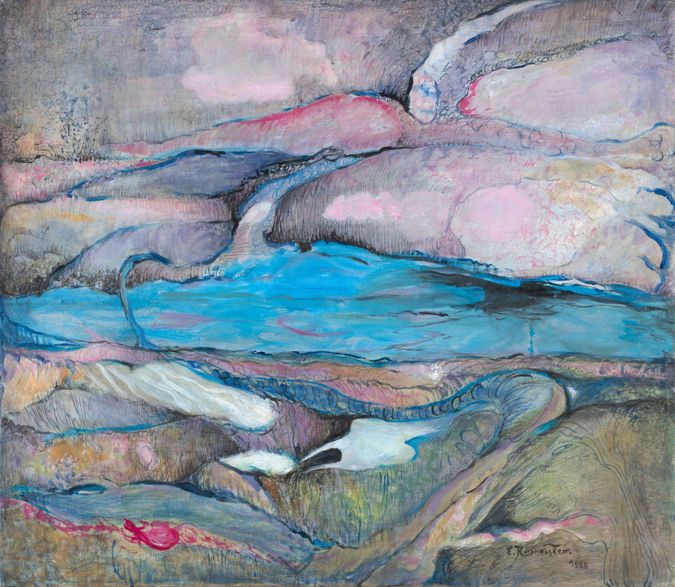 Poetry was a part of Rosenstein’s artistic practice. In 1974’s “Space Is within Me,” she writes, “There are within me whole continuums. / Multiplying in rivers. / For me they offer themselves up. / I know them not. / I am… / I am father and mother. / I scatter their words. / In fact, / when I open my lips, / they speak by themselves.” “Once Upon a Time” then is the tale of a survivor, a witness, the one who has seen too much, who knows too much, who must speak, even when speaking cannot change much. I think again of that broken telephone, leaking its incongruous contents, relating something that is hard to believe because it is too terrible and too true. 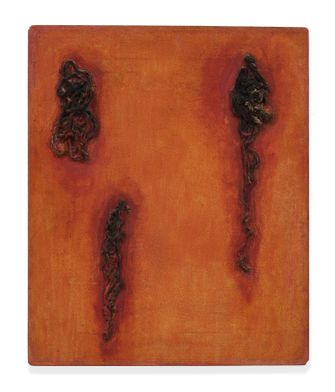 It Is Leaking: A 1999 work by Erna Rosenstein. Image by Courtesy Hauser & Wirth and Foksal Gallery Foundation

“I have to pretend I exist,” Rosenstein wrote in the yizkor book she made. I imagine her art, with its reiterations, its echoing motifs, was part of that pretense, an attempt to be present and to leave evidence. Like the finest fairy tales, it carries into the future an age-old moral, even as it sustains new views. It reverberates and it resonates and it bewitches.

‘Erna Rosenstein: Once Upon a Time,’ runs through December 23 at Hauser & Wirth in New York.

After the horrors of the Nazi invasion, a darkly gorgeous fairy tale emerges