How To Make a New Yiddish Film 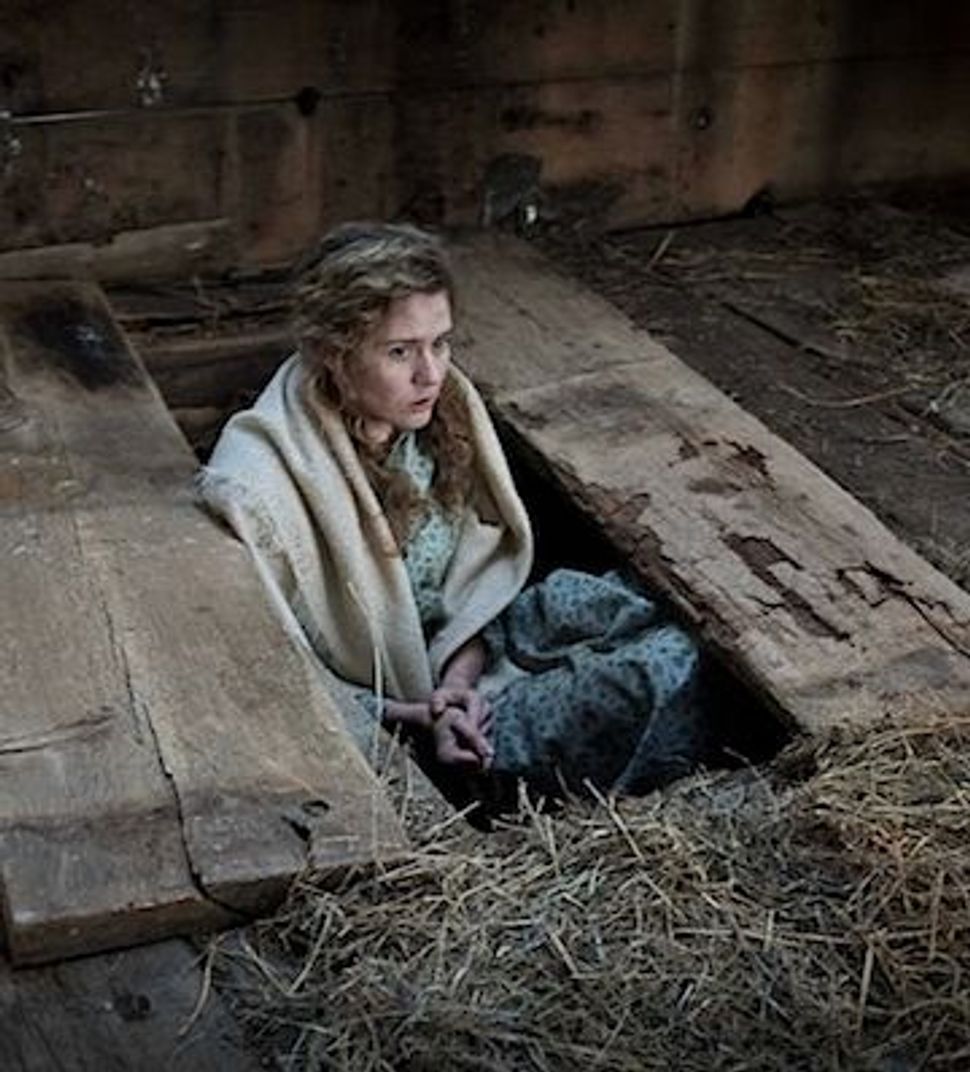 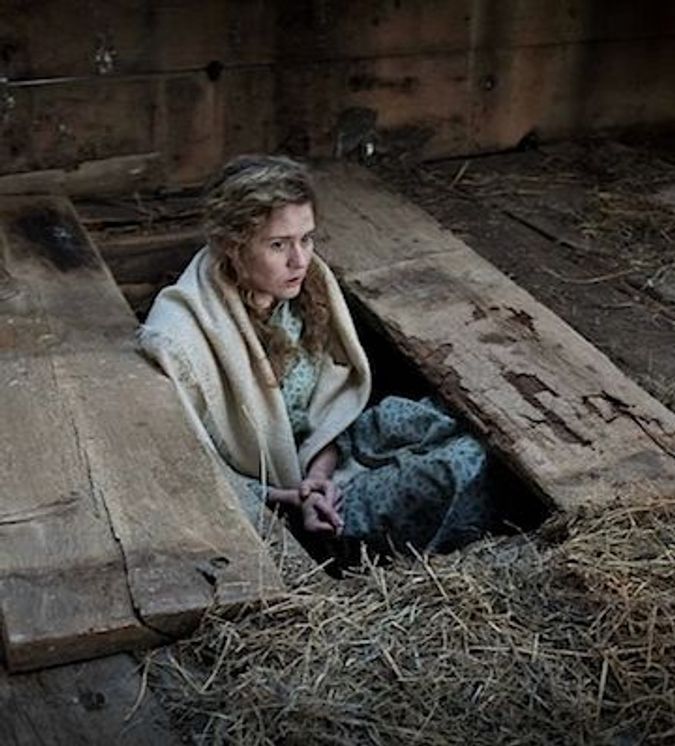 The first words in the trailer for the new Yiddish-language film “The Pin” are “Ikh ken nit khapn dem otem” — “I can’t catch my breath.” The movie, currently playing in New York, takes place primarily in a barn in an unknown location during the Second World War, and the two main characters, Jacob (Grisha Pasternak) and Leah (Milda Gecaite), are two young Jews who fall in love while hiding from the Nazis. Due to a terrible fear of being buried alive, Leah makes Jacob promise that he will poke her body with a pin should she die, in order to make sure that she is really dead. Decades later, the same Jacob, volunteering as a shomer in a funeral home in Canada, notices that the body lying before him is Leah’s, the same woman he once loved and to whom he made that gut-wrenching promise.

Naomi Jaye, 40, the Canadian director and writer of the film, told the Forward that the script’s inspiration came from two sources. The first was the television-show “Six Feet Under,” which follows a family that runs a funeral-home, and which led Jaye to become “fascinated with death.” Jaye believes that this fascination led her to become interested in the mass-murder of Jews conducted by the Einsatzgruppen during World War II, which were characterized by open-air shootings followed by burials in hastily dug mass-graves.

The second inspiration was a story about her own grandmother, Leah Jaye. Like the Leah in the film, her grandmother was terrified of being buried alive and had asked her son, the director’s father, to poke her body with a pin to be certain of her death. “I was really interested in this act,” Jaye said, “because it is both an act of love and yet at the same time it’s a violent act. I became very interested in this, in how the two elements come together.”

Although Jaye had always planned on making her film in an Eastern-European language, she had never thought about making it in Yiddish. Initially she considered making the film in Russian or Lithuanian. “When I began, however, to look for funding for the film and was researching the topic it suddenly occurred to me that the two leads would be speaking to each other in Yiddish. It was like a light bulb turned on in my head.”

Not everyone, however, agreed with her decision. “A couple of people told me that I was crazy. It was, of course, a big risk to make my first feature-film in Yiddish. But crazy can also be wonderful! And in the end the fact that the film was made in Yiddish has created more interest in it than it probably would have otherwise had,” she noted.

After writing the script, Jaye had to find someone who could translate it into Yiddish. She turned to Gloria Brummer of York University, who translated the film’s dialogue. Jaye’s second obstacle was to find young Yiddish-speaking actors in Toronto who would be appropriate for the lead roles. She eventually decided to find talented actors who could work well together, and then teach them how to pronounce the dialogue in Yiddish.

She eventually found her actors in two young Eastern-European immigrants to Canada, Grisha Pasternak, who came from Ukraine as a young child, and Milda Gecaite, originally from Lithuania, who came to Canada at the age of 16. Although the two actors did not know a word of Yiddish, they both knew three languages and both had learned English as immigrants.

The actors initially auditioned in English and then auditioned a second time in Yiddish, using a transliterated excerpt from the script as their guide along with a recording. After being chosen for the parts, the two began to study Yiddish intensively for six months with Anna Berman of Toronto. During the classes the three carefully read through the script in transliteration so that the actors would know how to pronounce their lines and the meaning of every word.

On set in Hamilton, Ontario, Chaim Muncher, also of York University, listened to the actors’ pronunciation in order to make sure that the language sounded natural. At the same time, Jaye needed to overcome the difficulty of directing a film without being able to understand the language herself. “Directing in Yiddish was both easier and harder than normal for me,” she said. “It was easier because I could pay more attention to how the actors were portraying their roles without having to divert my attention to how they were pronouncing their lines.” She also explained that directing in Yiddish was “a hundred times harder” because she could not advise her actors on which words and syllables to emphasize.

The three Yiddish consultants —translator Gloria Brummer, teacher Anna Berman, and on-set dialogue coach Chaim Muncher — spent a lot of time discussing what kind of Yiddish the film should be shot in. Muncher preferred the film to be made in Lithuanian Yiddish while the others preferred a standard literary pronunciation. Eventually it was decided to go with the literary pronunciation because it would have been difficult to rewrite the script in another dialect. Jaye also felt that teaching the actors a local dialect would have been harder than teaching them the standard form of the language used in textbooks. Although some may argue that the Yiddish used in the film gives it a slightly inauthentic flavor, Jaye notes that using an idealized Yiddish not based in any local pronunciation matches her artistic vision: the film purposefully never mentions where it takes place and the use of a dialect not traceable to a particular place adds to the film’s feeling of displacement. Jaye also noted that the use of standardized Yiddish also has a long precedent in Yiddish theater and film.

Jaye explained that she, her actors and the Yiddish experts did everything possible to assure that the Yiddish in the film would be as strong as possible. Among those who feel that Jaye achieved her goal are Miriam Koral, the director of the California Institute for Yiddish Culture and Language, who told the Forward in Yiddish that the film “was excellent, very well done.” The California Institute for Yiddish Culture and Language helped to organize a showing of the film in Los Angeles on October 24 that served as the film’s west-coast premiere.

Watch the trailer for ‘The Pin’:

How To Make a New Yiddish Film