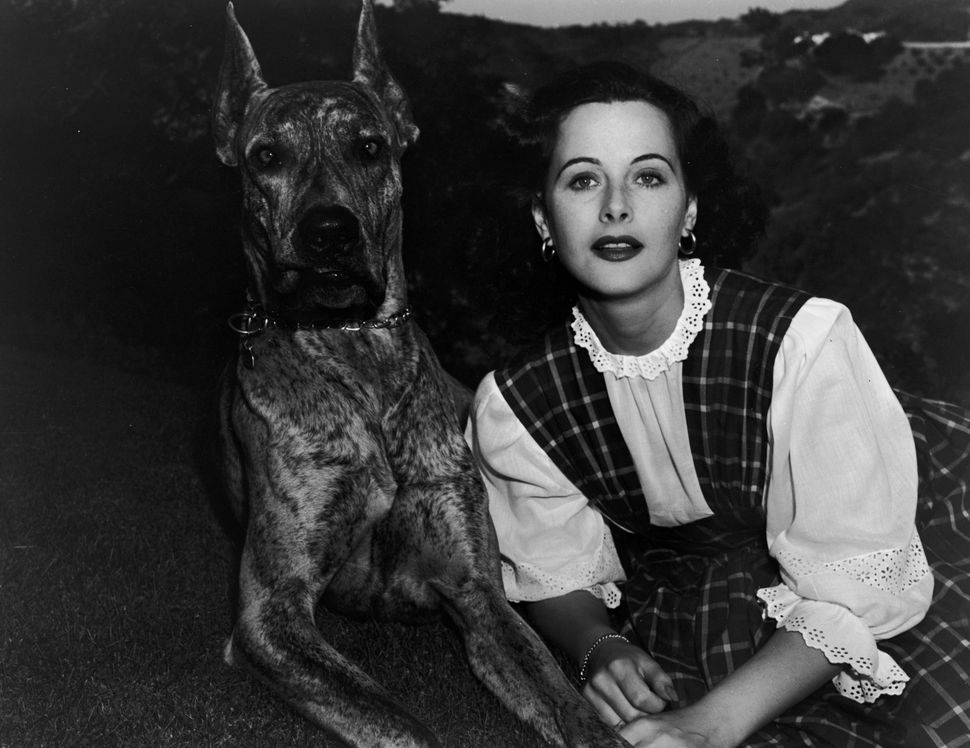 When she was a child, Hedy Lamarr’s mother would refer to her as a chameleon. Living up to the moniker, she would go on to lead a surpassingly dramatic life as a Viennese socialite, Hollywood actress, and influential inventor. Her trials and transformations are the subject of Alexandra Dean’s new film, “Bombshell: The Hedy Lamarr Story,” which will open in theatres on November 24.

In an interview with Smithsonian Magazine, Dean speaks about Lamarr’s life and her experience making the film. Much like Lamarr herself, Dean’s plans to make a film about Lamarr’s work as an inventor came up against a degree of ingrained sexism. “At the time I started doing this project, a lot of people were saying to me it’s a nice story, but it’s not true,” Dean says. “She didn’t come up with this invention, either she stole it from her weapons manufacturer husband in Vienna, or [her collaborator, George Anthiel] actually came up with it.”

Lamarr is what people today might call a strong female protagonist. She led a colorful life, so much so that had it been the concoction of a Hollywood screenwriter, they might be accused of laying it on a little thick. Born Hedwig Kiesler in Vienna to a prosperous, assimilated Jewish family, she had her first taste of infamy at the age of 18 when she appeared in Czech director’s Gustav Machatý’s 1933 film “Ecstasy,” which aroused controversy for its depiction of sex and female orgasm. Later that year, she married Austria’s third richest man, munitions manufacturer Friedrich Mandl. Like Lamarr, Mandl came from an assimilated Jewish background; unlike her, he was an enthusiastic fascist who sold weapons to Mussolini. Their marriage was, unsurprisingly, an unhappy one, from which Hedy would make a literal escape.

After absconding from her husband, Lamarr convinced MGM chief Louis B. Mayer to sign her to an acting deal. By 1938, she was being promoted as “the most beautiful woman in the world.” But alongside her glamorous day job, Lamarr worked by night as an inventor.

According to Dean, “Hedy’s fascination with invention was very inborn; it was a natural love, a passion, and it was fostered by her father, who was a banker, but actually loved invention himself. He would point out to her how things worked, the trolley going by, where the electricity came from, and loved her tinkering, so she would do things to impress him. She would take apart a music box and put it back together again, and she just always had that kind of a mind.”

When the war broke out, Lamarr was inspired to create a secure radio signal that would allow the Allies to control their torpedoes. To help with the mechanical aspects of the project, she brought on American avant-garde composer George Anthiel, best known for his 1924 composition “Ballet Mécanique.” Though the Navy declined to make use of their invention, it would help to lay the groundwork for the “frequency hopping” system forms the basis many technologies we rely on today, including Wi-Fi, Bluetooth, and GPS.

Despite her achievements, Lamarr led a difficult life. The U.S. government did ultimately get around to making use of her inventions –– but not until her patent had expired. In 1991, she was arrested for shoplifting, but not prosecuted. When she and Anthiel were given an award in 1996 for their work by a professional engineering society, she simply remarked, “It’s about time.” She died impoverished in Florida in 2000.

Her life was also profoundly shaped by the vicissitudes of twentieth century history. “Hedy was a survivor,” Dean says. “An animal in a trap will leave the limb in the trap in order to survive, and I think she left a limb, really, in Vienna.”

“And when she escaped she really severed that limb and she never talked about her family in Vienna, and she never talked about the people she left behind or the people she lost. She couldn’t even talk about her Jewish days. That’s the kind of loss you’re talking out in amputation. Once a person is able to do that with one aspect of their life, they retain the ability to do it with others. That is the tragedy of Hedy’s life.”

Daniel Witkin is the Forward’s culture intern. Reach him at witkin@forward.com or on twitter, @dzwitkin