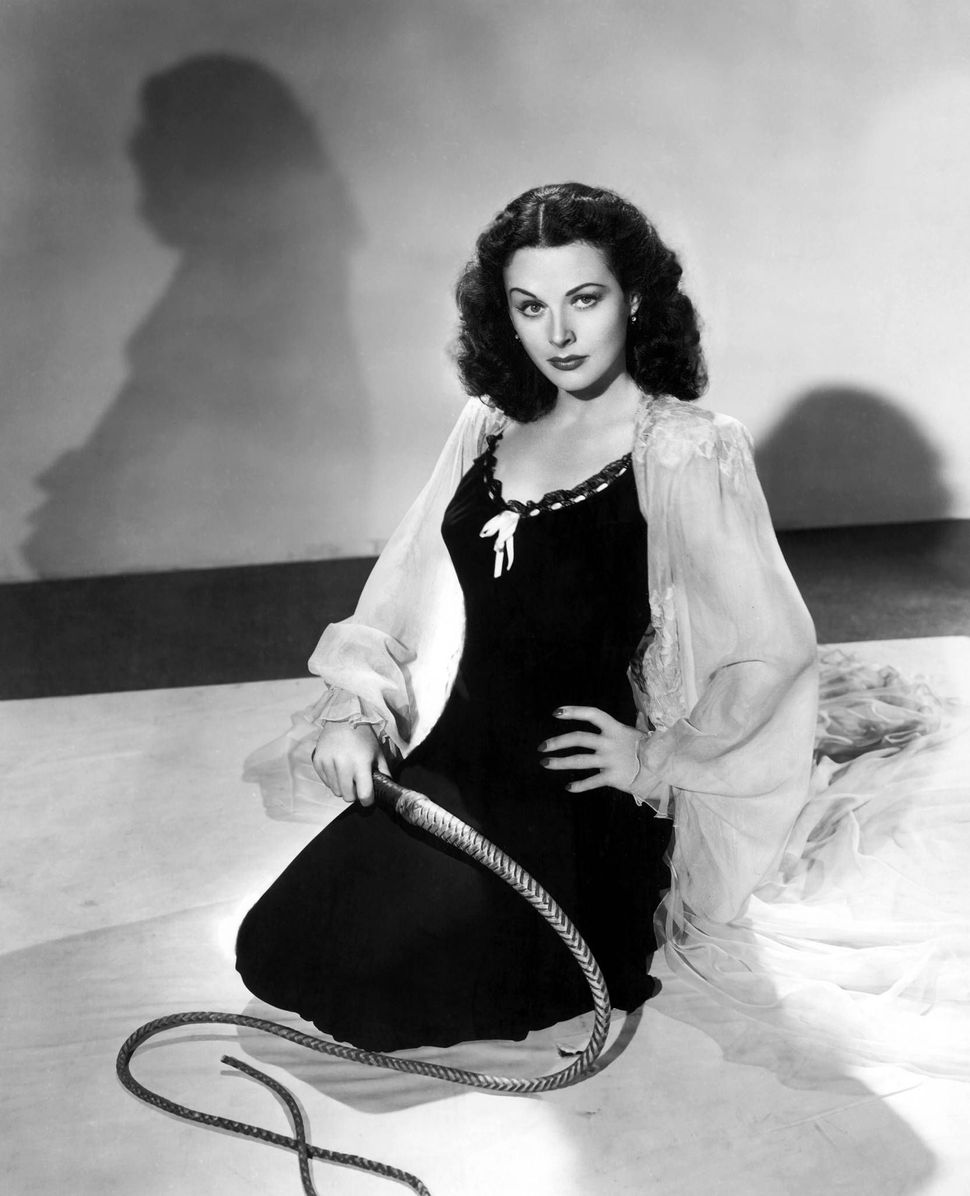 Of the two new books, by far the better written one is by Barton, a Lecturer in Film Studies at Trinity College, Dublin. Shearer, a Las Vegas-based former actor, journalist, and friend/biographer of Patricia Neal, absent-mindedly describes the first marriage of one of Lamarr’s husbands in this amusingly redundant way: “They were married by a Jewish rabbi.”

While still in her teens, Lamarr married a Jewish armaments dealer who sold weapons to the fascists and discussed military inventions at dinner parties. Lamarr remembered what she had heard, and once safely in wartime America, collaborated on inventing a secret communication system which helped guide torpedoes by radio.

Always a canny person, Lamarr cashed in as an early investor in Microsoft, but she is mostly remembered from the 1949 Cecil B. DeMille epic “Samson and Delilah.” Barton recounts that years later, upon seeing Sidney Lumet’s 1964 Holocaust film “The Pawnbroker” with its stark discussions of anti-Semitism. Lamarr was so upset that she went to a department store and was arrested for shoplifting. By implication, the intense drama of “The Pawnbroker” awoke anxieties which had long been buried during Lamarr’s years of Hollywood fame and fortune.

Vain and humorless (she sued Mel Brooks for $10 million for daring to name his sheriff Hedley Lamarr in 1974’s “Blazing Saddles”), Lamarr would spend long hours on the phone in later years rather than meeting people face-to-face after botched plastic surgery. Among her phone friends, Barton recounts, was American Jewish conductor Michael Tilson Thomas who, like all Lamarr’s latter-day pals, was unaware of her Judaism. Nonetheless, something about Lamarr reminded Tilson Thomas about chats with his grandmother Bessie Thomashefsky, a star of the Yiddish theater.

Watch part of the 2004 documentary “Calling Hedy Lamarr,” in which her son Anthony Loder tries to figure out his enigmatic mother, here.