Movie News: The Meta-Nostalgia of “Ready Player One,” Corey Feldman Survives a Stabbing 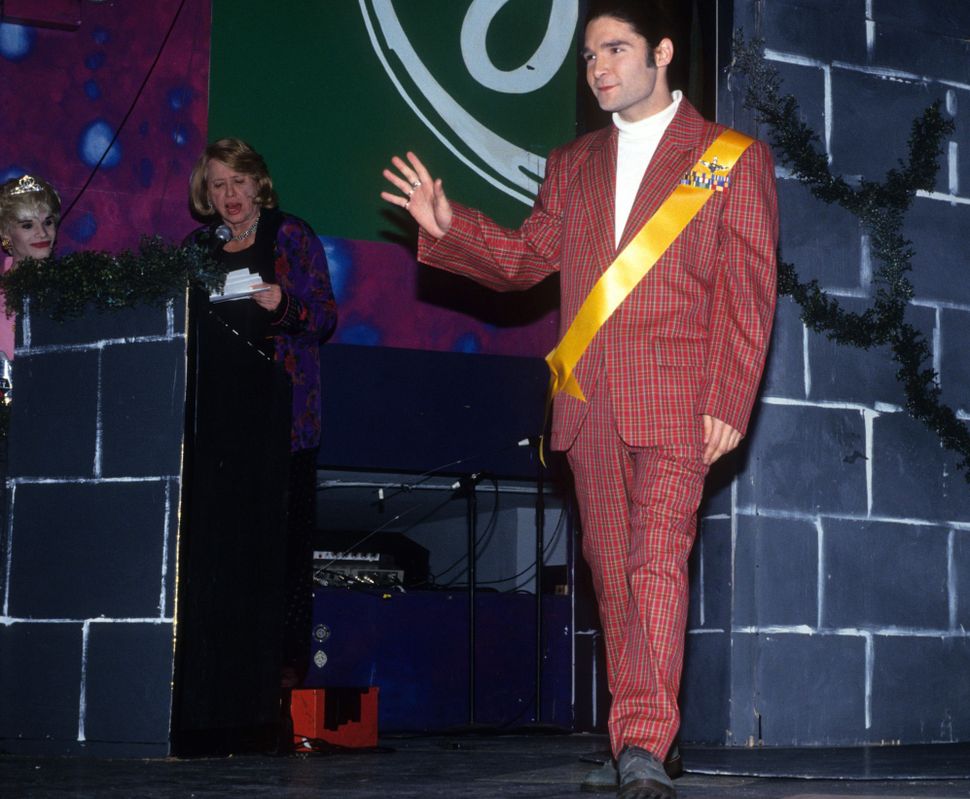 Do you remember when Ridley Scott directed a film about Exodus, featuring Christian Bale as Moses? I didn’t until about five minutes ago, when “Exodus: Gods and Kings” (2014) came up in a Google search. I am dumbstruck as to why I went to go see it in theaters, but I have a feverish memory of feeling totally befuddled by why Sigourney Weaver had agreed to appear — adorned with a peacock feather headdress and rocking a fierce cat eye, no less — in such dreck.

I won’t be the first to express this question, or the last, but … why does this movie exist? We already had “The Prince of Egypt” (1998), a stone-cold animated classic.

Hag Sameach; read on for this week’s movie news.

Steven Spielberg’s “promised land” is stuck in the 1980s

The Forward’s Michael Bennett Cohn wrote a fantastic piece this week examining how nostalgia and fantasy factor into the most recent work by the “ultimate Hebrew prophet of optimism and progress”: Steven Spielberg. He argues that “Ready Player One” is really a fantasy about remembering a fantasy, comparing its effect to yearning for a time in our childhood when we wanted to “hop in a time machine with Michael J. Fox.”

He goes on to say this nostalgia isn’t so different from the Jewish longing for a promised land: we hope for the Zion “promised” to Moses, not for Israel, the “modern nation state that has been mired in turmoil since its creation.”

Read it and weep … for your lost childhood.

Speaking of how nostalgia for the 80s tends to mischaracterize the reality of that era, former “Goonies” star Corey Feldman, who has described the alleged rampant sexual abuse he faced as a child, was stabbed this week. However, according to the LAPD, it sounds like he’s okay. In a Tweet, the Forward’s Jenny Singer writes, Feldman “drew a connection between his work exposing pedophilia and the attack.”

“I am here to show you how to Get. It. In.” Thus spake Tiffany Haddish, who recently revealed that her father is an Eritrean Jew, in a dating advice video for GQ. The Forward’s Jenny Singer chose the video’s best tips; you’re welcome.

“God’s Not Dead: Light in the Darkness” has a “persecution complex”

Indiewire’s David Ehrlich pulled no punches in his review of “God’s Not Dead: A Light in the Darkness,” out on April 1 — fittingly, both April Fools’ Day and Easter. He argues that this third entry in the “God’s Not Dead” franchise continues its tradition of pandering to the Evangelical Right’s bizarre “persecution complex.”

“At a time when anti-Semitic hate crimes are on the rise and America is openly hostile towards its own Muslim community (to say nothing of the Trump administration’s dehumanizing attitude towards immigrants, people of color, and the LGBTQ population),” he writes, “‘God’s Not Dead’ contends that white Christians are the real victims here.”

Here’s hoping movie theater projectionists across the nation accidentally switch the screeners for this godforsaken film and Armando Iannucci’s godless romp “The Death of Stalin.”

Meanwhile, in non-Goyim film news, Scarlett Johansson will star in a World War II drama titled “Jojo Rabbit,” about a German child in Hitler’s Youth Army who “discovers that his mother, played by Johansson, is hiding a Jewish girl in their home,” according to Haaretz.

Movie News: The Meta-Nostalgia of “Ready Player One,” Corey Feldman Survives a Stabbing