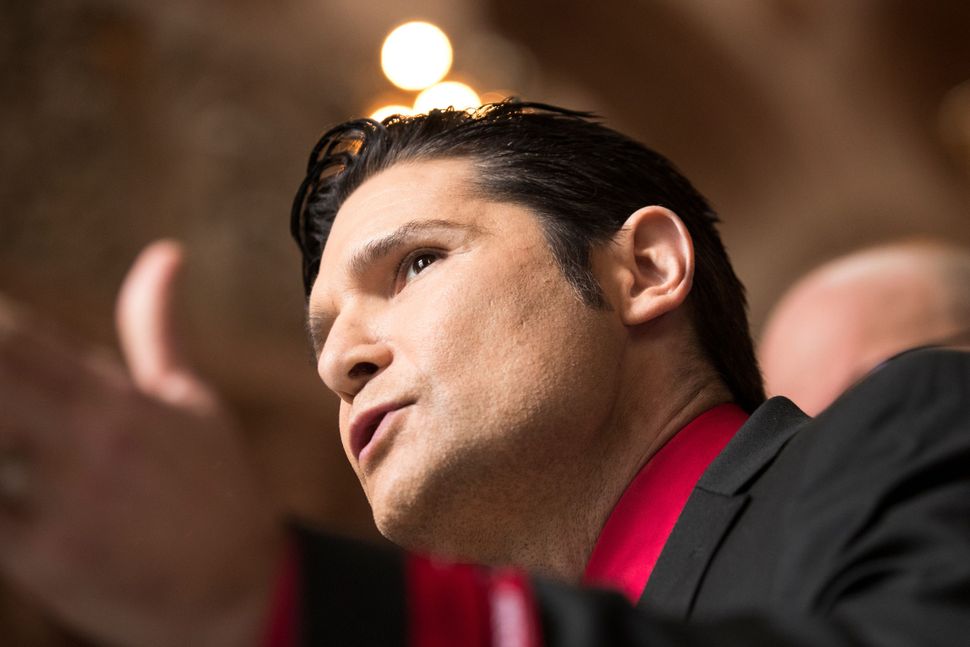 Child actor Corey Feldman says that he was stabbed on Tuesday night in Los Angeles and is in recovery.

IM IN THE HOSPITAL! I WAS ATTACKED 2NITE! A MAN OPENED MY CAR DOOR & STABBED ME W SOMETHING! PLEASE SAY PRAYERS 4 US! ???? THANK GOD IT WAS ONLY MYSELF & MY SECURITY IN THE CAR, WHEN 3 MEN APPROACHED! WHILE SECURITY WAS DISTRACTED, W A GUY A CAR PULLED UP & ATTACKED! I’M OK! pic.twitter.com/TZ0ppZeEWN

The 46 year-old actor, who has been an outspoken advocate for children after reportedly enduring sexual abuse as a child, tweeted that he was attacked in a parking lot when a man distracted his security guards and stabbed him. Feldman posted pictures of himself in a hospital bed with his wife by his bedside, and added that the LAPD are investigating the attack as a homicide. According to CBS Los Angeles, police responded to a call late on Tuesday night and found that Feldman had experienced a minor stab wound, but have not released any other information.

@LAPD R CURRENTLY INVESTIGATING THE CASE AS AN ATTEMPTED HOMICIDE! I HAVE HAD MOUNTING THREATS ON ALL SM PLATFORMS BY THIS VILE “WOLFPACK” & THIS IM SURE IS A RESULT OF THOSE NEGATIVE ACTIONS! I HAVE REASON 2 BELIEVE ITS ALL CONNECTED! ENOUGH IS ENOUGH! HOW SICK R THESE PPL?!?

In a tweet, Feldman drew a connection between his work exposing pedophilia and the attack. The Los Angeles Police Department told CBS that it cannot confirm the connection at this time.