Nan Goldin Made Fun Of Herself On ‘The Deuce’ 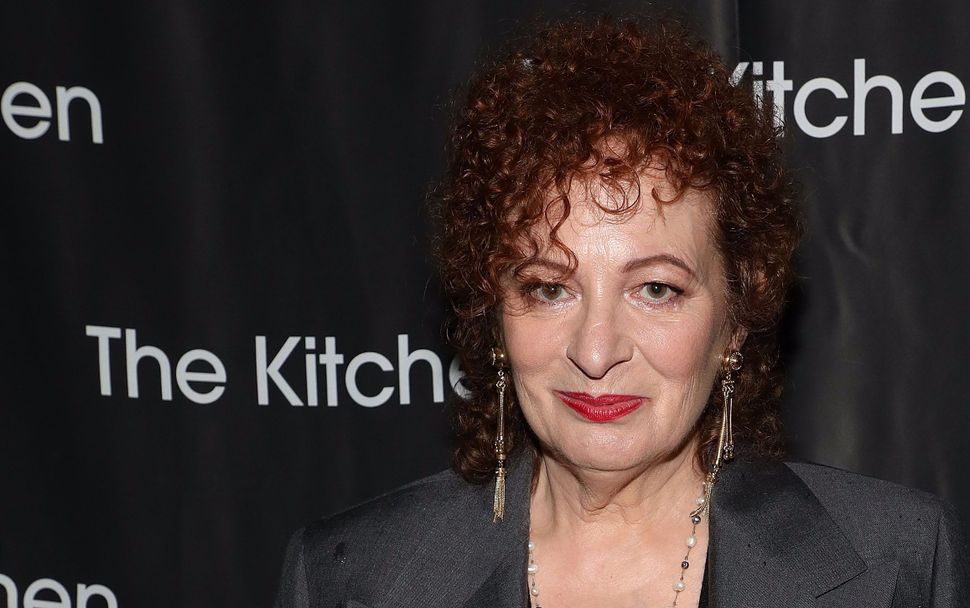 In “What Big Ideas,” Season 2, Episode 4 of HBO’s “The Deuce,” the Hi-Hat Bar got a new patron: Photographer Nan Goldin.

Proving once more that it’s not just TV, but HBO, a highbrow platform for educated art-loving types, series co-creator David Simon snuck the activist-artist Goldin into a scene in the seedy Time Square watering hole.

“What do you have to do to get the great Nan Goldin to do a big fat meta-cameo on your television drama? You have to study her photographs of 1970s Times Square and inject the raw DNA into your film sets, your wardrobe department, your hair and makeup trailer, your story & themes,” Simon tweeted.

In the scene, Goldin, credited as “Woman at the bar exhibit” critiques a photograph, “Buzz and Nan at the Afterhours, New York City” from her groundbreaking photo series “Ballad of Sexual Dependency,” which documented the heroin subculture in 1980s New York.

“They call that art? I coulda done that,” Goldin tells the bar owner, Vincent, played by James Franco.

In a mind-bending, meta turn the photo being studied by Goldin features a younger version of herself alongside another subject, Buzz, whom Vincent seems to know. Simon elaborated on this choice, also on Twitter, noting that Goldin tended bar at the real life dive the Hi-Hat was based on.

In the universe of the ”The Deuce” Goldin’s photos, part of an exhibit being hosted by the bar, were taken by “Viv.” Played by Adelind Horan, Viv is a clear stand-in for a younger Goldin complete with tawny, kinky hair and a connection to John Waters. Those superficial details aren’t the only thing the real artist and the character have in common.

“Viv’s got an eye for the marginalized,” Margarita Levieva’s Abby Parker tells Vincent.

This is especially true of Goldin in the present moment. After a struggle with addiction following an injury, Goldin started P.A.I.N. Sackler, a group committed to holding Purdue Pharma, the company behind OxyContin, responsible for their role in opioid addiction. P.A.I.N. Sackler is named for the Sackler family, Purdue’s owners, who have been the subject of protests outside art institutions they patronize.

In January, a member of the pharmaceutical dynasty, Elizabeth A. Sackler, heard Goldin’s outrage and published her support of Goldin’s group on Hyperallergic.

While the real Goldin’s activism is making headlines, the fictional Viv dismisses Abby’s suggestion that she’s a voice for the marginalized.

“Hey, all you gotta do is listen,” she says.

Nan Goldin Made Fun Of Herself On ‘The Deuce’