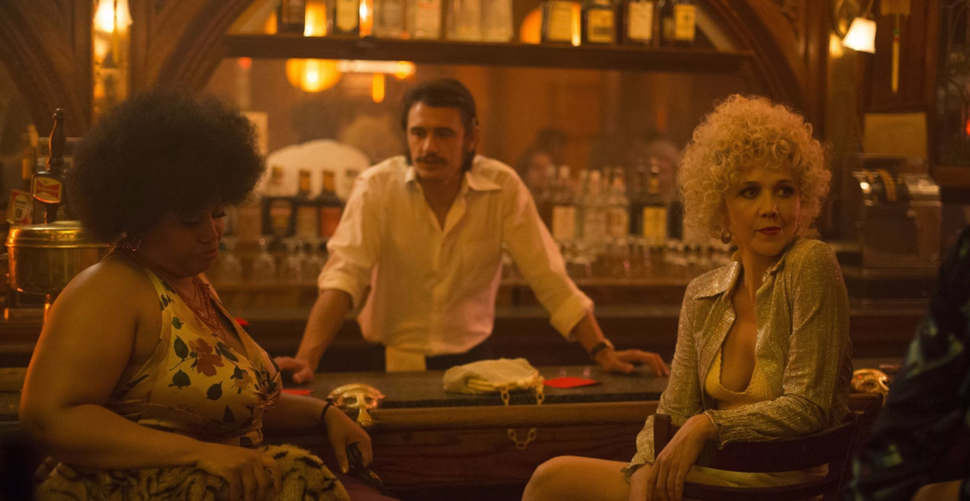 First, a sober note: While Houston recovers from the wreck of Hurricane Harvey, Hurricane Irma is doing deadly damage in the Caribbean. If you can afford to, take a moment out of your weekend to send support for those who have lost loved ones, homes and more. Choosing the right way to support victims can be tricky; if the Red Cross jumps to mind, it’s worth your time to read ProPublica’s investigation of that charity’s dubious efficacy in providing aid following natural disasters. But Refinery 29 has a guide to helping Irma’s victims, and NPR has one for those affected by Harvey. Start there — it’s a mitzvah.

That being done, enjoy some of our best weekend culture picks, below.

David Simon’s new series for HBO, “The Deuce,” has won advance acclaim for its character-driven look at the start of the pornography industry in 1970s New York. Don’t miss the first season’s premiere, starring James Franco and Maggie Gyllenhaal, on Sunday. Animated Netflix favorite “Bojack Horseman” returns for its fourth season on Friday; before watching, read up on its nuanced commentary on assimilation. At the movies, challenge yourself with the new documentary “Trophy,” directed by Shaul Schwartz and Christina Clusiau, which offers a morally complicated look at big-game hunting.

Nathan Englander’s new novel, “Dinner at the Center of the Earth,” is a thriller centered on the Israeli-Palestinian political turmoil. Before heading to the bookstore, read Yevgeniya Traps’s review of the novel for the Forward. Also out this week are Ilana Kurshan’s memoir of Talmud study, “If All the Seas Were Ink,” and New Yorker staff writer Adam Gopnik’s memoir of his early years in New York City, “At the Stranger’s Gate.”

Start the weekend off early at the 92nd Street Y on Thursday night, where Rabbi Naomi Levy, founder of the spiritual movement Nashuva, will speak with actress Julianna Margulies. Friday or Saturday, catch a performance by Ariel Rivka Dance in honor of the company’s 10th anniversary at New York Live Arts. And Sunday, stop by the Museum of Jewish Heritage for “Eichmann & The Road to Argentina,” a discussion between author Uki Goñi and New York Times Opinion staff editor Matt Seaton arranged to complement the exhibit “Operation Finale: The Capture & Trial of Adolf Eichmann.

Love Barbra Streisand? Catch Signature Theatre’s tribute to her greatest hits, “Streisand Songbook,” which closes on Sunday. Also at the Signature is a production of Stephen Sondheim’s “A Little Night Music,” which is always worth a trip. And comedian Nathan Fielder of Comedy Central’s “Nathan For You” appears at the Lincoln Theatre on Sunday; go for a sneak peek of the show’s long-awaited fourth season, followed by a Q & A.

The music venue Constellation plays host to two worthwhile Jewish events this weekend. First up is the Avishai Cohen quartet, making two appearances on Friday, followed by a chamber performance of Arnold Schoenberg’s song cycle “Pierrot Lunaire” on Sunday. For a more multi-sensory experience, head to the Museum of Science and Industry on Friday night for the Second City Comedy Lab, which will combine laughs with late-night access to museum, and, crucially, cocktails.

Friday, head to LACMA for a concert honoring Argentinian composer and pianist Lalo Schifrin, whose film scores include those for “Dirty Harry” and “Cool Hand Luke.” If you’d rather go to the museum for the art, don’t miss the exhibit “Chagall: Fantasies for the Stage.” If you’re eager for a peek at the best new TV, check out the lineup for PaleyFest Fall TV Previews.