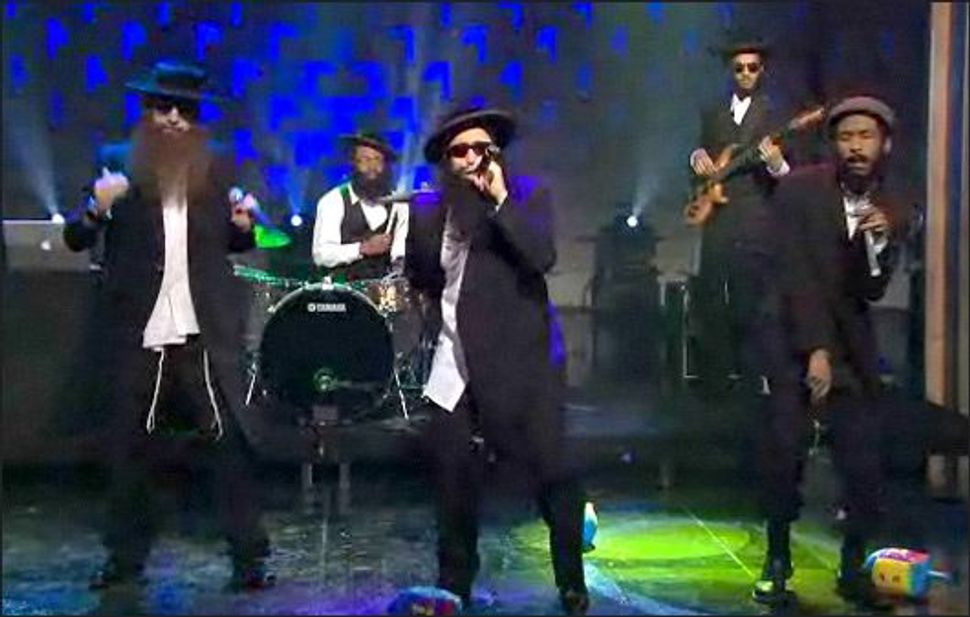 …to sing a dreidel song on “Late Night With Conan O’Brien.” The real Hasid is Bostoner Hasid/rapper Y-Love. The fellows in the fake beards are Erran Baron Cohen (brother of “Borat” comic Sacha) and his band. The song is from Erran’s new album “Songs in the Key of Hanukkah.” The motley crew’s performance can be viewed here — at the end of the show. (It was, by the way, a very Jew-y episode of “Late Night,” with the dreidel song preceded by a fun appearance by perennially popular comic matador Don Rickles.)

UPDATE: Turns out Y-Love is no longer a Hasid. Back in June he told Jewcy: “I am no longer Chassidish. I converted Chassidish and I davened in Chassidish shuls until like 2005. But my rav is Sephardi.” Oops.