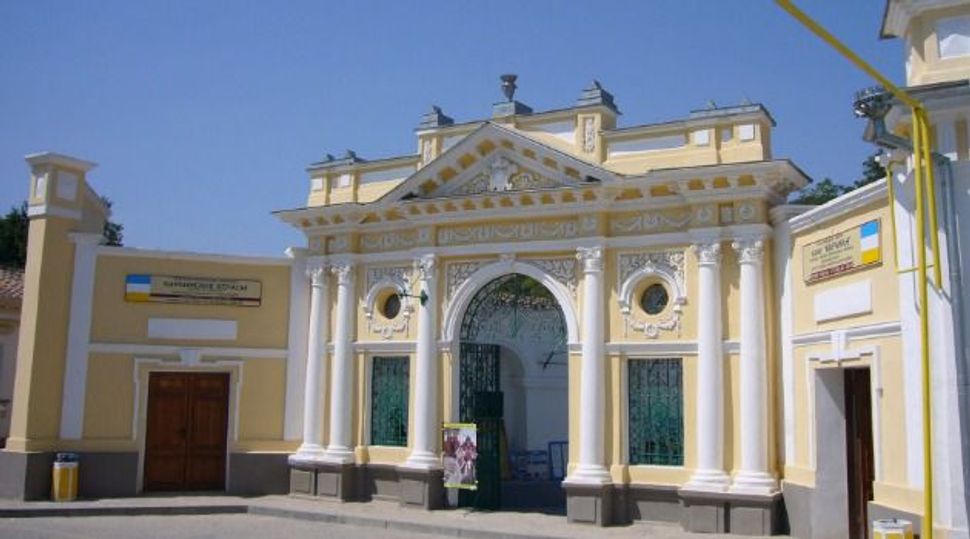 (JTA) — Russia’s annexation of Crimea, the strategically critical peninsula that dangles from Ukraine into the Black Sea, has drawn international condemnation.

But for the leader of the All-Ukrainian Organization of Crimean Karaites — a group with an unusual heritage that draws from Jewish traditions — joining Russia is a welcome development.

“In Crimea, the majority of Karaites support annexation to Russia, and voted for it,” Vladimir Ormeli, the group’s head, told JTA. “Culture and people connect us with Russia, more than Ukraine. But this is a complicated conversation.”

Complicated conversations are typical for the Crimean Karaites, a small group whose ethnic heritage and religious categorization has been disputed for hundreds of years. Not in dispute, however, is their long history in Crimea, a region they consider their homeland.

Karaites, from the Hebrew word “Kara” (to read), are members of a sect that adheres to the Torah without the addition of oral laws — distinguished from “Rabbinic” or “Talmudic” Judaism.

For centuries, Karaites have lived alongside mainstream Jewish communities in various countries. Currently, some 30,000 Karaites live in Israel, with much smaller communities in the United States and Eastern Europe.

In Crimea, around 800 Karaites remain, and their houses of worship are distinctive architectural monuments in several cities.

Unlike other Karaite groups, the Crimean Karaites (or Karaylar, as they call themselves), do not identify as Jews. Yet they consider the Torah their holy text and keep a religious calendar that includes Rosh Hashanah, Passover and Shavuot.

The oldest evidence of Karaite presence in Crimea dates back to 1278, and Karaite gravestones are scattered around Ukraine, in Crimea in particular. A pastry pioneered by the Karaites — the meat-stuffed kybyn — is sold all over Ukraine with its characteristic braided twist, and often called “Karaite dumplings.”

Ormeli’s enthusiasm for Russian annexation of Crimea stems from memories of a previous era of Karaite prosperity.

“Russia annexed Crimea in the 1700s,” Ormeli said, referring to Catherine II’s initial conquest of the peninsula in 1783. “Then, a Crimean Karaite intelligentsia appeared. There were rich Crimean Karaites, who lived in Moscow, [St.] Petersburg and worked in the tobacco industry. This all happened while Crimea was Russian.”

Such nostalgia for the Russian Empire may have something to do with the way Crimean Karaite self-conception changed under imperial rule.

In 19th-century Crimea, Karaites began to distinguish themselves from Jewish groups, sending envoys to the czars to plead for exemptions from harsh anti-Jewish legislation. These entreaties were successful, in large part due to the czars’ wariness of the Talmud, and in 1863 Karaites were granted the same rights as their Christian and Tatar neighbors. Exempted from the Pale of Settlement, which limited the mobility of Jewish counterparts, Karaite communities sprang up in Russian cities and gave rise to a substantial body of unique scholarship.

The same tactic of distancing themselves from their Jewish roots and emphasizing, instead, purported Turkic origins, also gave the Karaites of Crimea an advantage during the Holocaust. While other Jewish communities in Crimea — including the Turkic-speaking Krymchak Jews — were nearly wiped out, the Karaites survived largely unscathed, considered non- Jews by the Nazis.

Asked about the current political situation, Ormeli described fear of the “lawlessness” that descended on Kiev during the clashes between protesters and Viktor Yanukovych’s now-toppled government. “We were afraid of these wild events,” Ormeli said. “We were afraid that these would happen in Crimea.”

As Russian forces consolidate their control over Crimea, the region’s future remains in question. But Viktor Zakharovich, a proprietor of the Karaite house of worship and museum in Yevpatoria, Crimea, sounded a note of confidence.

“Our community has lived under five or seven different governments in Crimea,” he said. “But here, we are always in our land.”