Listen To A Track From William Shatner’s Christmas Album 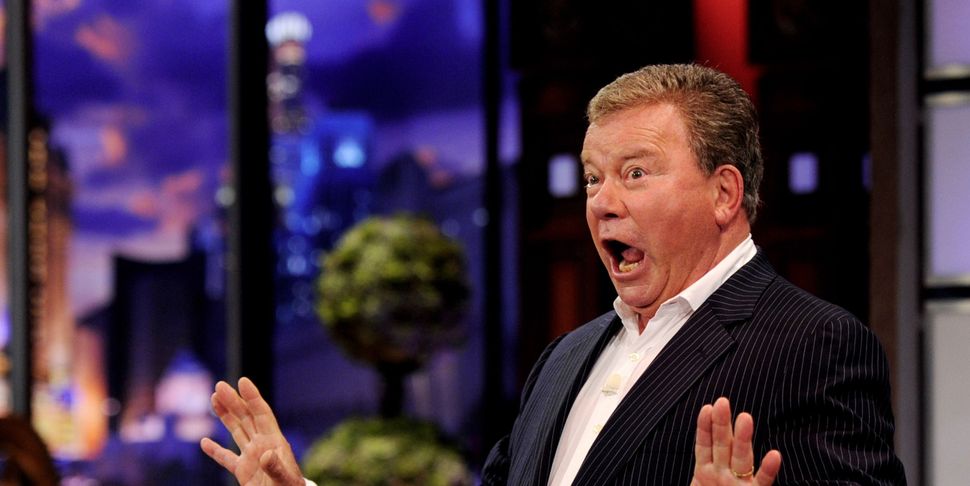 William Shatner on “The Tonight Show.” Image by Getty/Kevin Winter/NBCUniversal/Contributor

Christmas came early. Consequence of Sound reports that William Shatner, the King David of spoken-word song is releasing his first ever Christmas album with an impressive roster of guest artists. It gets better: It’s called “Shatner Claus — The Christmas Album.”

The track list, boasting 14 standards, has Stooges legend Iggy Pop on board for “Silent Night,” Lynyrd Skynyrd’s Artemis Pyle and rocker Todd Rundgren accompanying Captain Kirk on “Winter Wonderland” and Ian Anderson of Jethro Tull on a rendition of “Silver Bells” just to name a few.

The lineup is bafflingly diverse and promises a whole bunch of merry genre-confusion from Prog Rock to Country. Shatner’s not one to leave us hanging, so the last track, “Jingle Bells (Punk Rock Version)” featuring Black Flag front man and Rolling Stone columnist Henry Rollins, has been released on Soundcloud. It’s in a word: Incredible.

Shatner speak-sings the verses in his trademark staccato style, often straying far afield from the rhythm of the instrumentals (which we wouldn’t be surprised to learn are a karaoke track). Rollins jumps in on the choruses with gusto, backed by what sounds like wood blocks subbing in for trotting horses. The whole affair sounds like it was done in one, rollicking take and it’s delightful, culminating in an extended ad lib by Shatner that implies the sledders of the song may be guilty of DWI. “You’ve been drinking too much eggnog!” Shatner exclaims.

Other Jews have made their mark in the Christmas album market, most notably Barbra Streisand and Bob Dylan. Shatner’s entry to the canon doesn’t seem to have much in the way of those other artists’ gravitas. It looks like the record will be the perfect soundtrack to Chinese food with the family when it drops this holiday season.

Listen To A Track From William Shatner’s Christmas Album