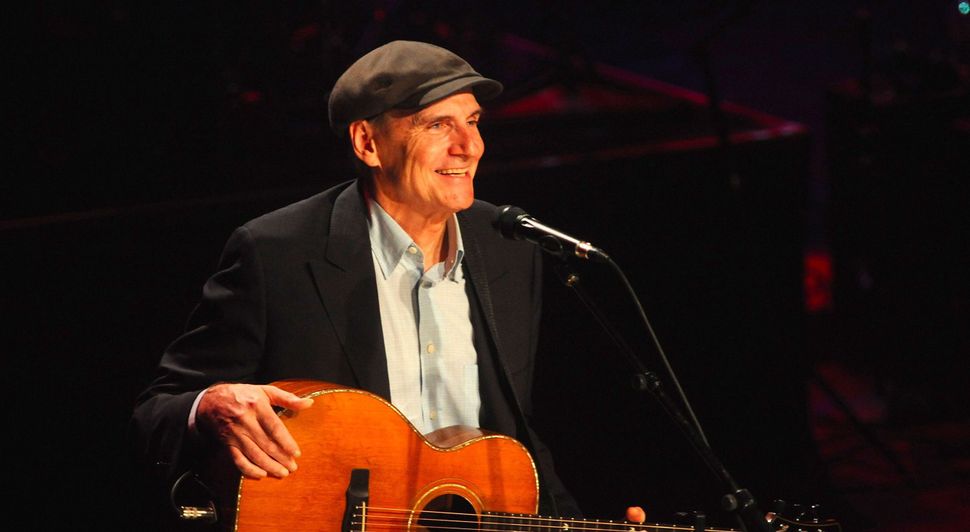 Editor’s Note: This story was originally published in the Forward on August 3, 2015. 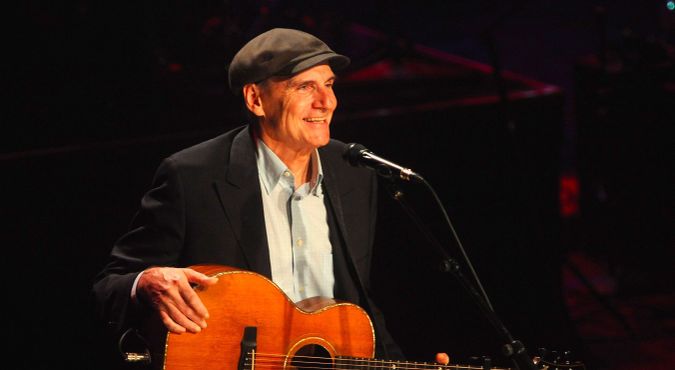 This past June, James Taylor finally achieved a feat that had eluded the folk-pop singer-songwriter for the past 45 years or so: His new album, “Before This World,” shot to No. 1 in its first week of release. The last time the folk-rock singer-songwriter approached the top of Billboard’s album charts was in 1971 when his sophomore release, “Mud Slide Slim and the Blue Horizon,” peaked at No. 2. The only thing standing between that record and the No. 1 position was his good friend Carole King’s monumental hit album, “Tapestry,” which held first place for 15 weeks that year on its way toward becoming the best-selling album of its time.

While the Brooklyn-raised daughter of a firefighter, born Carol Klein, kept the aristocratic Southern Yankee Taylor from the top of the album chart, she did supply him with his only No. 1 hit single, in the form of the song “You’ve Got a Friend.” It was Taylor’s version, and not King’s — which was included on “Tapestry” — that garnered the most sales and airplay back in 1971, although King’s album produced a handful of other hits, including “It’s Too Late” and “I Feel the Earth Move.”

Taylor would go on to score another hit single with a tune that King wrote with her former husband and songwriting partner, fellow Brooklynite Gerry Goffin, when in 1979 he recorded a version of their tune “Up on the Roof,” originally a hit for the Drifters. The song would prove to be Taylor’s final Top 40 hit after a steady run of them throughout the ’70s.

While Taylor is known mostly for writing his own songs, including “Fire and Rain,” “Your Smiling Face” and “Shower the People,” he has turned to numerous Jewish songwriting duos for material, including Richard Rodgers and Lorenz Hart (“My Romance”) Burt Bacharach and Hal David “(The Man Who Shot) Liberty Valance,” and Jerry Leiber and Mike Stoller (“Hound Dog”).

Of Scottish heritage himself, and a native New Englander who grew up mostly in North Carolina, Taylor — the son of a doctor — has surrounded himself in his adult life with Jewish musicians, friends and collaborators, most notably his first wife, Carly Simon.

Taylor and Simon were the king and queen of soft rock in the ’70s, singing backup on each other’s records, making babies — Sally and Ben Taylor, both of whom grew up to be singer-songwriters just like their parents They even scored a duo hit with “Mockingbird,” by brother-and-sister songwriting duo Inez and Charlie Foxx, who were from Greensboro, North Carolina, not far from where Taylor spent most of his childhood before being shipped off to boarding school outside Boston. “Mockingbird” featured instrumental contributions by such Jewish musicians as guitarist Robbie Robertson and saxophonist Michael Brecker. 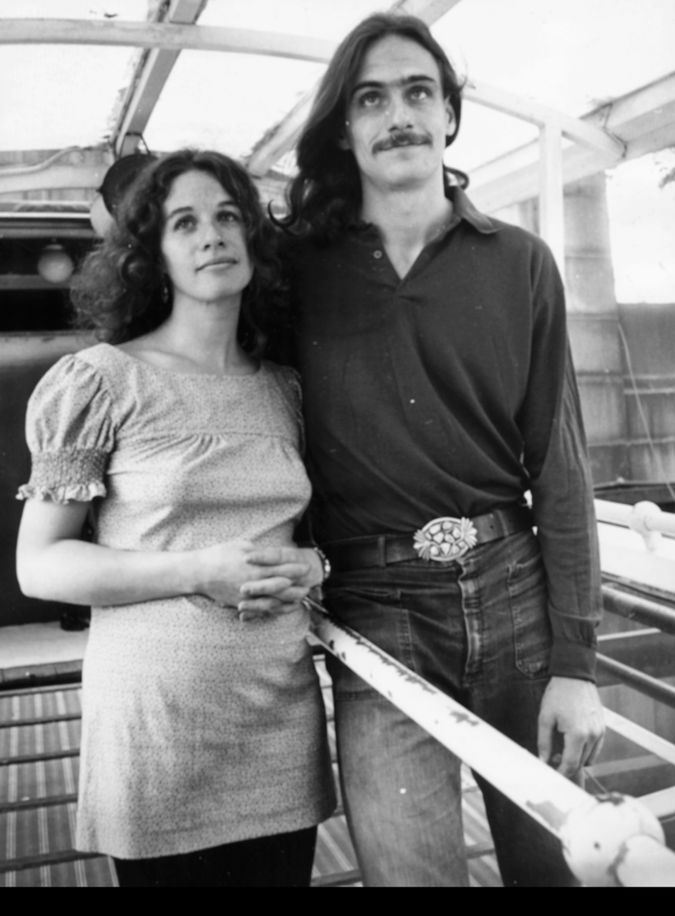 While Taylor may have been the quintessential confessional singer-songwriter of the ’70s, the form itself was one established earlier on by a pack of mostly post-Brill Building Jewish singer-songwriters, including Neil Diamond, Paul Simon, Neil Sedaka, Laura Nyro, Leonard Cohen and, of course, Bob Dylan. With his hippieish good looks and aristocratic breeding, Taylor was uniquely positioned to take the format and make it palatable to a pop audience hungry for an all-American folk-rock poet in the mellow decade after the sociocultural furies of the 1960s.

Taylor’s unique style combined an equal flair for country-influenced melodies and arrangements with a genuine feeling for, and appreciation of, soul music, as evidenced by his hit remake of Marvin Gaye’s “How Sweet It Is (To Be Loved by You),” as well as by other rhythm and blues covers, including Jimmy Jones’s “Handy Man” and Eddie Floyd’s “Knock on Wood,” which Taylor has been playing as an encore on his current summer tour.

Besides the aforementioned, other Jewish musical partners in the studio and on the road have included his childhood friend Zach Wiesner, with whom he formed his first band, the Flying Machine, as well as his longtime pianist and musical director, the late Don Grolnick; mandolinist David Grisman; backup vocalist Kate Markowitz, and in later years, ace guitar slinger Michael Landau, who formerly worked with the late, great Jewish rock singer-songwriter Warren Zevon.

Among Taylor’s other Jewish musical pals are his friend and fellow singer-songwriter Randy Newman, who cast (some say “typecast”) Taylor in the role of God in Newman’s musical version of “Faust.” And among the many honors Taylor has received are the 2004 George and Ira Gershwin Award for Lifetime Musical Achievement, putting him in the esteemed company of such musical greats as Ray Charles, Mel Torme, Randy Newman, Frank Sinatra, Stevie Wonder, Burt Bacharach and MC Hammer.

Seth Rogovoy writes frequently about the unlikeliest Jewish affinities in American popular culture and music for the Forward.