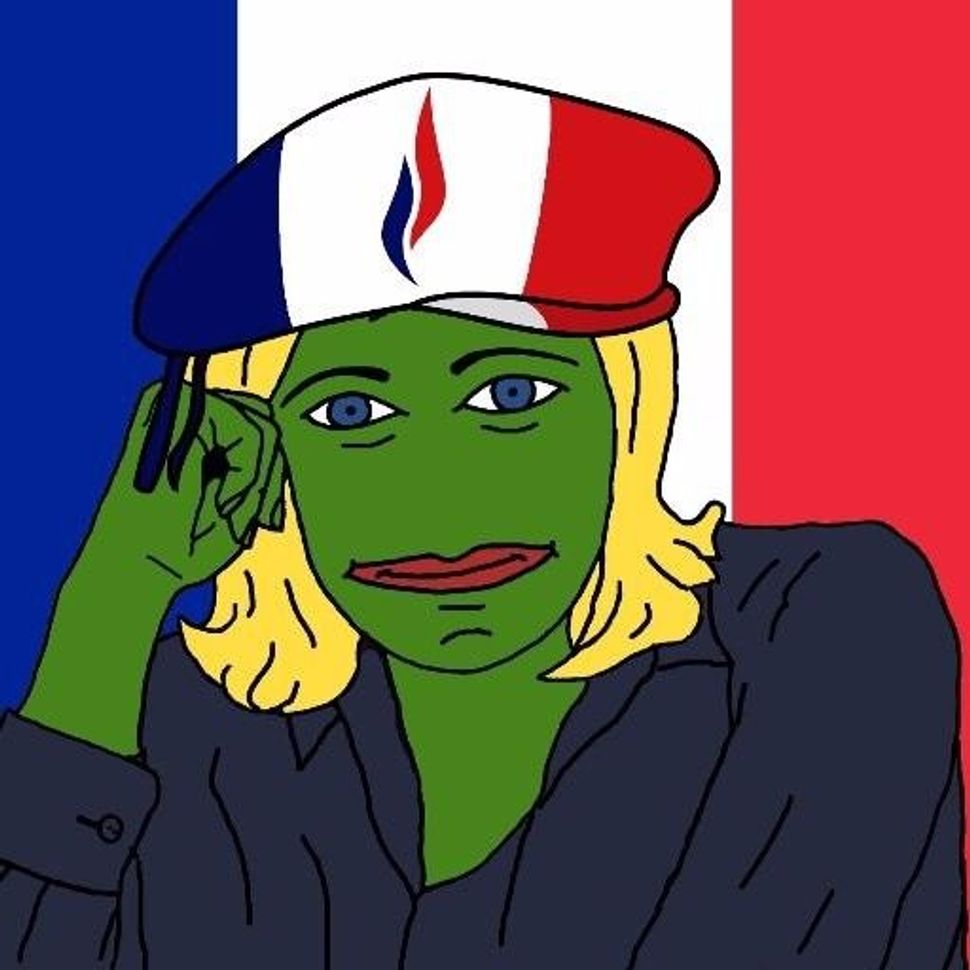 In the hours after Donald Trump’s victory in the presidential elections, bloggers on the white nationalist “alt-right” were exuberant. Their hours of trolling on Twitter for The Donald had paid off. The flood of amateurish viral images — where they recast Trump as a white crusader or a dark Emperor in Star Wars or the smirking anti-Semitic Pepe the Frog — had real power. The message flew around on chat-rooms: “We memed a president into office.”

Now the alt-right wants to launch a similar campaign for another far-right candidate who they see as an ally in their vision of global revolution — Marine Le Pen.

One commenter wrote: “A meme has been born.”