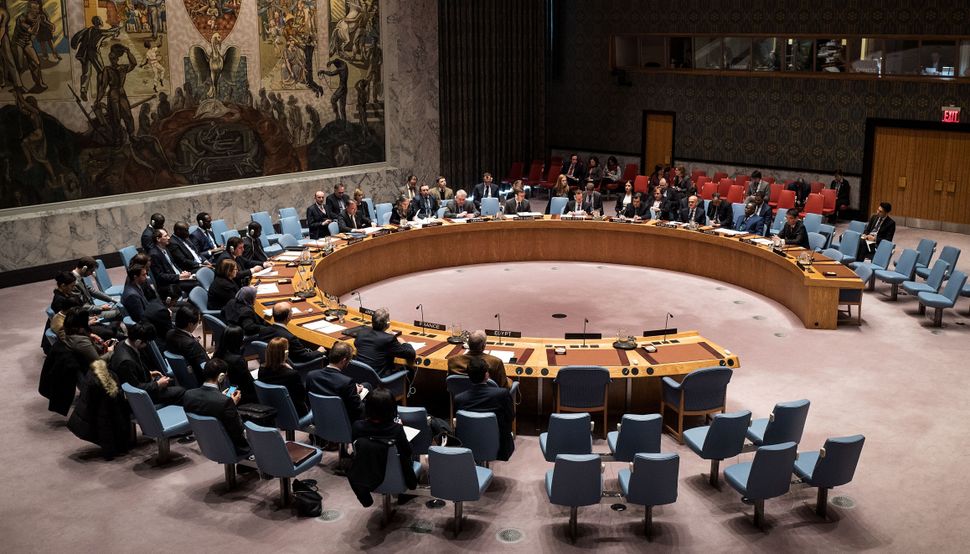 Donald Trump said the UN resolution that denounced Israel’s occupation of the West Bank would make Middle East peace more difficult than ever.

Echoing Israel, the president-elect called the resolution a “big loss” — but vowed to push for a deal with the Palestinians.

The big loss yesterday for Israel in the United Nations will make it much harder to negotiate peace.Too bad, but we will get it done anyway!

The resolution, which criticized Israel for building Jewish settlements on occupied Palestinian lands, passed 14-0 after the U.S. abstainined.

Trump has vowed to turn the page on what he has called President Obama’s lukewarm support of Israel — or worse.

David Friedman, the man he has nominated to be ambassador to Israel, is a supporter of radical Jewish settlements and has denounced American Jews who push for a two-state solution as “worse than kapos,” a reference to Jews who aided the Nazis.