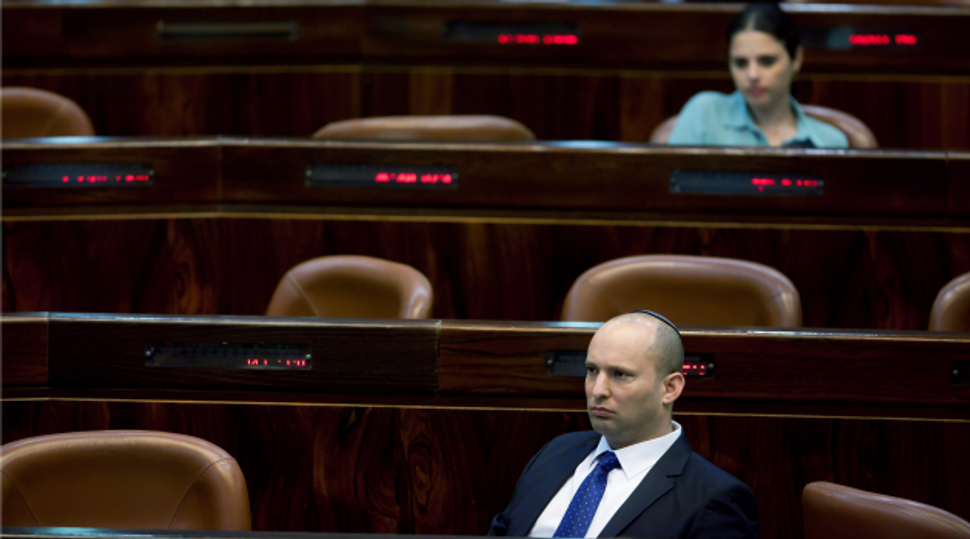 Open Hillel, a movement of Jewish students who seek to widen discourse about Israel on college campuses, is holding a rally this afternoon — urging Hillel International to end its financial partnership with Naftali Bennett, Israel’s Diaspora Affairs Minister.

The rally is taking place outside Hillel International headquarters in Washington D.C.

“As the U.S. prepares to inaugurate a president who has demonstrated a profound disregard for civil liberties and civil rights, Open Hillel is urging Hillel International to renounce its partnering with Bennett, an Israeli cabinet member who has demonstrated a similar disregard for democratic values,” said Elana Metz, national organizer of Open Hillel in a press statement.

Who do you serve @HillelIntl ?! Now is not the time to partner with right wing bigots! #J20 #JewishResistance #OurJudaismIncludes pic.twitter.com/xT9WG74yKT

Open Hillel is a 4-year-old student group that seeks to abolish Hillel International’s Standards of Partnership rules that prevent campus Hillels from working with individuals or groups that “delegitimize” the Jewish state, or support the Boycott, Divestment and Sanctions movement targeted at Israel.

The Israeli government has vowed to contribute $22 million to the initiative, Haaretz reported, with the partnering organizations investing $44 million. The ministry establishing a company Mosaic United, to manage the initiative.

But Open Hillel students object to the partnership because of Bennett’s politics.

“Hillel’s partnership with Bennett will undermine its stated commitments to pluralism and open discourse,” the Open Hillel statement said. “Bennett opposes the recognition of Reform and Conservative rabbis; opposes marriage equality in Israel; and opposes interfaith marriages and relationships.”

Leading up to the rally, students posted images on Twitter of signs they would carry, including references to president-elect Donald Trump, who will be inaugurated as president this weekend and is also the source of division and protest among Jews. “Hillel, who do you serve?” read one, “Your students? Or Trump & Bennett?”