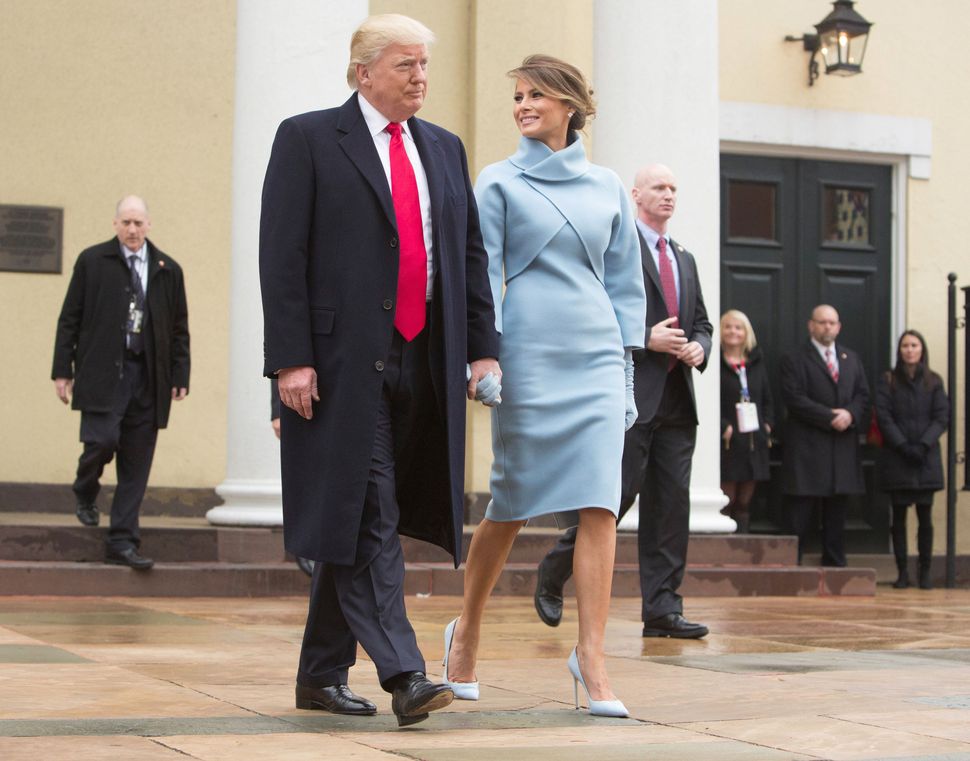 For this morning’s swearing-in, the new first lady wore a pale-blue cashmere skirt suit designed by the Bronx-bred son of immigrants. He also designed her snow-white election night jumpsuit.

According to CNN, the fashion house “declined to comment on how the Ralph Lauren Collection came together, whether they offered the powder blue skirt ensemble or if Trump chose it herself.”

Melania Trump is far from the only high-profile political figure wearing Lauren’s designs these days: Hillary Clinton wore a bright-white Ralph Lauren suit to the inauguration.

Lauren dressed Clinton for every major campaign appearance since 2015 and designed all three of her debate pantsuits, the suit she wore at the DNC convention and the suit she voted in on November 8.