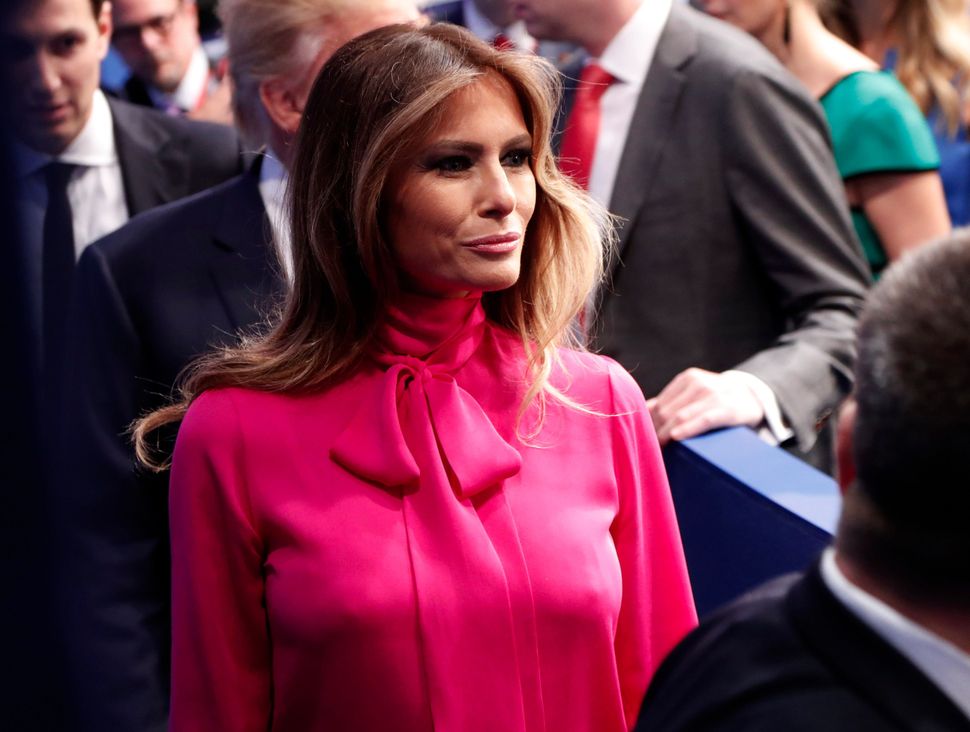 Rumor has it that Ralph Lauren may be dressing Melania Trump for inauguration.

According to Women’s Wear Daily, the 77-year-old fashion designer is working on a number of ensemble pieces for the future first lady. Lauren, who was a vocal supporter of Hillary Clinton, is reportedly designing a gown and a selection of outfits for the former model to wear throughout inauguration festivities, as well as a few additional pieces for the Trump family.

Karl Lagerfeld is also rumored to be designing inauguration outfits for Mrs. Trump.

This won’t be the first time Trump has worn a Lauren-designed ensemble. She infamously donned a black “pussybow” jumpsuit by the designer to the third presidential debate, just days after Donald Trump’s “grab them by the pussy” audio was leaked. The future first lady also wore a Ralph Lauren white one-shoulder jumpsuit on election night.

There have been mixed reactions from A-list fashion designers on whether they would dress Melania Trump. Marc Jacobs, Derek Lam, and Tom Ford have all said they are opposed to the idea, while Tommy Hilfiger and Diane von Furstenberg have said they would.

“Melania deserves the respect of any first lady before her. Our role as part of the fashion industry is to promote beauty, inclusiveness, diversity,” Furstenberg told WWD. “We should each be the best we can be and influence by our example.”