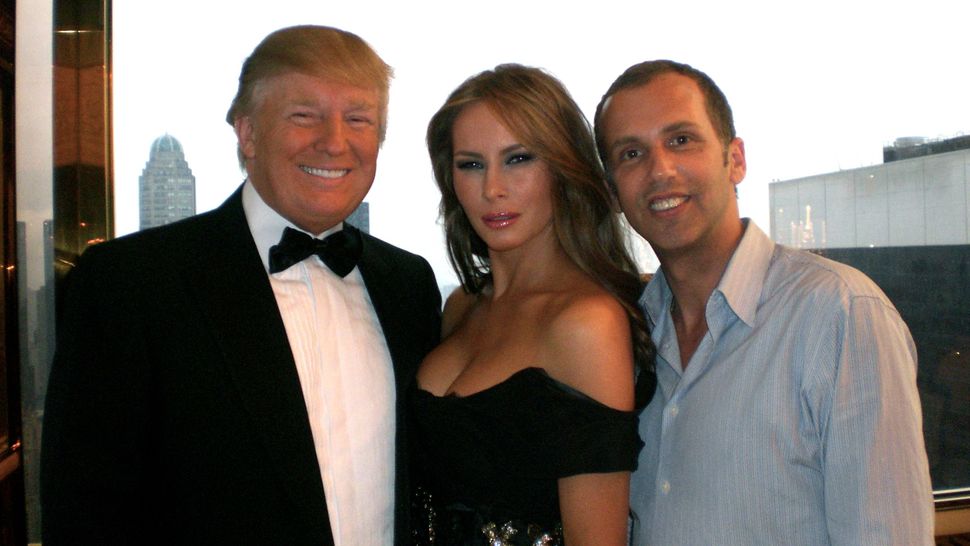 Behind Melania Trump’s perfectly coiffed hair is an Israeli hair stylist waiting in the wings with a blow dryer.

And when it comes to glamour and glitz, Mordechai Alvow is ready to bring it.

Alvow, a celebrity hairstylist and founder of his own all-natural and organic hair care line Yarok (which means “green” in Hebrew) has become the preferred hair guru for the presumptive Republican nominee’s wife. Working with Melania Trump for almost a decade, Alvow has become the go-to stylist for all the Trump women, including daughter Ivanka, and even Trump’s 10-year-old son Barron.

Born in Jaffa to Turkish parents, Alvow was influenced by his family’s organic and home made approach to cooking. “My mom never opened a can of anything at home,” he said, chuckling in an interview with the Forward. Alvow first gained notoriety in his native Israel doing the hair for runway shows for his brother, a fashion designer, but set his sights on moving to the states after he left the Israeli air force. 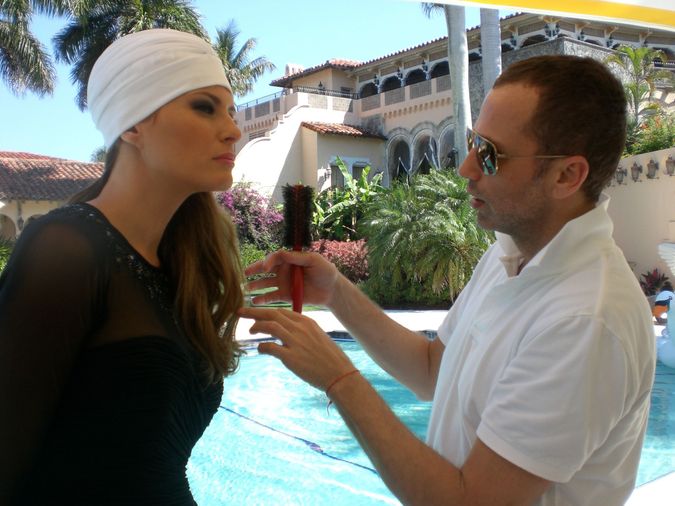 Alvow spoke with the Forward about Yarok, Melania’s more private personality, Donald Trump and yes, even the Zohan.

Tell me about why and how you started Yarok?

As a child, my candy stores were perfumeries. My attention to scents and product and bottles and shapes was from an early age. Everything started coming about together. I mixed a few nut oils in the salon and stated treating the clients and the results were amazing. A big part of what I’m doing is about how am I changing this industry? How am I helping other people? Imagine standing behind a chair for 12 hours a day and breathing in chemicals. 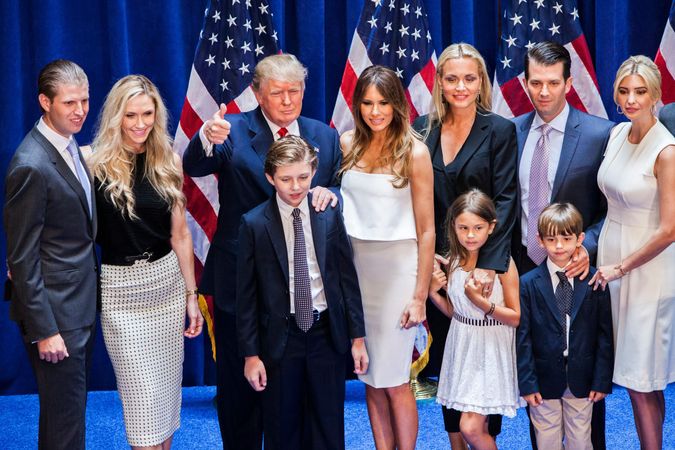 How did you start working with Melania Trump?

My agent sent me to a job when Japanese Vogue wanted to do a story on Melania. That was the first time we met in Mar-a-Lago. Sure enough, the minute I went in, she opened the door and we really hit it off. And that’s how it started. That was about nine years ago. We started working together and [Melania] started a jewelry brand of her own and there were a lot of interviews and covers with that and she did QVC, so we flew on the helicopter to QVC all the time for appearances.

I became more involved with the family and that’s when Ivanka started using me to for some things, like her latest perfume ad, I did her hair there. 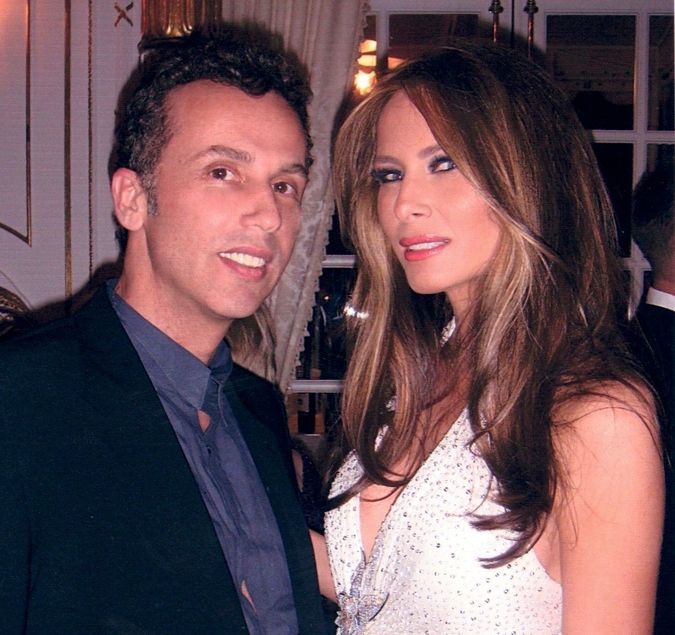 Oh, she’s incredible, loving, fun and great. I wish that part of who she is would be a little more out there and exposed. I think she’s holding back a little bit when she’s on the news. She’s much more open and soft and happy and great when there are no cameras around. She’s very family oriented, she keeps asking about my family, my nephew, asking about Kabbalah. She likes to learn a lot about areas or subjects she’s not familiar with. She’s very modest, very beautiful with no makeup. 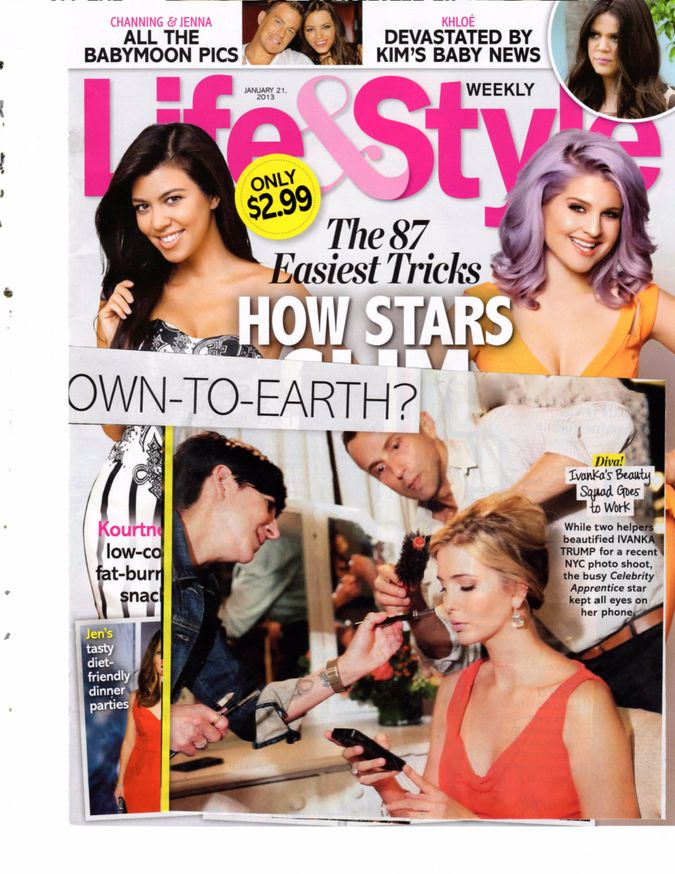 Our readers are fascinated by Ivanka Trump. She’s always so poised and put together. What is she like to work with sitting in a chair doing her hair?

She is completely different, she’s super busy. Obviously she is very driven from what she does, she’s very smart. Everything she says is communicated very thoroughly and beautifully. It’s always super fast when we get together to do hair and makeup. There’s newspaper reading, phone calls, the babies, there is a lot going on. But everything with a smile and [she’s] really, really nice. 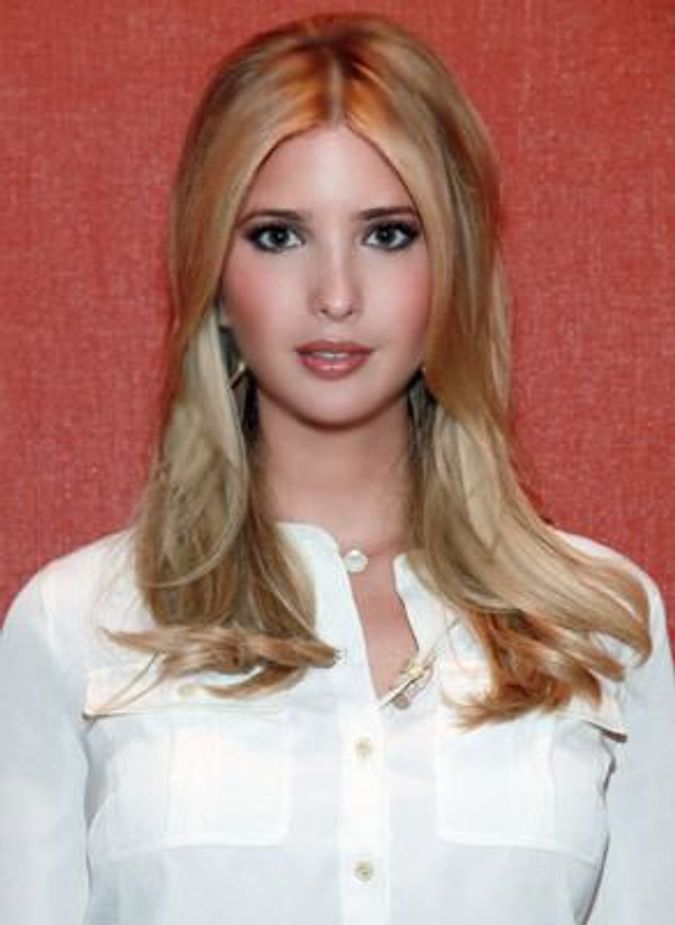 Does she ever talk about Judaism with you?

There were a lot of torah books and Shabbat books around when I went over. Obviously she keeps Shabbat and everything is kosher and she has the books around. I think it was more, at the beginning when we met, talking about Israel because I’m from Israel. It wasn’t necessarily about religion. I can tell when I go over that she is effected by it and she keeps [Shabbat]. 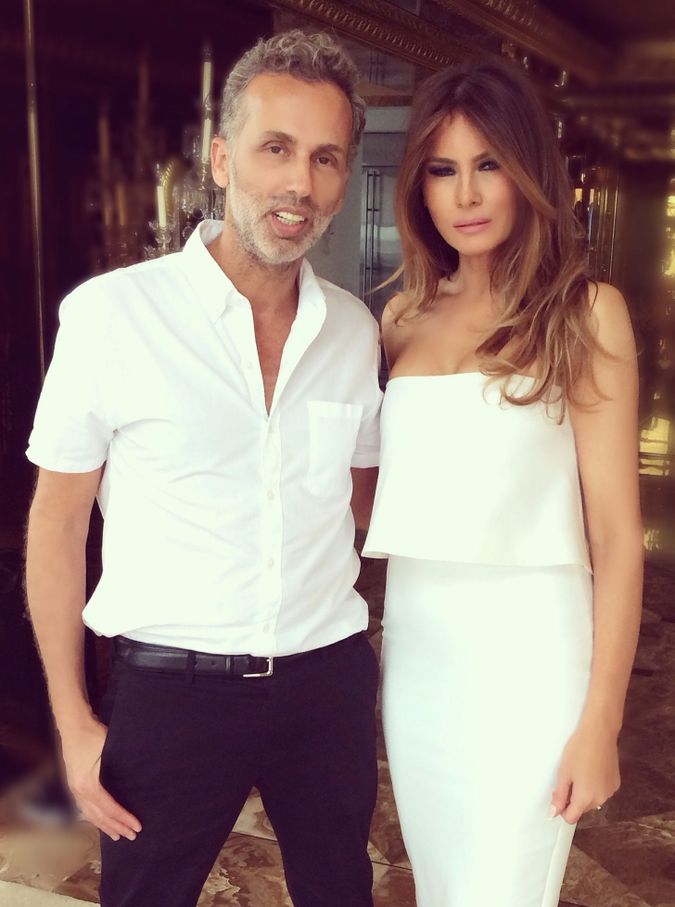 Have you met Donald Trump?

Oh, all the time.

What is he like without cameras and other people around?

He’s a lot of fun actually. Every time I do Melania’s hair, it’s in the house and a lot of times [it’s] before they go away or before they go to a show and he comes in and you can tell that he really, really loves her. He looks at her like she’s an angel. He throws jokes at us and I spend a lot of time going with them to Mar-a-Lago and flying with them on the plane. And he’s kind of like a connector, he introduces everyone to everyone and makes you feel bigger than life and makes you feel very good. If he’s introducing his lawyer to me, it’s like “oh my god, he’s the best in the world.”

The guy has the most amazing energy and I’ve seen him at parties and situations where he’s a lot of fun, he never drinks and it’s amazing how in a good mood he is for someone who is constantly doing that and never drinks.

Does Trump ever joke about his hair with you?

[Laughs]It’s funny; because that’s one thing we never talk about. A few years ago [Melania] told me, he doesn’t tell me what to do and I don’t tell him what to do. And I think that’s kind of something to learn from. He has his own personality and that’s what he likes and that’s what he does. You like it or not, the most inspiring thing to me is that he feels great with it. The entire world can make a joke, but he’s so secure with who he is. 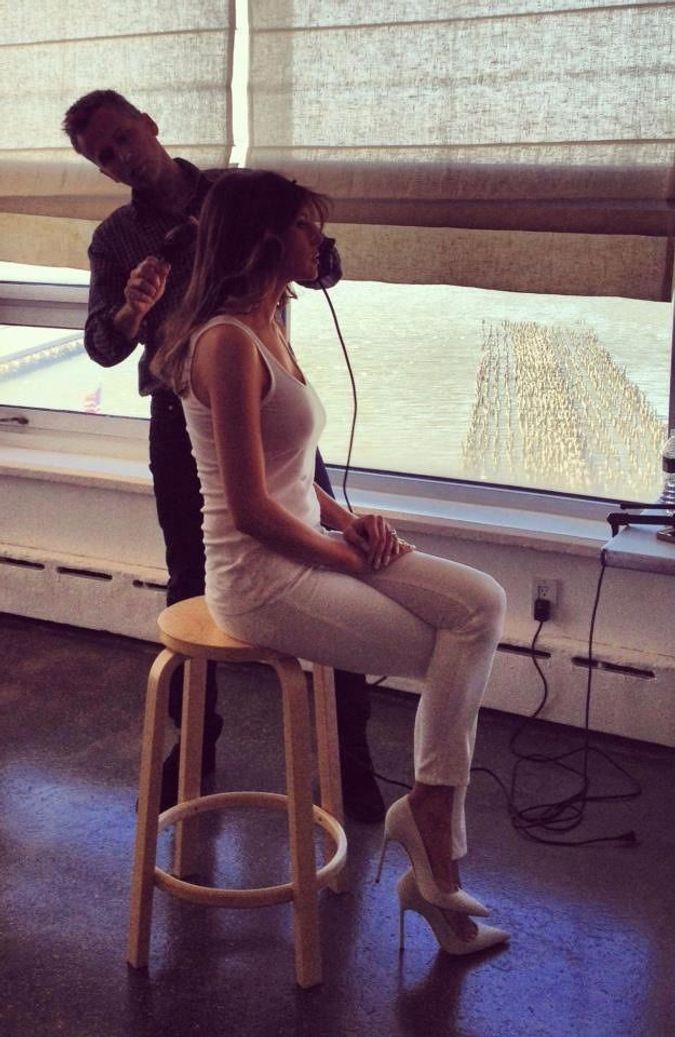 Have you done Melania’s hair on the campaign trail?

Most of the time when you see her it’s me. I do Barron’s hair as well. I’m excited to go to the convention with Melania, it’s a once-in-a lifetime opportunity.

I have to ask you about the “Zohan” comparisons. You probably hate that movie so much.

It’s so funny, because I never found this movie funny and everyone is “Oh my god, you are the Zohan” and I’m like “Uhh okay.” [Laughs] It doesn’t bother me now, but it’s always very funny to me that you end up hearing that again.