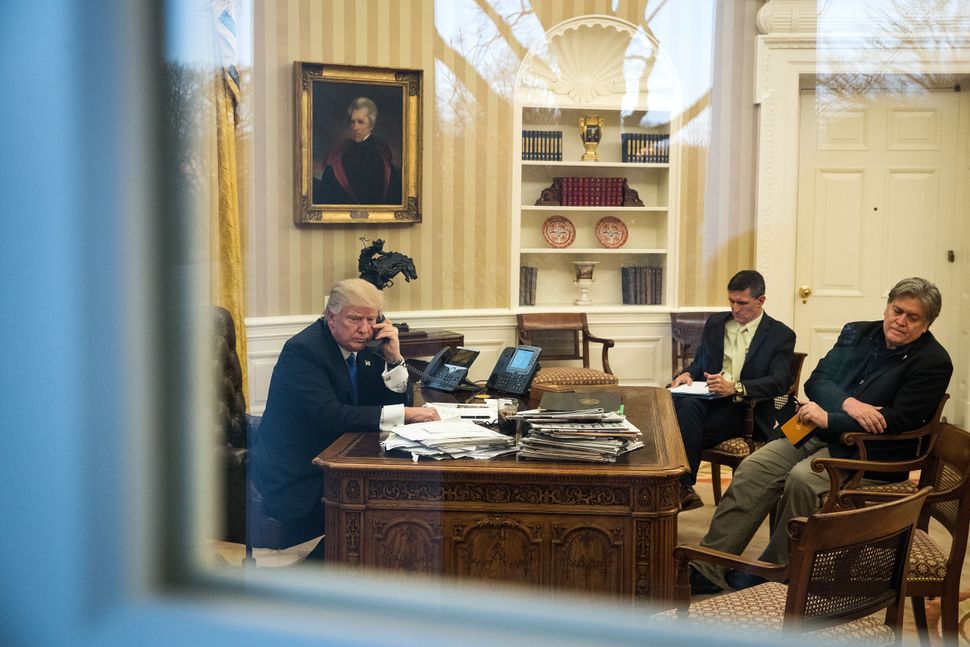 Stephen Bannon, the senior counselor to the president in the White House and former head of the “alt-right” muck-raking website that has been accused of racism, xenophobia and misogyny, has replaced the military chiefs of staff on the National security Committee, the BBC has reported.

This comes days after left-wing website Alternet’s claims that Bannon is behind the slew of presidential executive orders that have thrown the airports and embassies into chaos.

During the first week of Donald Trump’s presidency, Bannon described the American media as “the opposition party,” and — seemingly in contradiction to either being media or being an opposition party — said that it should “keep its mouth shut.”

Bannon, who has been accused of anti-Semitism, has limited navy and no security experience.