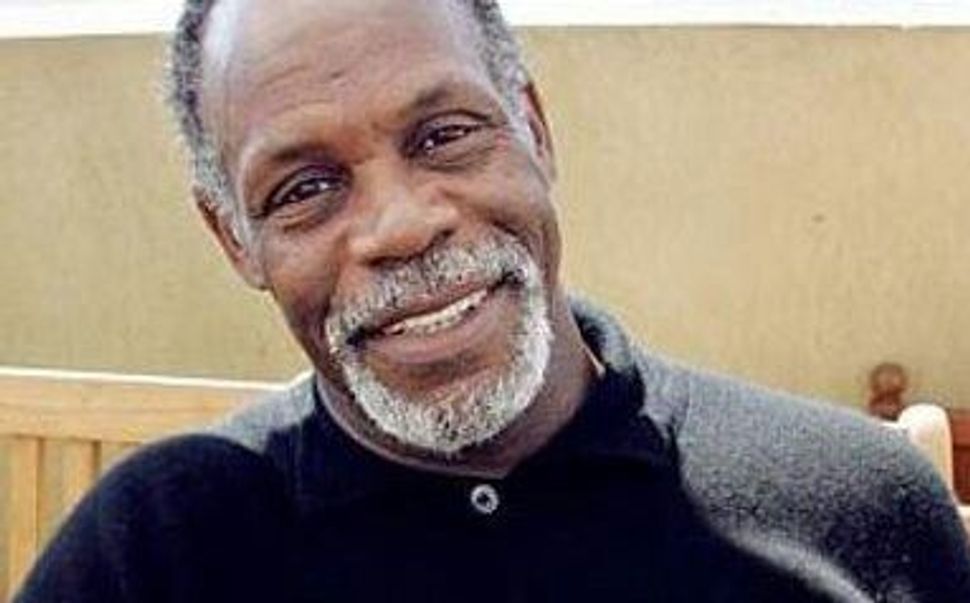 A Jewish engineer in Georgia who rented his driveway to a film crew including Danny Glover has donated the proceeds to the anti-BDS group StandWithUs to counter the actor’s criticism of Israel.

Dovid Antopolsky of Sandy Springs told the Atlanta Jewish Times that he agreed to rent out his yard to the crew for a shoot in mid-February. Then he learned Danny Glover would be involved. Glover is a vocal critic of Israel. He and other American intellectuals signed a letter urging NFL athletes to skip a trip to Israel sponsored by the government; as a result, only five of the original 15 players went.

Antopolsky considered canceling. Then he saw his dilemma as an opportunity.

“I feel I also have the chance to make a statement,” Antopolsky told the newspaper. “When a star like Glover makes a statement against a nation trying to defend itself, I want to express my disappointment. Further, I don’t want to be associated with blatant misinformation.”

The shoot was for the film “Come Sunday,” about an Evangelical preacher who is ostracized when he says there is no hell. The movie is based on a 2005 episode of This American Life; host Ira Glass is one of the movie’s producers. Danny Glover will play the part of the uncle of the heretic preacher.

Antopolsy said he came to the idea after consulting with Rabbi Yossi New, the spiritual leader at the local Beth Tefillah synagogue. “I thought it best to move forward with the movie shoot and call attention to our objections and what step could be taken to turn it into something more positive,” New told the newspaper.