Trump Promises ‘Unbreakable’ Bond With Israel — Even As He Looks Inward 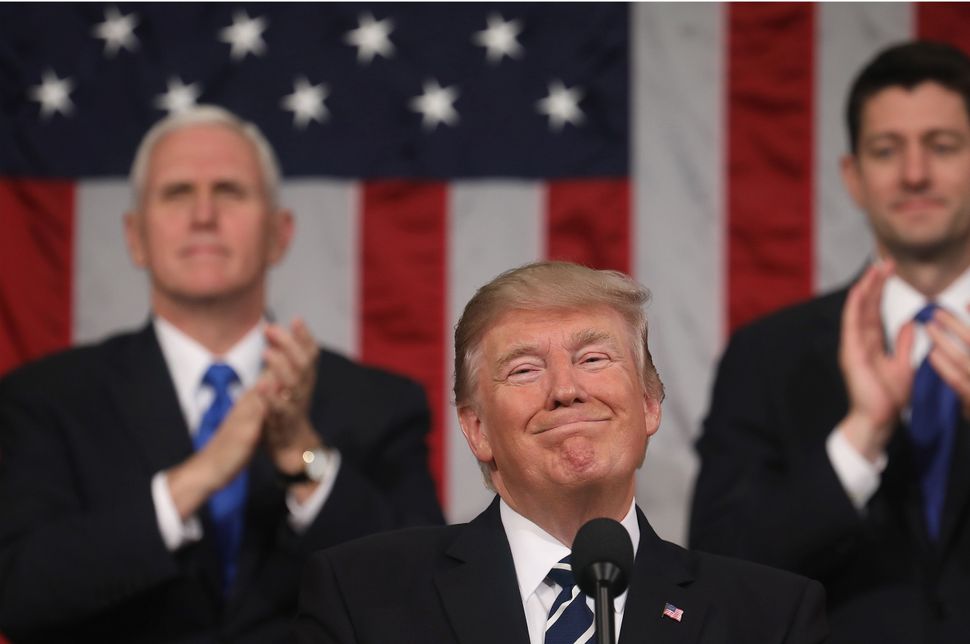 While his speech to a joint session of Congress Tuesday focused primarily on laying out his domestic and economic vision, President Trump also reiterated an isolationist approach that will guide America’s relations with the world.

The Trump administration has indicated it will not cut foreign assistance to Israel, one of America’s largest recipients of aid in the region. In his speech, Trump vowed to “reaffirmed our unbreakable alliance” with Israel and noted his administration’s decision to impose new sanctions on companies and individuals involved in Iran ballistic missile program.

Trump did not make any reference in his speech to the Israeli-Palestinian peace process or to any broader Middle East policy.

Trump Promises ‘Unbreakable’ Bond With Israel — Even As He Looks Inward