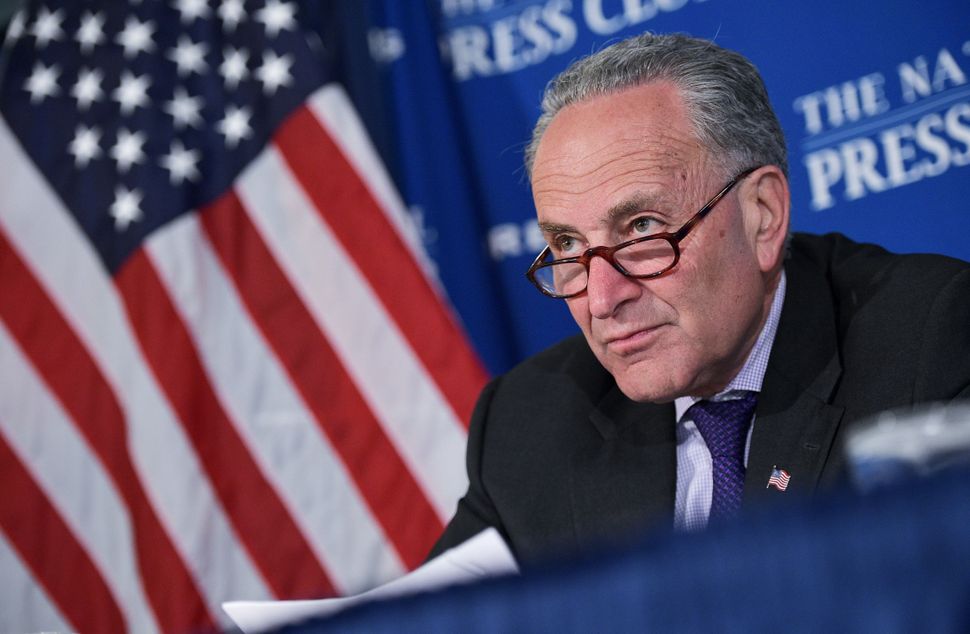 In a letter to the chairman of the Federal Communications Commission, U.S. Senator Chuck Schumer asked that Jewish Community Centers be granted special permission to track threatening phone calls.

“I am urging the FCC to grant a critical waiver, which will allow targeted JCCs to work with local law enforcement to access the critical caller ID information that would finally allow us to identify and locate these perpetrators,” Schumer said in a statement.

Citing an incident last year in which a school in Long Island received special permission to trace calls amid a rash of so-called “swatting” incidents, in which callers phoned phony reports to police with the intention of drawing massive police responses to victims’ houses.

“The school district was unable to track the perpetrators, who hid behind blocked numbers,” Schumer wrote. “The access enabled critical school personnel and law enforcement officials to coordinate with one another in their attempts to quickly respond to swatting calls made to the School District.”

In his letter, Schumer asked that similar waivers be granted to local JCC’s in light of the ongoing wave of bomb threats.