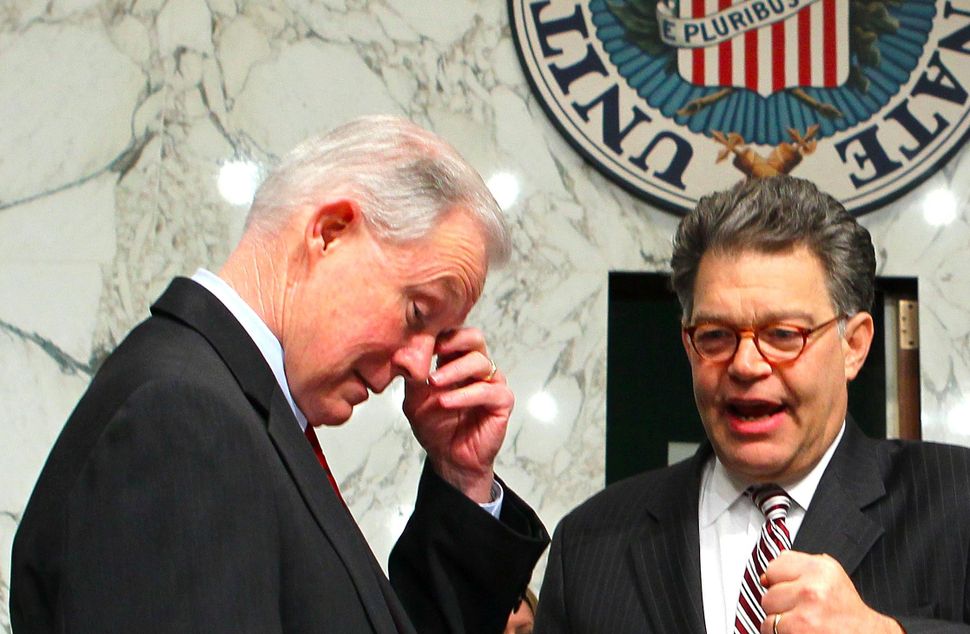 Sen. Al Franken said he is “very troubled” that Attorney General Jeff Sessions lied about his contacts with the Russian ambassador during his confirmation hearing last month.

The Jewish Minnesota Democrat tweeted about Sessions after the Washington Post revealed the two meetings, which Sessions specifically denied in an answer to Franken during his hearing.

At his Jan. 10 Judiciary Committee confirmation hearing, Sessions was asked by Franken what he would do if he learned of any evidence that anyone affiliated with the Trump campaign communicated with the Russian government in the course of the 2016 campaign, the Post reported.

Sessions responded: “I have been called a surrogate at a time or two in that campaign and I did not have communications with the Russians.” Sessions claimed Wednesday that he didn’t consider the conversations with Ambassador Sergei Kislyak relevant.

If it turns out Sessions lied under oath, he of course will be sbjct to criminal prosecution & shld immediately resign. #ResolutionofInquiry https://t.co/Lw3oDdv62x