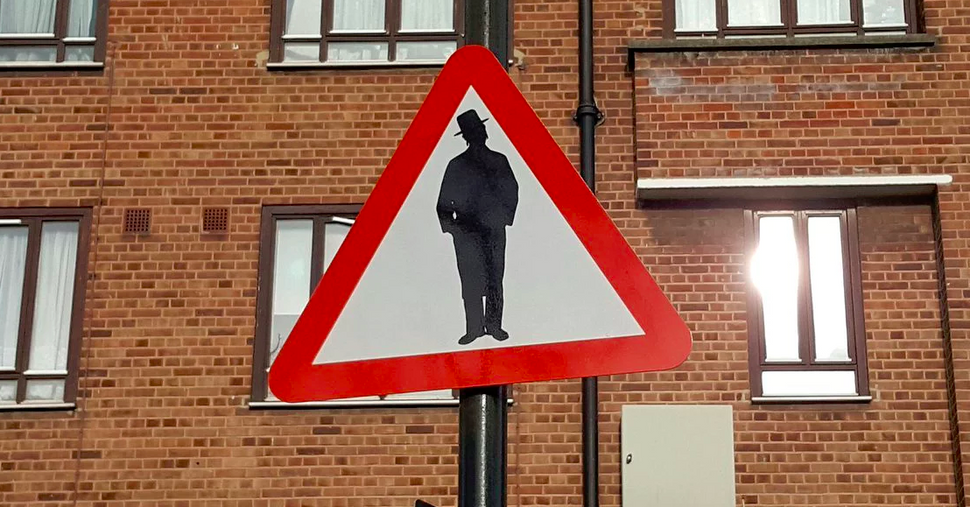 UPDATE: The photographer behind the signs apologized, calling them part of an art project.

A “Beware of Jews” street sign that appeared in Stamford Hill, a London area home to a large Orthodox Jewish community, has been branded as “disgusting” and “despicable” by local lawmakers.

A neighborhood watch group said the red triangular warning sign, featuring a silhouetted image of a man in Orthodox Jewish clothing and hat, was attached to a lamppost near a synagogue.

“Despicable, nasty behavior that has absolutely no place in our community,” tweeted another Labour lawmaker from a nearby London area, David Lammy.

Municipal authority Hackney Council said on Wednesday it had not found the sign, which was one of a number of fake warnings in the area, and believed it had already been removed.

Stamford Hill is home to Europe’s largest Haredi community of strictly Orthodox Jews, with an estimated 30,000 living in the area. It has been targeted by far-right supporters in the past and police figures show an increase of more than 60 percent in anti-Semitic incidents in London last year.—Reuters