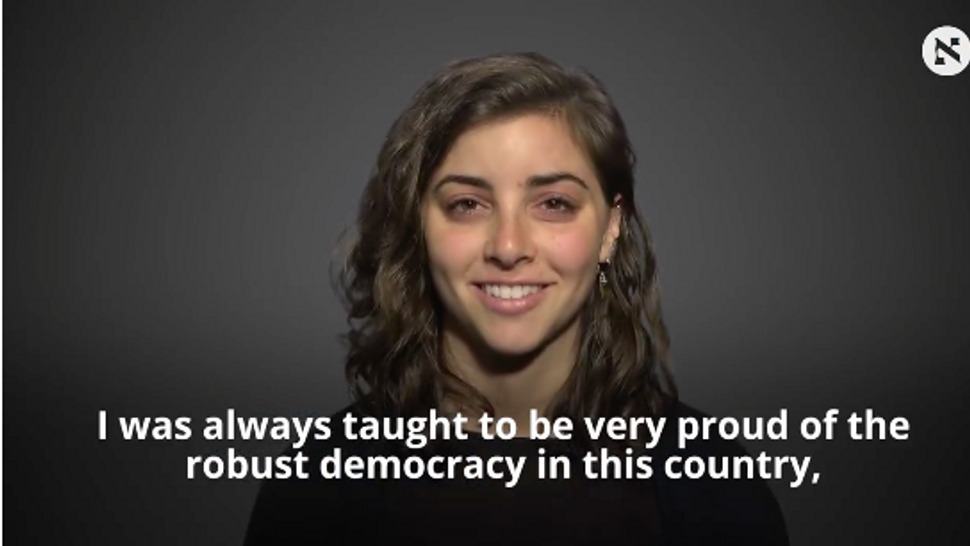 “I’m outraged there’s a chance I might not be allowed into this country,” Zimmerman said in a video by Israeli daily Haaretz. It has been shared 1,000 times.

Zimmerman, an activist was briefly Jewish outreach coordinator for the Bernie Sanders Presidential campaign, but lost her position after a Facebook post surfaced in which she swore at Israeli Prime Minister Benjamin Netanyahu and called him “arrogant, deceptive, cynical.”

The travel restrictions, passed in early March, instruct Israeli border officials to deny entry to travelers who “has called for a boycott of Israel in any public media or who committed to participate in such a boycott.”

In her criticism of the travel restriction, Zimmerman joins a chorus of American Jews.

“I’m not a member of BDS movement, but I believe that BDS is a legitimate, non-violent tactic and I personally support economic and diplomatic action and pressure against the occupation,” she said.

She said it will be “devastating” if she is not let into Israel, and urged Jewish Americans to be “outraged that this law is going to most likely disproportionately affect Palestinians and other Arab and Muslim folks.”