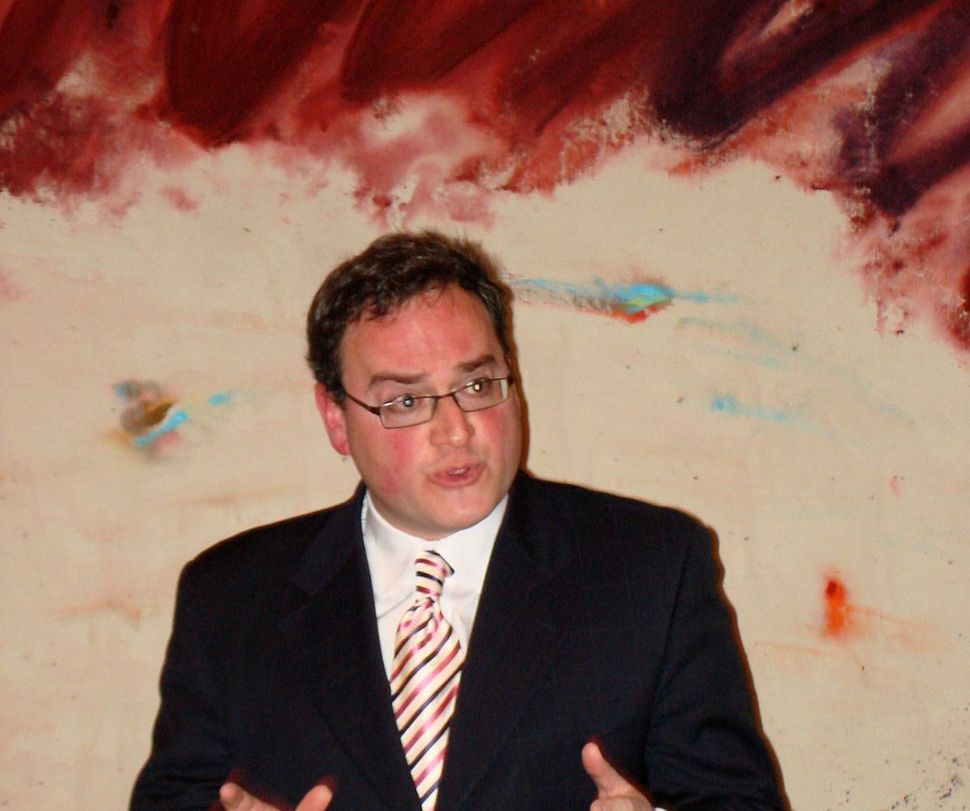 Since the rise of the “alt-right,” a contemporary white nationalist movement, many Americans have looked to Canada as one of the few places where far-right populists have not gained traction. But not so fast. Our northern neighbor, it turns out, has its own Breitbart look-a-like, The Rebel or Rebel Media, and its founder is the Jewish pundit Ezra Levant. Besides his distinctively Hebraic name, here are five fast facts about the controversial writer and activist.

Like Steve Bannon, a sort of Zelig who’s had his hand in documentary filmmaking, Hollywood and Goldman Sachs, Levant has moved around a bit. He founded the Western Standard, a now defunct conservative magazine focusing on Canadian West, and also lobbied for a tobacco firm, Rothman’s Incorporated. He also hosted a show and wrote a column for Sun Media, which has since folded. He founded The Rebel two years ago.

The Rebel keeps on its staff Gavin McInnes, a co-founder of the hugely popular Vice Media company turned Milo Yiannopoulos-type troll. McInnes recently capped a 10-day trip to Israel with a video called “10 Things I Hate About Jews,” in which he ridiculed the Hebrew language, the holiday of Purim and the sexual self-control of Jewish people. He’s in the past attracted negative attention for comments about trans people and Muslims.

In a commentary from his time at Sun Media, he went on a televised rant against the Roma, or Gypsy people, whom he unfavorably contrasted with Jews. “These are gypsies, a culture synonymous with swindlers,” he said. “The phrase gypsy and cheater have been so interchangeable historically that the word has entered the English language as a verb: he gypped me. Gypsies are not a race. They’re a shiftless group of hobos. They rob people blind. Their chief economy is theft and begging. For centuries these roving highway gangs have mocked the law and robbed their way across Europe.” His network apologized for the incident.

Levant has focused on supposed crime committed by Muslim immigrants to Canada, and regularly hosts on his Rebel show prominent Muslim-haters like Pamela Geller. He has produced segments that purport to show Muslim refugees overrunning Europe. He identifies as a Zionist and supporter of Israel.

6. Backer of the Conservative Party

Levant is predictably a supporter of Canada’s Conservative Party and its ex-Prime Minister Stephen Harper. He started a campaign to rename an airport in Alberta after the former prime minister, and has called the current Canadian leader Justin Trudeau “a buffoon” and the “stupidest leader in the world.”