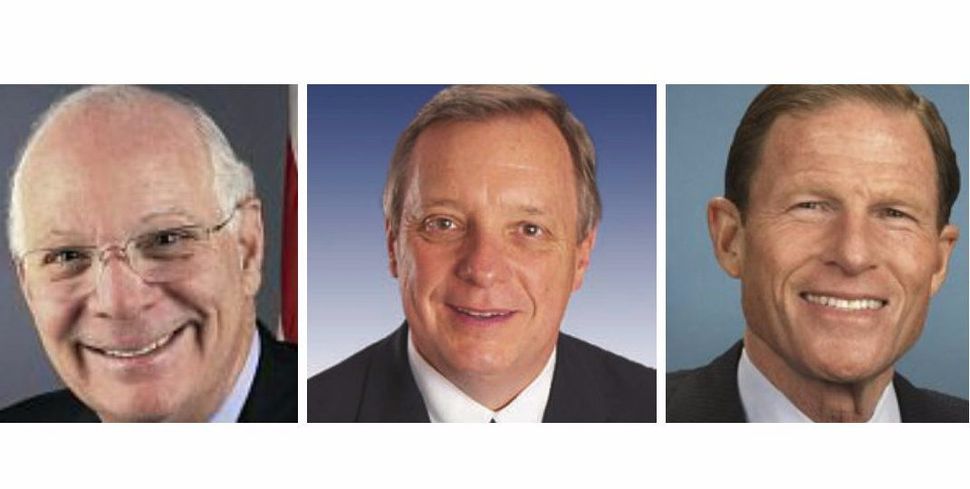 Three Democratic senators are calling on the administration to investigate whether President Trump’s counter-terrorism adviser Sebastian Gorka broke the law by not disclosing to immigration authorities that he was a member of a Hungarian Nazi-allied group.

Senators Dick Durbin of Illinois, Ben Cardin from Maryland and Connecticut’s Richard Blumenthal wrote a letter to the Department of Homeland Security and the Justice Department, asking them to examine Gorka’s immigration papers.

The senators based their letter on the Forward’s report which found that Gorka swore loyalty to Vitezi Rend, an ultra nationalist organization which according to the State Department, its members are presumed to be inadmissible to the United States.

“We are deeply concerned by reports that Dr. Gorka concealed the material fact of his membership in the Vitezi Rend, a far right anti-Semitic Hungarian organization, when he applied for U.S. citizenship,” the three senators wrote.