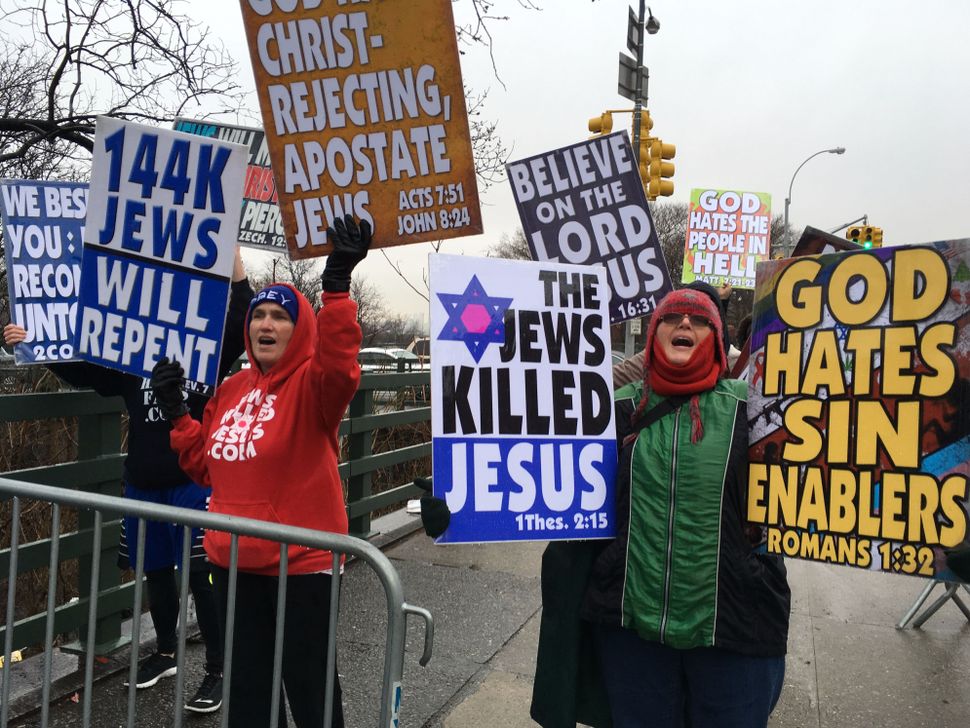 The five women from the Westboro Baptist Church who protested outside of Yeshiva University on Monday, March 27 did not hold any signs related to gays being “doomed,” as they have done in previous demonstrations. Instead, all of their signs attacked the Jews, claiming they had “killed Jesus.” The Church members also sang, “wrath will soon pour on you, for your harmful sins, your great affliction, it will soon begin,” adapting the lyrics to the tune of the Israeli national anthem Ha Tikvah.

The hate group, which targets Jews, LGBTQ people, and members of the military, announced in February that it would stop by Yeshiva University in March during its “God Hates Your Idols Preaching Tour” because it “encapsulates the perverse state of both modern Judaism and the American university system.”

Simone Somekh is a freelance journalist currently pursuing an M.A. degree in Journalism and European & Mediterranean Studies at New York University. Follow him on Twitter @simonsays101.