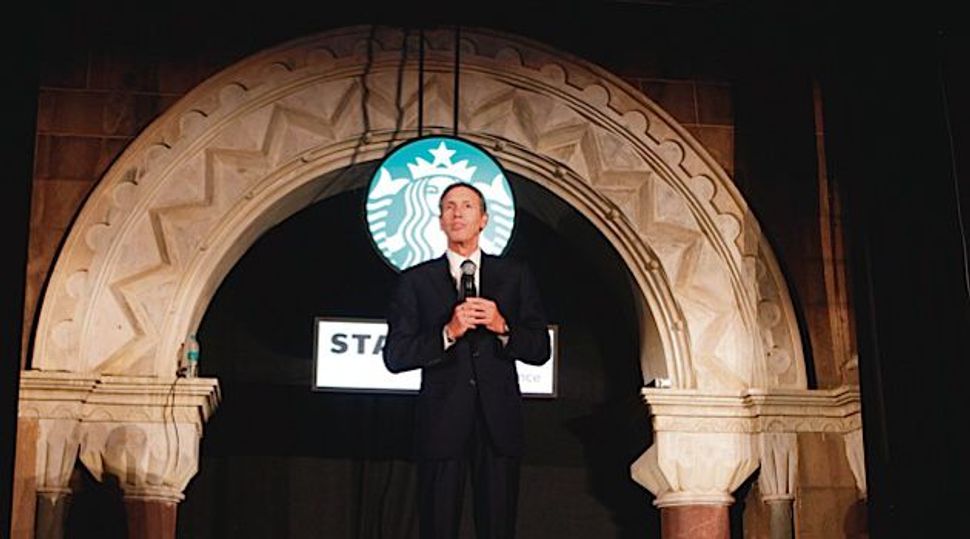 The New York Times reports that Schultz, who is stepping down next month, is being courted by Democrats to run. David Gergen, an adviser to four presidents and co-director of the Center for Public Leadership at Harvard Kennedy School told The Times the public is “longing for a strongman, or woman” and Schultz is “definitely being pursued.”

“He has a powerful social conscience,” Gergen added. “He comes from a very different place than the kind of chief executive with a big ego who wants the trappings of presidential power.”

Schultz did not respond to questions from The Times about his run.

The coffee mogul is 63 years old and is worth an estimated $3 billion, according to Forbes. He has stood by his pledge to hire refugees at a time of “America First” rhetoric from the White House.

Schultz endorsed Hillary Clinton for president last year and was reportedly on a list of potential cabinet officials.