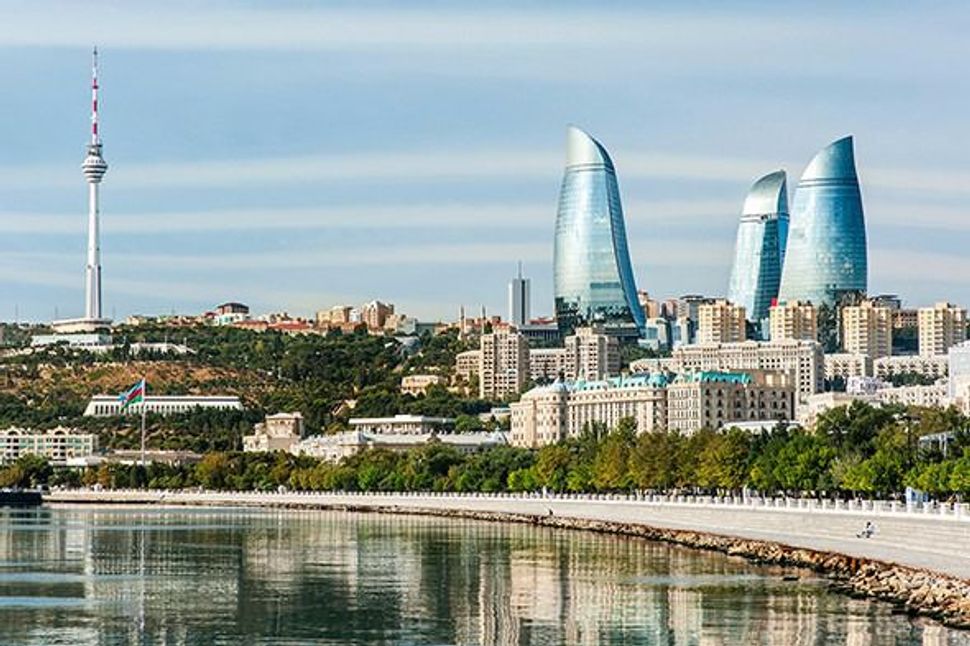 WASHINGTON (JTA) — Three Democratic U.S. senators are calling for a federal investigation into allegations that President Donald Trump did business with an Azerbaijani family alleged to have busted Iran sanctions.

The letter Thursday from Sens. Sherrod Brown of Ohio, Dianne Feinstein of California and Ben Cardin of Maryland is based on reporting earlier this month by the New Yorker that detailed efforts to build a Trump International hotel in Baku, Azerbaijan’s capital.

Trump’s real estate development and branding business ended its ties to the initiative in December and the building stands unused.

The Mammadovs, a politically connected family, according to the New Yorker story, have a relationship with Azarpassillo, an Iranian company headed by Keyumars Darvishi, who has ties to the Iranian Revolutionary Guard Corps. Dealings with the IRGC are blocked by U.S. sanctions law; not knowing one is dealing with a sanctioned entity does not necessarily absolve an American business from criminal liability because of the due diligence laws.