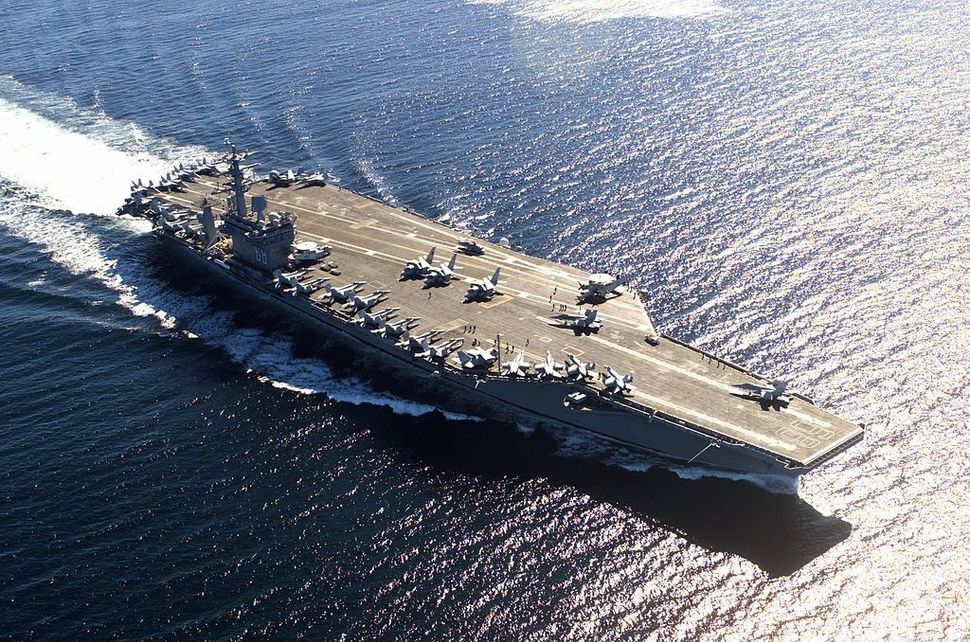 Think organizing a Passover Seder is hard work? Try doing it in the middle of the ocean.

Lt. Nicholas Fritzhand, a weapon-systems officer, will be conducting a Passover Seder aboard the U.S.S. Nimitz, the oldest active U.S. aircraft carrier, on April 10. The Seder, conducted 500 miles from shore in the middle of the Arabian Sea, will be made possible thanks to supplies shipped via Priority Mail from The Aleph Institute, a non-profit run by the Chabad movement, which seeks to help Jews learn more about Judaism.

“We are sending supplies for more than 500 Passover seders across the globe,” Rabbi Menachem Katz, director of Prison and Military Outreach for The Aleph Institute, told Chabad News. “This will serve about 5,000 people.”

“It may not be the fanciest of seders, but we have the basic supplies, so we will make it work,” Airman 1st Class Mariel Meltzer said. “When you are in an isolated location, it doesn’t matter if you have a white tablecloth, a big meal or even someone who can sing on key. If there are Jews, matzoh and a kosher-for-Passover MRE [military-speak for Meals Ready to Eat], that’s all you need.”